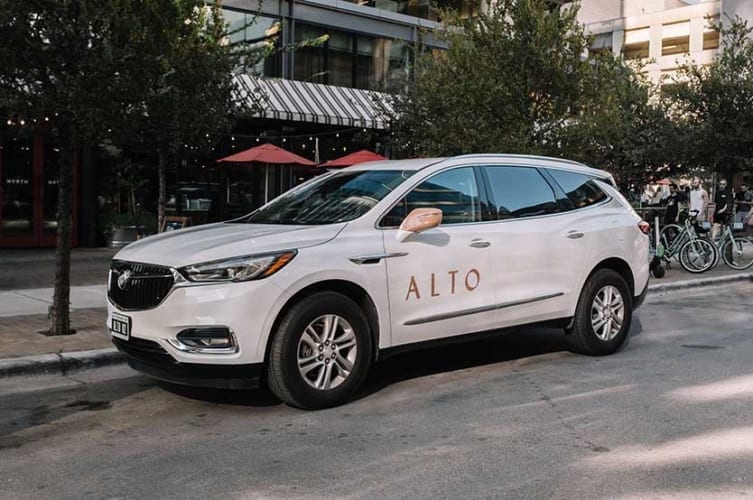 The rideshare and bike-share industries stole the headlines this week in on demand with new announcements, launches, and team expansions. So, sit back, relax, and get up-to-date on the latest gig economy happenings with this week’s news rundown.

Alto Looks to Shake Up the Rideshare Industry

The on demand rideshare industry has long been dominated by Uber and Lyft. Now, a new Dallas-based startup is entering the sphere. Alto rounded out its two-part Series A round with investments totaling $14.5 million. The funding was led by Road Ventures with frogVentures contributing.

Alto went live over the holidays. Using a subscription-based business model, only members that join the platform are allowed to request rides. While the service is currently limited to the Dallas Metro area, the company plans to open their Series B funding round in the spring to assist with their expansion goals.

Competing with established brands, like Uber and Lyft, has proven a tough job for many companies. However, Alto hopes to stand out from its competitors with its focus on safety for both drivers and passengers. The company’s drivers are employees instead of contractors, and each undergoes in-depth vetting and training. Also owns and maintains the vehicles, which are newer SUV’s. Additionally, passengers are able to control their ride experience directly through the app by negating cabin temperature and choosing music.

This week, rideshare customers in certain cities began reaping the benefits of their Uber-brand loyalty. The Uber Rewards program officially launched in 25 markets on Tuesday, providing discounts and perks for frequent riders.

Uber first announced the program back in November, merely days after Lyft introduced the concept for theirs. However, Lyft Rewards still hasn’t made an appearance, and the company hasn’t yet released any information regarding the program’s launch date.

Soon, Uber Rewards may become available to frequent flyers as well. The rideshare company is partnering with Boeing and Bell to create an on demand flying taxi service known as Uber Air. On Wednesday, news broke that the program’s prototype aircraft made its first successful flight. The test took place in Virginia, and according to Boeing’s chief technology officer, the monumental moment came after a year’s worth of design and engineering work.

After celebrating a market expansion into all 50 states last week, DoorDash is focused on team expansions this week. On Wednesday, the food delivery company announced the addition of Ryan Sokol as vice president of engineering. Previously, Sokol was heavily involved in the launch and growth of Uber Eats.

Sokol isn’t the only Uber employee to jump ship for DoorDash. In July of last year, the company hired Prabir Adarkar as chief financial officer. Prior to his hire, Adarkar worked as the head of finance for Uber.

New e-bike startup, Wheels, announced a $37 million funding round this week headed by Tenaya Capital. The company was founded by Jonathan and Joshua Viner, who also founded the dog-walking company Wag. After leaving Wag, the two brothers started Wheels last year using their own capital.

Wheels hopes to enter markets in Southern California soon, followed by a wider expansion across the U.S. While the current bike-sharing market is fairly saturated, the company hopes to enter as a strong competitor thanks to its interchangeable design and sustainability focus.

While Wheels looks to take on the U.S. market, a top player in the Chinese market will soon sport a new name. Mobike is being rebranded as Meituan Bike. The change following the company’s acquisition by Meituan-Dianping last year. The official name change is expected to take place sometime this year.

On Wednesday, Amazon announced its new robotic pilot for last-mile deliveries. The program relies on a small robot dubbed Scout, which was developed by the company’s in-house robotics team. The system features a small container used to hold packages and is powered by a rechargeable electric battery and six wheels. Currently, six Scouts are making deliveries in Snohomish County, WA.

How the move will affect the role of Amazon Flex drivers is unknown. While the company hasn’t commented on the future of last-mile drivers, robotic assistance may eliminate the need for freelance delivery contractors altogether. It also raises questions regarding the need for traditional delivery paths, like UPS and FedEx.

That’s a wrap on this weeks on demand news. Check back next Friday to catch up on the biggest headlines of the week.

Next Post: Postmates Driver: How To Become A Postmates Courier