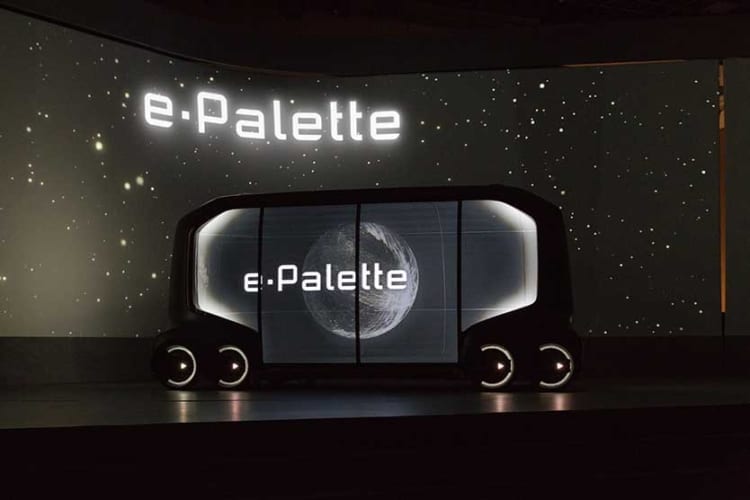 This week, Amazon Restaurants closes because it couldn’t compete with Uber Eats and Grubhub, rumors fly that Uber is in the final stages of its drone delivery service program, and 400,000 new bikes are coming to the Chinese province of Canton.

Amazon announced this week that it is shutting down its food delivery service Amazon Restaurants on June 24. Experts speculate that fierce competition among major players like Uber Eats, Grubhub, and Postmates made it impossible for Amazon to gain any market share.

While it’s unusual for Amazon to back down from a fight, we believe that this is a smart move for the retail giant. By only allowing Prime members to participate in the service, they limited their ability to compete. Amazon Restaurants began in Seattle and expanded to over 20 cities. They closed down their London operation back in 2018.

Just weeks after Amazon announced its Prime Air package delivery service would begin this summer, Uber had an announcement of its own.

The company is seeking FAA approval for a drone food delivery service in San Diego. If all goes well, deliveries would begin this summer in San Diego. The drones would not deliver food directly to customers but would deliver food to a landing spot. Uber Eats drivers would pick up the orders and take it directly to the customers.

Uber Eats is already a leader in the food delivery market. If all goes well with the drone delivery service, this could be the break they need to beat out Grubhub for the number one spot. It will be interesting to see how this develops and if any other food delivery services begin copying their idea.

Toyota and Softbank announced they are investing in a new self-driving service called Monet that’s slated to open in 2020.

Monet will begin operating in Southeast Asia. The company plans to begin by rolling out on demand bus and car services in Japan next year, with an expansion into electric vehicles by 2023. Toyota and Honda already own a 10% stake in the company.

Will Monet become enough of a major player to compete with other Softbank-funded companies like Uber and Didi? Only time will tell. Softbank executives noted they are not worried about the competition, since Monet is funded by Softbank Corp., and their potential competitors are funded by the Softbank Vision Fund.

It will be interesting to see how much ground Monet gains over the next five years. With investors like Honda, Toyota, and Softbank, they are likely to gain a significant amount of market share once they begin operations.

Hyundai announced it is investing in the self-driving car service startup Aurora. The investment is part of a Series B round of funding that includes over $600 million in investments from other companies, including Amazon and T. Rowe Price Associates.

Aurora creates sensors, data services, and software for manufacturers to integrate into their vehicles. The details of the deal with Hyundai are scarce, but Techcrunch reports Aurora is working with both Hyundai and Kia to integrate Aurora’s “Driver” package into Hyundai’s flagship fuel cell vehicle NEXO.

Aurora has worked with a variety of manufacturers including Volkswagen and Chrysler Fiat. Though they ended their partnership with Volkswagen, they are still working with Chrysler to integrate their software into commercial vehicles.

As the race for a Level 5 autonomous vehicle continues, it is clear that Aurora will become a major player in the space. By partnering with manufacturers like Hyundai, they are likely to help fuel the innovation needed to take autonomous vehicles to the next level.

Three of China’s largest bike rental services ― Mobike, Hellobike, and Qingju ― obtained permission from the Chinese government in the city of Guangzhou.

This is great news after a ban on new rental bikes stifled the growth of bicycle rental services in the city. One rental service was left out in the cold ― Ofo, which defaulted on its debts in 2018 is no longer allowed to operate. The bikes are still scattered along city streets and angry customers are waiting for their deposits to be returned.

The three operators that received permission to increase their fleets are only allowed to operate in six districts of the city and have quotas for the number of bikes they are allowed to add.

While bike rental is exploding in the US, other countries are starting to see the downside of micro-mobility services. We’ve reported before on the problems with legislation, scooter-related crashes, and data collection associated with these types of trips.

Though China is starting to loosen their grip on the number of vehicles these services can add, other major cities around the world will hopefully follow their example.

Previous Post: 10 Personal Branding Tips All Freelancers Should Embrace and Use

Next Post: How to Make Money with Airbnb – Even if You Don’t Have a Property to Rent!