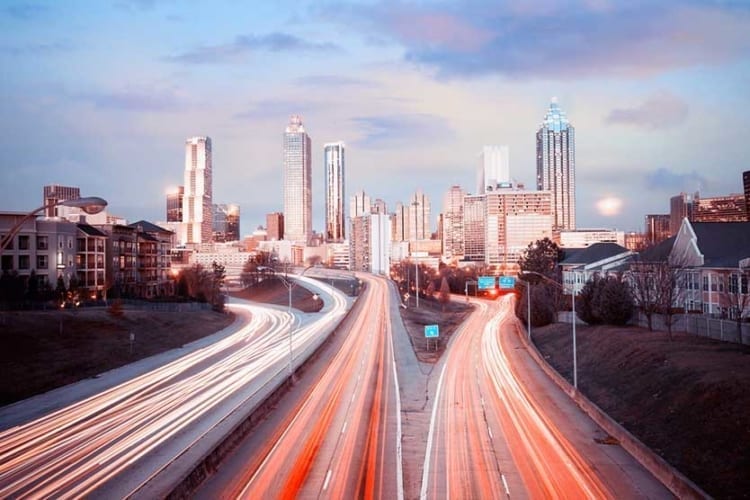 Uber launched in Atlanta in 2012 and Lyft wasn’t far behind, with drivers coming on board just a year later. With Atlanta’s busy airport, high-energy nightlife, and bustling shopping and restaurant scene, ride-hailing companies just make sense.

Whether you’re just beginning your Uber or Lyft driving side gig in Atlanta or you’re an expert at secondary roads and navigating the Hartsfield–Jackson Atlanta International Airport, we have some driving tips to help you make more money and spend less time in traffic.

When you’re logged on and ready to make cash, there are a few popular ride spots in Atlanta. Depending on the time of day or night you drive, head to these hotspots to wait for a rider.

If you drive during the day:

If you drive late at night:

If you drive on the weekend:

The best hours for driving Uber or Lyft in Atlanta revolve around the morning and evening commute, weekend festivities, and the city’s spectacular nightlife. To get the most rides in the ATL, focus on weekdays from 6 a.m. to 9 a.m. and 4 p.m. to 8 p.m.

The weekend is ripe with ride-hailing customers, especially before and after major sporting events or concerts and late-night socialite mingling (11 p.m. to 3 a.m.).

Atlanta is also home to the Hawks, Braves, and Falcons, so don’t forget about Suntrust Park, State Farm Arena, and the Mercedes-Benz Stadium on game days/nights. 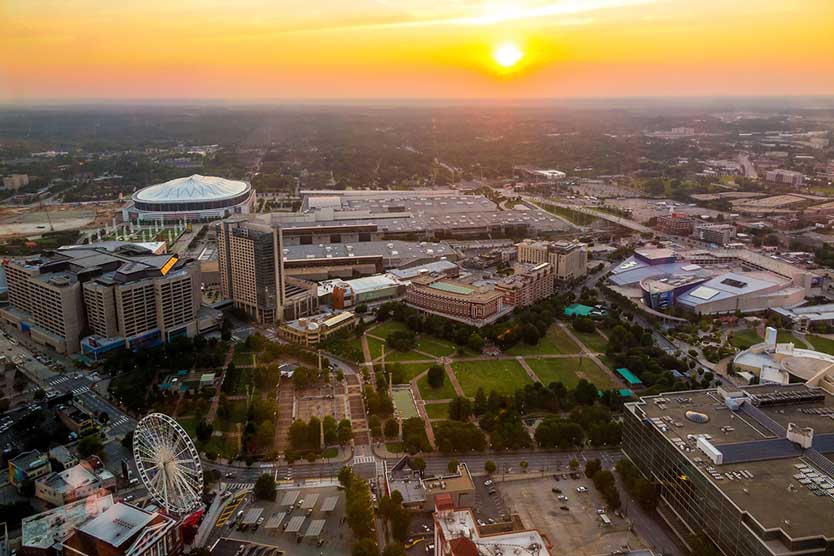 As you can imagine, the congestion around America’s busiest airport, Hartsfield–Jackson, can quickly build. Construction planned for the airport created a need for a central location for Uber and Lyft drivers picking up riders at the ATL airport.

In August 2017, Uber and Lyft drivers made the transition to picking up passengers in the North and South Economy lots of Hartsfield–Jackson. The lots are a relatively short walk from baggage claim, and the airport created a virtual guide for how each pickup area works. The pickup spots are slated to be a temporary fix until airport construction is complete, scheduled for early 2019.

If you’re curious how much an Uber or Lyft driver makes working in Atlanta, these numbers should help you decide if you’re making enough as a current driver or if you want to pursue working for a ride-hailing company in the city.

While you may just be saving up for your next vacation with cash from your Uber or Lyft side gig, there’s no reason to not make as much as possible. If you’re interested in making more money as a rideshare driver in Atlanta, check out the tips below.

Atlanta is infamous for its busy traffic, which can make or break your Uber and Lyft profits. Similarly, while attractions and shopping centers are a natural hotspot for drivers, there are particularly busy areas only known to Atlanta rideshare drivers that have been in the city for a while. Keep these times and areas in mind when planning your rideshare shifts and routes:

Best Times to Pick Up Riders

Some of the busiest areas include bars in the Buckhead area, 12th and Crescent Avenue in Midtown, West Midtown, Edgewood, and Cheshire Bridge. Look out for significant surge pricing in these areas on Friday and Saturday nights until about 3:15 a.m.

While the Peachtree Boulevard corridor in Chamblee is busy, it’s also filled with fellow Uber and Lyft drivers—avoid using this area as a waiting spot for a trip because of the high volume of competition.

The northern suburbs of Atlanta—Peachtree City, Chamblee, and Alpharetta—can be profitable if you’re willing to travel outside the city.

Before you start taking rides, be sure to do a quick online search for road closures, construction, and traffic accidents so you can avoid these areas and find appropriate alternatives.

Morning rush hour typically runs from 4 to 10 a.m., with the busiest traffic starting around 6 or 7 a.m. Evening rush hour starts at about 3:30 p.m. and goes until about 7:30 p.m. If possible, avoid busy highways during these times.

If you are trying to avoid Georgia 400, try taking SR9, which parallels Georgia 400. During rush hour traffic, avoid I-85 by taking Highway 29, which runs parallel or get on Highway 23, U.S. Highway 123, or the Downtown Connector.

One Last Tip for Rideshare Drivers in Atlanta

Heavy traffic, road construction, and road closures are a part of Atlanta. None of that is expected to change anytime soon, so it’s best to know how to make the best of it (and avoid it when possible). These last Atlanta traffic tips will help you avoid delays and losing your mind in gridlock traffic.

Finally, don’t think you have to choose between driving for Uber or Lyft. You can do both. We’ve already broken down the differences and benefits of working for a rideshare company as a side gig. As you travel Atlanta as an Uber or Lyft driver, keep these tips in mind to help maximize your experience and your paycheck.

Previous Post: Lyft Subscriptions, Instacart Checks Out, And Uber Works – This Week In On Demand

Next Post: Amazon Flex: Getting Started As A Driver

What Amenities Should You Offer Your Lyft Or Uber Passengers?

How To Get More Uber Pings Or Lyft Requests