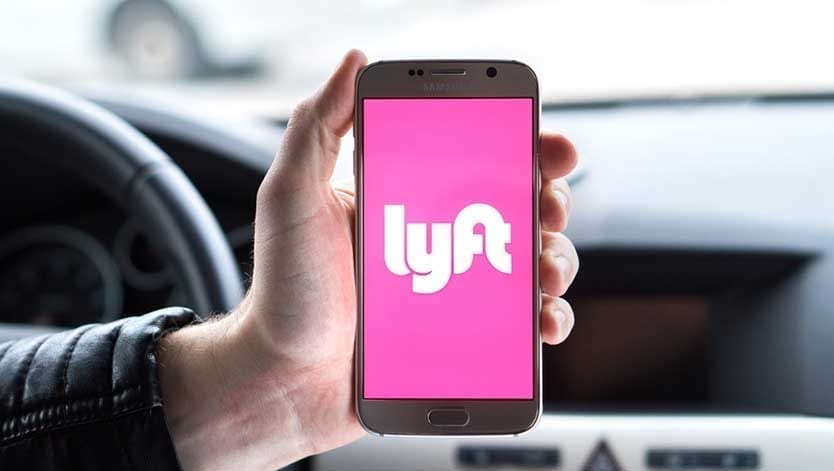 There are plenty of drivers who are steadfastly Uber-only; for a long time, Uber was the only game in town when it came to rideshare companies. People stayed busy with Uber, and were making enough money that it wasn’t worth their time to keep switching back and forth between it and Lyft. If anything, it would only make them a few more dollars anyway. A couple of years ago, drivers who ran both the Uber and Lyft apps concurrently, would usually get ten Uber requests for every Lyft request.

But times are changing, and Lyft has been gaining popularity fast. Sure, most Uber drivers will still tell you that Uber is busier in their market, and they would be telling the truth. In most markets, if you run both the Uber and Lyft driver apps at the same time, you’ll still get more requests from Uber. However, in a number of markets, if you mainly run the Lyft app, occasionally turning on the Uber app (in the suburbs mostly), you’ll make the same, if not more, money.

Lyft’s market share has increased over the past 18 months, and Lyft’s growth rate in the U.S. now far exceeds Uber. In fact, there are some areas where Lyft is far more popular than Uber, and plenty more where it’s just about on the same level. Still not convinced? Here are some things to consider.

Geographical area plays a large part in the popularity of Uber vs. Lyft

There are no real hard-and-fast rules when it comes to whether Uber or Lyft are more popular in a given area. There does seem to be a vague trend toward Lyft being more popular in urban areas, with Uber being more popular in suburban areas, but even if you’re in a less populous area, Lyft is still growing faster. Here’s what a couple of Lyft drivers have earned recently in Boston and Washington, D.C. (gross earnings shown – take home pay would be about $1200 (D.C.) and $1700 (Boston) 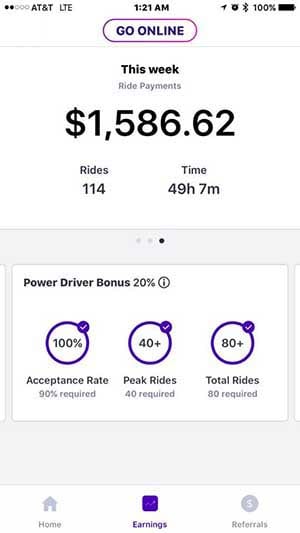 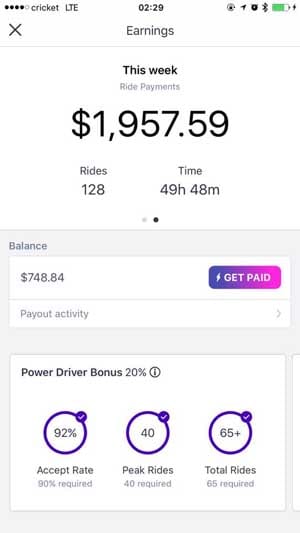 But no matter where you are, Lyft is probably more popular than it was, say, last year. They’ve significantly expanded their range, meaning that even if Lyft didn’t even offer service in your area a while back, they probably do now. And if they’re offering service, it means there’s a demand for it — which means you might be able to fill that hole.

Driving for both Lyft and Uber is actually less difficult than you might think.

If you’re approved for both driving apps, you can easily switch back and forth without really losing anything from either one. Lyft has basically caught up with Uber when it comes to app functionality, so you’ll end up making pretty much the same amount per ride no matter which one you use. The apps are also very easy to use. They do cater to different clientele — but that’s a good thing. It explains why there are so many riders on each one, and why you can use both without losing money.

There are definitely quirks to each; that does explain why some people prefer driving for one over the other. However, if you’re willing to put in just a little bit of effort, you can get adjusted to it, and switch back and forth without any real difficulty. That effort is worth it, if you can make some more money.

If you don’t like running the Uber and Lyft driver apps at the same time, and switching back and forth manually, not to worry – there’s an app that will do it for you! If you have an Android phone, you can download Mystro, a great little app that will automatically run both apps for you. Even better, the app will only accept rides based on your criteria.

If you’ve been following the news, you might know that Uber hasn’t turned a profit yet. Lyft hasn’t either, but they’re much closer to profitability than Uber. Uber investors aren’t widely worried, because it’s not uncommon for startups to lose money for a long while, but Uber has lost more than any startup in the history of the world. There’s a chance they might start changing their pricing model, which may be bad news for drivers. Unlike Lyft, Uber has incredibly high overhead, mostly due to their breakneck expansion, and their tendency to overstaff in new markets.

Obviously, nothing is set in stone, and Uber might even start being more profitable than Lyft. However, it’s never a bad idea to have a fallback plan, just in case.

So what’s the verdict?

If you haven’t tried Lyft, or you haven’t done it in a while, it’s a great idea to try it again. Lyft is expanding, closer to being profitable, and paying out at basically the same rate as Uber, which means there are really no drawbacks to using both of them. Especially if you’re in a very urban area, Lyft is probably booming, and you might as well get more rides when you have some downtime! Take that extra step — you may be surprised by how much more you get paid when you add Lyft to your rideshare repertoire.

If you haven’t signed up to drive for Uber or Lyft, check out our prior post on whether you should sign up to Drive With Lyft or Uber.

Stay safe out there, and drive profitably.

Next Post: Uber vs. Lyft – Which App Is Better?

How much do cities make from Uber and Lyft airport runs?