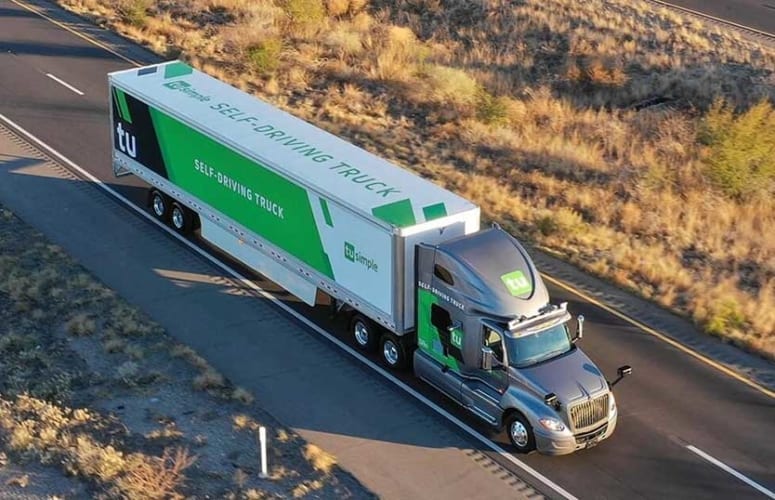 This past week, UPS announced an expansion of its autonomous freight vehicle program, Porsche invests in new tech to help improve AV safety, and Nomad Rides prepares to take on Uber and Lyft.

Though Uber and Lyft currently have a combined 98% of the rideshare market, Nomad Rides wants to shake up the industry.

The startup began a new service back in February that charges riders less and pays drivers more. Nomad uses a subscription model, charging riders a flat $25 per month for unlimited rides. They claim to charge riders 20 percent less than Uber and Lyft and pay their drivers 20 percent more.

Nomad Rides began at the University of Indiana in Bloomington and the results were impressive: in 61 days, they completed 5,700 rides. Now, the startup has caught the attention of Silicon Valley and is a part of the Y Combinator.

With mounting pressure on Uber and Lyft to treat their riders better, the market will be receptive to companies like Nomad. With a flat monthly fee, riders can better plan transportation expenses and not have to worry about price hikes during peak demand.

The idea isn’t without challenges. In cities where the cost of fuel and transportation is higher, prices will have to be adjusted. Also, frequent travelers will have to have a “home base” in order to accurately price their services. Will the idea take off? Most definitely. With the backing of Y Combinator, Nomad Rides is on its way to becoming a household name.

We reported back in May on the new partnership between USPS and self-driving trucking company TuSimple. Apparently, they’ve also caught the eye of UPS and have been working with them on a similar program.

The Level 4 Autonomous trucks have been running on five different routes between Phoenix and Tucson, Arizona, since May. Both a safety driver and engineer have been riding in the trucks as required by law, though the computer is in complete control.

As mounting pressure and regulations continue to pile up in the ridesharing industry, we’ve been reporting on how these same concepts are solving huge problems in the logistics sector.

TuSimple is doing a great job of securing big-name clients and successfully testing their trucks. What’s next for TuSimple? Only time will tell. Now that Florida no longer requires drivers in AVs, maybe the company should head down to the Sunshine State for a little further testing.

On Wednesday, Porsche announced it has acquired a minority stake in an Israeli startup that specializes in the manufacture of short-wave infrared (SWIR) cameras.

TriEye has come up with a new way to manufacture SWIR cameras that cost less than the current model. These cameras are often used to help human drivers see in foggy conditions and extreme weather. SWIR cameras can also assist autonomous vehicles in the same way.

The amount of the investment was undisclosed, but since Porsche also owns Volkswagen, this will provide a less-expensive route for safety features on cars with a smaller price tag.

As companies like TriEye begin to come up with less expensive ways to make parts necessary to the safe operating of AVs, expect innovation to increase.

Industry experts say Didi Chuxing is poised to begin operations in South Korea next year through an affiliate, Mirae Ohsung.

The Chinese ridehailing giant made headlines recently when it announced it was opening up its infamous app to allow smaller competitors to offer rides to customers on its platform. The service began a few weeks ago. It’s a win-win for Didi and small companies that don’t have the same name recognition or advanced technology.

According to Mirae Ohsung, they’ve finished development of the mobile platform and are waiting for Didi’s approval. In addition to traditional ridehailing, Mirae is also offering a taxi service and a van service with vans that hold 10 passengers.

Nothing is final yet, and the taxi and van service offerings haven’t been confirmed. As the Chinese economy continues to experience problems, global expansion is just what Didi needs to compete with household names like Uber.

As transportation costs continue to soar, Ocean Spray announced it’s teaming up with Uber Freight to transport goods from their processing and distribution centers to stores around the nation.

Uber Freight is a relatively new player on the logistics scene. Unlike other companies, Uber doesn’t do the delivering. They simply provide the app that connects companies with small transportation carriers to get goods delivered.

The food industry has strict regulations on the delivery of produce and perishable goods. Food must be delivered within 36 hours of pickup.

Will Uber Freight provide some stability to a company that’s been losing big lately? It’s hard to tell. There are so many new services offered by the ridehailing megacorporation, it seems that they are losing focus.

Smart Tips for Integrating a Side Hustle into Your Life