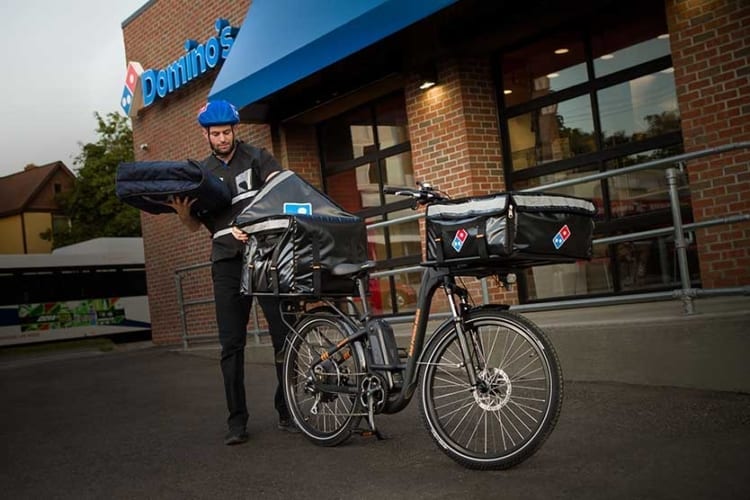 This past week, a new Oregon carsharing project in Hood River won a large federal grant, Waymo announces a new testing program in Florida, and Domino’s announces a new plan to compete with the likes of UberEats and Postmates.

Though car sharing services are common in big cities, the electric vehicle advocates at Forth are trying to change that.

The Department of Energy awarded a $548,540 grant to the Portland, Oregon, group (formerly called Drive Oregon) to help them place five plug-in vehicles in rural communities.

American Honda has loaned the group five Clarity electric vehicles. The EVs will be stationed at one of five charging stations in Hood River, Oregon. Customers can rent the cars through Envoy Technologies.

This is definitely a step in the right direction, but a lot of challenges lie ahead for the program. Customers have to get to the vehicles in order to use them, which can be challenging. Also, there’s a lack of reliable internet service in many rural areas, which makes using the necessary platform to rent a car nearly impossible.

But these challenges can be overcome. It’s exciting to see electric cars start to make their way into rural communities, where they are desperately needed.

DoorDash Takes a Play Straight Out of UberEats’ Playbook

Less than a month after UberEats announced a partnership with the Olo Rails restaurant software, DoorDash came out with a similar announcement.

According to a press release on Yahoo! Finance, the partnership allows restaurants to use DoorDash for delivery and “streamlining existing delivery operations to accommodate for peak times, unexpected surge of orders, downtime, and service outside of standard areas”

While these partnerships have obvious benefits for both the delivery service and the software makers, small, locally-owned restaurants benefit as well.

Small restaurants that invest in tech platforms like Revention and Olo can compete with franchises and corporate-owned restaurants by offering delivery services.

Waymo to Test AVs in Florida During Heavy Rain

Now that driverless cars are allowed to operate in Florida without a safety driver, Waymo is taking advantage of the new regulation.

Even though Florida is sunny most of the year, June 1 through November 30 is hurricane season. Heavy rain is typical during this time of year, even if the state isn’t directly hit with a hurricane.

That’s why Waymo is headed to the Sunshine State during the soggiest season of the year. The company is going to test its autonomous vehicles at a track in Naples, Florida, during rainstorms to see how well the cameras and sensors hold up.

This isn’t the first time Waymo has used extreme weather to its advantage. The AV vehicle maker began testing their vehicles during extreme winter weather in Michigan back in 2017.

As AV manufacturers look to create cars that hold up under any and all weather conditions, expect to see more than just Waymo headed to Florida to battle-test their prototypes.

According to TechCrunch, Kobo360 recently raised a combined $30 million in a Series A funding round and working capital from various Nigerian banks.

Kubo360 matches companies, truckers and delivery services on an app that works similar to Uber. The logistics startup began in 2017 and has an impressive client roster that includes Unilever, DHL, and Honeywell.

The Series A round was led by Goldman Sachs and totaled $20 million, while the working capital from Nigerian banks totaled $10 million.

We’ve reported before on how companies like TuSimple and Phantom Auto are tackling big problems in the logistics industry. As startups like Kobo360 begin to receive more resources to streamline delivery services, what began as Uber is now solving problems the company never thought to tackle.

In an effort to compete with delivery services like DoorDash and UberEats, Domino’s announced a new ebike pizza delivery program.

Rad Power Bikes has teamed up with Domino’s to provide the pedal power for pizza deliveries.

According to Domino’s, the innovative pizza delivery service will begin rolling out the new delivery program in its corporate stores later this year. Instead of a full-scale deployment, Domino’s will start with its Baltimore, Houston, Miami, and Salt Lake City locations.

Rad Power Bikes Commercial Division will be handling the partnership. According to the company’s blog, Rad’s B2B sales increased 600 percent between 2017 and 2018.

Will Domino’s be able to bring up its bottom line? Probably so. The pizza king has continually been at the forefront of innovation in the restaurant industry. If you’re craving some cheesy goodness, you can order Domino’s Pizza on Twitter, Slack, and even Alexa. With innovation like that, they’ll continue to thrive.

Next Post: Didi Chuxing Preparing to Enter South Korea, and a New Startup Takes on Uber and Lyft