I understand that driving for Uber or Lyft can sometimes be stressful. However, if you happen to have an accident, please resist the urge to start shooting. Last night, a rideshare driver in Aurora, IL collided with a Chevy Trailblazer, forcing that vehicle into a telephone poll. No one was seriously injured.

In a situation like this, normally what happens is the drivers get out, exchange some heated words, calm down and exchange information, and maybe call the cops. Nope, that’s not what happened here. Instead, this happened.

The 35-year-old Aurora woman driving the Trailblazer told investigators that she was attempting to reverse her vehicle out of the roadway, when the 39-year-old woman in her passenger seat screamed that Buckner had a gun, police said.

Fearing for her safety, the driver sped away south on East Avenue, police said. Buckner then fired several shots at the Trailblazer, but the bullets did not hit anything. 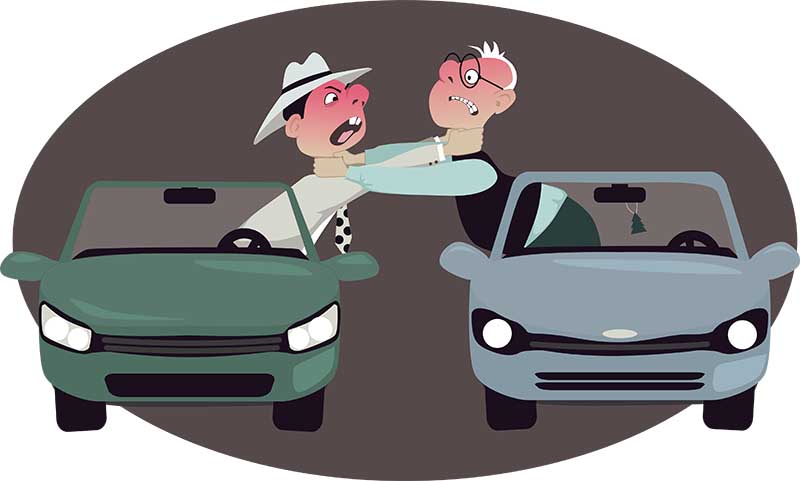 The guy who fired the shots thought the woman was trying to flee the scene. Nevertheless, in this type of situation, jot the license plate down and call the cops. Do not pull a gun and start shooting. I may be wrong, but I’m pretty sure that in addition to getting arrested, that guy is permanently deactivated from Lyft and Uber.

Previous Post: Get a car for Uber and Lyft! Updated vehicle financing options.

Next Post: What’s The Best Car For Uber & Lyft?

Buying A Used Car For Rideshare And Delivery

How to Reap the Rewards of Uber & Lyft Driving

How To Effectively Deal with Common Rider Issues