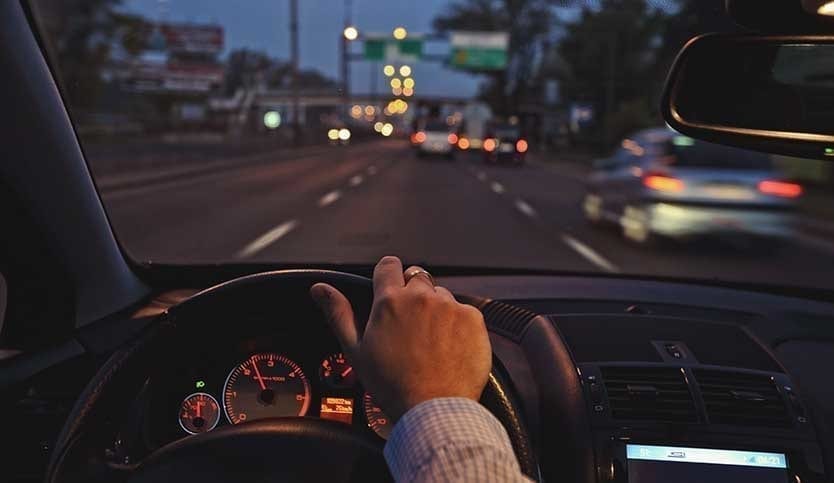 There are all kinds of tips out there about how to ensure that Uber and Lyft passengers stay safe. Discussions surrounding rideshare safety seem to almost exclusively focus on ensuring that the people calling for rides stay safe. This is definitely important. As awful as it is, assaults on passengers do happen, and it’s important to make sure that riders get to their destinations safely. However, it almost seems as though people forget about the equally important half of the equation — keeping drivers safe as well.

Driving Uber or Lyft is generally perfectly safe. However, lots of drivers have at least one story involving harassment by an Uber or Lyft passenger. While many strides have been made in the taxi industry over the last few decades to ensure that drivers are kept as safe as possible, Uber and Lyft drivers don’t have some of the security measures that cabs do. Partitions in cabs, for example, are required in many cities, but are not necessary to Drive With Lyft or Uber.

Here are some of the easiest ways to ensure that you stay safe while driving for Lyft or uber.

Don’t Drive Unsafely Or In Places You Feel Unsafe

Obviously, you want to get as many rides done in the most efficient manner possible. However, it’s always more important to keep yourself safe, and you shouldn’t push yourself into potentially unsafe situations just to chase a little bit of a bonus. For example, it doesn’t really pay to rush and drive like a maniac when you’re in downtown during rush hour. Doing that usually just wastes gas and makes for an uncomfortable ride for the passenger. Also, you increase the risk of getting in an accident.

You can’t really control where the next ride is going to take you. However, keep aware of your surroundings. If a ride takes you into an area where your feel uneasy, simply use the last ride setting on either the Lyft or Uber app, and then drive out of the area when the ride is done. As you probably know, one of the keys to driving Uber or Lyft is to not drive around unnecessarily. So, if you want to pull over to wait for a ride request to come in, try to do so in a well lit area.

If you’re driving in a city where you’ve lived for a good period of time, you likely know where the city tends to be more and less safe. If not, do a bit of research before hitting the road.

Think of the Time

Even the nicest cities can often get a little bit dangerous after midnight. These issues often get compounded with the date; New Year’s Eve is one of the most dangerous nights of the year, and Friday and Saturday nights are more likely to be dangerous than 11pm on a Wednesday. Staying safe often means thinking of the date, the time of day, and anything important that has happened recently in your area. If a big football game with lots of heightened emotions is going to happen later, it’s likely a good idea to just sign off for the night before then, especially if your town’s team loses.

On an everyday level, there are generally some overarching tips that can be helpful for organizing your drive times. Both the morning and afternoon rush hours are often great times to pick up passengers that are much less likely to be a danger. The hours right around a traditional nine-to-five work day are a great time to pick up people who are on their way to work at the same time as everyone else, so there will be plenty of others around you. The timing between the two also tends to be pretty safe; it’s less likely for a dangerous incident to occur in broad daylight. If you’re really concerned about your safety, it’s likely a good idea to start no earlier than about 6am and end no later than about 7pm.

Obviously, at the end of the day, you know your city, and you can always do research on the city by yourself. If the drunks start coming out around 10pm in your area, just avoid driving after then. If you know that there are certain regional holidays where people love to go out and get drunk, avoid the streets during those days. Making an extra couple of dollars is not worth the worry you’ll feel during unsafe conditions, and it’s always a good idea to err on the side of caution when it comes to your personal safety.

Small groups of drivers around the country have beginning forming security networks, usually using a group chat service. Basically, you have a number of drivers join a group in Google Hangouts, WeChat or another messaging service. Then, when you go out driving, you simply keep the chat window in the background. The idea is that if you have around ten or more drivers in a group, there will usually be someone else driving while you are. That way, you have someone you can send a message, or broadcast your location to, if necessary.

Rely on the App

Whether you’re using Uber or Lyft, there are a few features of the app that are there specifically to ensure that you get your passengers to and from their destinations safely. These companies want to keep you safe, but it’s not altruism. It’s more that neither Uber or Lyft want another lawsuit on their hands!

The first bit of help the app can give you comes in the form of passenger ratings. When you get a notification with a prospective passenger, the app will also give you that passenger’s rating — a cumulative measure of the ratings they’ve been given across other drivers they’ve been transported by. Like your driver rating, that passenger rating will go down if they’re rude, mean, obnoxious, or otherwise unsafe. If a passenger’s rating drops particularly low, the company will likely take action, but it’s a good idea to take the rating into account when you’re deciding whether or not to accept the ride. You want to accept as many rides as possible, but if you’re debating whether to accept a passenger with a 4.3 rating —  it’s just a good idea to say no. You don’t want to put yourself into a situation that could have easily been avoided. If someone’s pulling a 4.3, the ride is likely to be unpleasant.

Another thing the app allows you to do is cancel rides. Though you of course want to avoid canceling rides if at all possible, you always have the right to cancel if you pull up to the pick-up spot and you feel unsafe. Whether that’s because the person is not who they described themselves to be, they have a weapon or menacing item, or they’re engaging in behavior that makes you uncomfortable, you’re never forced to let someone into your car. Upon canceling a ride, make sure you explain why the ride was canceled. If the rider was misrepresenting themselves by doing something such as claiming to be a completely different person, it may be cause for Uber or Lyft to take action against that passenger and ensure they do not harm anyone else. However, keep in mind, Uber & Lyft will not suspend you for a low acceptance rate, but they will for a high cancel rate.

Make Sure People Know Where You Are

When you’re going to be in a situation that has every chance to turn dangerous, it’s wise to make sure you’ve informed others. If you disappear while doing your daily Uber driving, you want to make sure that someone will notice and try to get ahold of you. For some people, this just entails texting someone when you get home, while for more safety-forward people, it may mean live-sharing your location with someone you trust throughout all of your work hours. There are also apps that can do a similar thing.

Getting people involved may also mean getting Lyft or Uber involved if something does go wrong. Going along with the above point, you should always contact the company’s support if there is a serious issue. Whether you’re verbally or physically threatened, someone makes a threat against themselves or others, or something equally dangerous happens, the rideshare company needs to know. Contact the company, contact any relevant authorities, and make sure that the people you love know about it too. There’s nothing wrong with covering all your bases; when it comes to your personal safety, you can’t be too careful.

Staying Safe is Important, Not Impossible

Every time an accident happens with a business or profession that’s in the news recently, it gets a substantial amount of media attention. This can lead to people thinking it’s much more dangerous than it actually is, and subsequently getting more worried about their own safety. There are definitely safety concerns that go along with being an Uber or Lyft driver, but it’s something that you can guard against on your own, if you know what you’re doing. By paying attention to when and where you’re driving, using your app’s safety features as they’re intended to be used, and keeping in contact with the people that know you, you’ll be able to make the most of your rideshare experience, while also keeping yourself safe.

Previous Post: How to Reap the Rewards of Uber & Lyft Driving

How To Make Money Driving Uber or Lyft Part-Time

Uber Pro Rewards Program: What You Need to Know

Should I Drive With Lyft Or Uber?

How To Drive With Lyft Or Uber in New Orleans