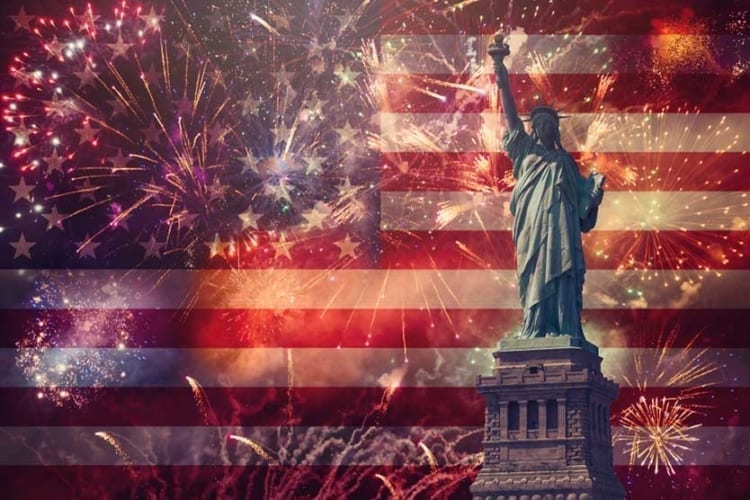 Driving Uber or Lyft around the Independence Day holiday tends to be fairly lucrative. After all, the 4th of July is usually one of the better Uber or Lyft earning days of the year. However, don’t go out driving expecting New Year’s Eve type numbers.

Also, on the evening of the fourth, if your city has a big fireworks display downtown, be careful not to get caught in a massive traffic jam at the end. When events like those end, everyone leaves at once. This means there may be a substantial surge. However, if possible, try and meet the passenger at a point where you’ll be able to avoid the worst bottlenecks. That way you can maximize any surge. For really large 4th of July events, Uber and Lyft sometimes designate pickup and drop off points to make things easier.

Here’s what else to expect, and how to have a successful 4th of July if you choose to drive Uber or Lyft this holiday.

Drive Prepared – What To Have In Your Car

It’s pretty likely at least some of your pickups are going to be bringing food or drink to a friend’s house. After all, it’s the biggest barbecue day of the year. So, consider putting the following items in the car:

The above items are to help protect your vehicle. If someone has a hot dish, put a towel underneath it. The remaining items are just in case anything spills. Usually, nothing of this nature happens. But if it does, you’ll be really happy you have the above items close by. Again, it’s unlikely you’ll need the items above, but if you have them, you’ll be able to clean anything up, and get back on the road making money faster.

What To Expect – July 3rd

The day before the 4th should be steady, and should get busier as the day goes on. The morning rush hour won’t be super busy, as a lot of people tend to take the 3rd off. However, you should expect a good number of airport rides as people start leaving town.

Also, a fair number of Independence Day ceremonies often actually take place on the 3rd, so people will be going to those. It’s a good idea to google “4th of July events near me” to get an idea of where the largest events will be happening and at what times. Event times will usually be scattered throughout the day on the 3rd or the 4th. You can use these events to plan your driving schedule if you wish.

Most places, the evening before the 4th of July will be similar to a Friday evening. People will be going to dinner, and then to bars later. Because of this, many veteran drivers actually skip driving in the morning on July 3rd. Instead, many will start around 2pm – 3pm and drive until the bars close.

What To Expect – July 4th 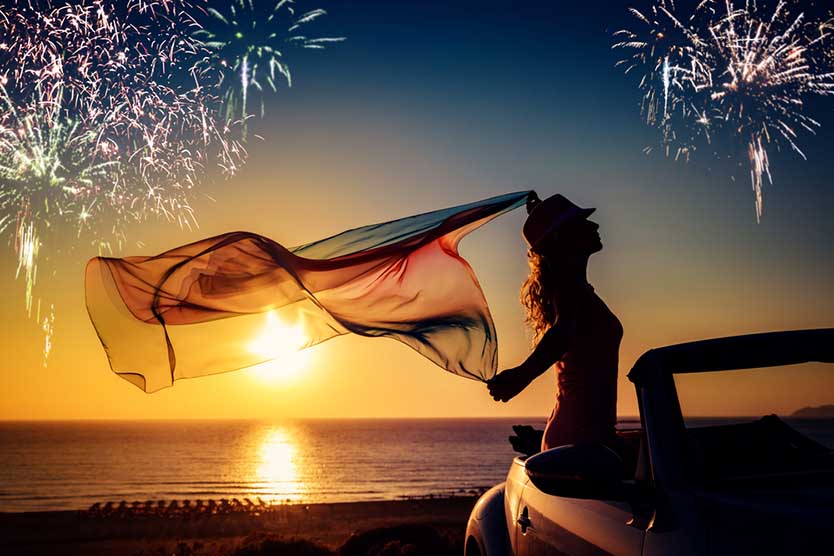 On Independence Day, expect to be driving people to their friends houses for barbecues. In the late morning, you may get a number of last minute supermarket runs. That’s when people usually realize they’re missing a key ingredient.

While there will be big events on the 3rd, most of the big ceremonies will likely be on July 4th. People going to these events often come in from the suburbs. If you know where the events are, and what time they start and end (check Google), you’ll know where to position yourself to catch the long rides to the suburbs and back. In downtown areas, parking is always a problem, and even more so when there are big events going on, so a lot of people will be requesting Lyft and Uber. These are likely to be the only long rides you get over the July 4th holiday. Instead, expect a bunch of quick hops that you’ll be able to get through efficiently because traffic will be relatively light.

If it’s a busy July 4th, you should see some a fair number of surges in the suburbs and the city. As always though, don’t chase the surge.

If you plan on driving Uber or Lyft all day on July 4th, a good strategy is to start around 10am – 11am, drive through the late afternoon, and then take a break for an hour or two. Then, go out again around 5pm – 6pm and drive until you feel like stopping or it stops being busy.

Overall, expect July 4th earnings to be comparable to a very busy weekend day. Traffic should be relatively light, and get busier in the later evening. As July 5th is a weekday, things will tend to quiet down after the evening fireworks are over. However, July 5th is also a Friday, so expect some people to stay out late on the 4th and just take the 5th off if they can.

People tend to drink a lot on the 4th. Unfortunately, some people are going to drink and then get in the driver’s seat. So, it’s important to scan the road ahead, and to always drive defensively.

Have a happy, safe and fun 4th of July holiday. And as always, drive profitably!

Next Post: Styling an Airbnb Property to Maximise Returns

Wonolo vs. Shiftgig: Hiring Workers for Your Business

4 Advantages of a Business Credit Card

Is It Worth It To Wait In The Uber and Lyft Airport Queue?

Fingerhut / Shutterstock.com “What’s in Your Back Seat?” Contest