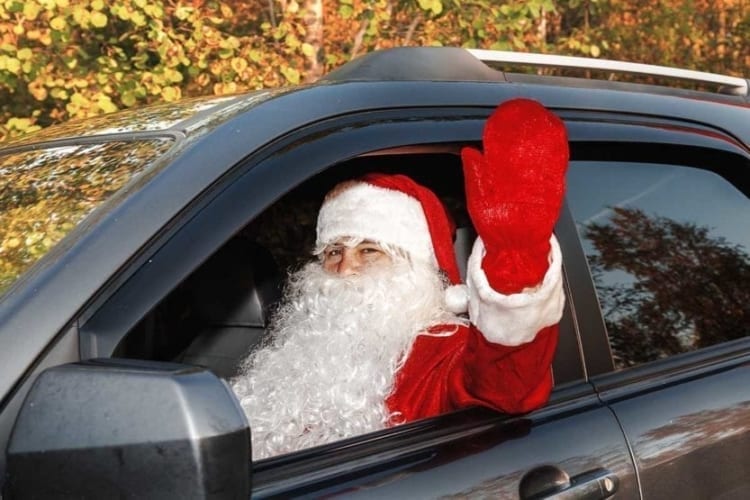 Driving around Christmas usually results in decent to good money. This year should be a little better because Christmas falls right after a weekend. Overall, business should be steady most of the time this coming weekend, with some periods of really busy ridership.

In most markets, Friday, Saturday will probably be the busiest days overall, although don’t count on the evenings being busier than a normal weekend evening.

Expect a fair number of airport runs throughout the weekend and even on Christmas Eve.

Christmas itself should be okay, but most of the driving money will be made in the days before and after Christmas

Here’s what you can expect, and how to have a successful Christmas if you choose to drive Uber or Lyft this weekend.

This weekend you should have in your car whatever you would normally have with the one exception. On Christmas Eve, and Christmas Day, keep the following items in your car:

You’ll need these items because on Christmas Eve and Christmas Day, people may be transporting food to other peoples houses. If possible, have the passenger put the food in the trunk.

Just in case, you want some paper towels around (and a plastic bag to put them in) to take care of any inadvertent spills that may occur during transport.

What To Expect – Driving Uber Or Lyft The Weekend Before Christmas

The whole weekend should be steady, with some busy spikes.

You should expect a fair number of airport rides as people start leaving and coming into town throughout Friday.

Saturday should be steady all day and get increasingly busy towards the evening. The morning and early afternoon should see a pretty good brunch crowd, along with a lot of shoppers.

While Friday and Saturday nights should be busy, don’t expect them to busier than an average weekend night. While a lot of people will be going out, they usually do anyways.

And for every person visiting, someone else probably left town.

Shopping areas should also be busy all weekend as people get their last minute Christmas gifts. Many people will have Monday off, so expect a busier Sunday evening than normal.

Another consequence of many people taking Monday off is that the morning commute that day won’t be super busy.

However, a lot of people will still be headed to the airport. Expect things to start getting busier around noon as even more people catch their Christmas eve flights, and people who did have to go to work, go home early.

Monday night should be steady throughout, but not overwhelming. People who stayed in town will likely be going out. People who flew in, and already need a break from their families will also be going out. 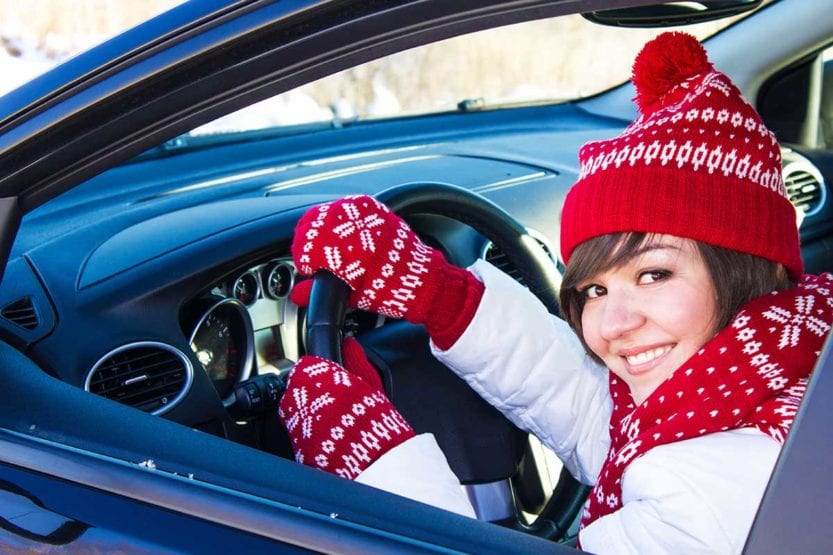 What To Expect – Christmas Eve

On Christmas Eve, expect to be driving around tons of last-minute shoppers. You may also get a couple of airport runs during the day. Towards the late afternoon and early evening, many of your rights will be taking people to other peoples houses for Christmas Eve get togethers.

If any passengers want you to wait while they pick up just one thing from the grocery store, politely decline.

Starting Sunday, supermarkets are going to get busy, and going in to get one or two items can wind up taking twenty minutes.

So, end the ride, and move on to the next one.

What To Expect – Christmas Day

In most markets, Christmas Day is steady (but not spectacular) in the morning and early afternoon. Business tends to die down a bit from the late afternoon until later in the evening.

In the morning, don’t be surprised if you get at least one airport run.

More and more people fly home on Christmas day, because it’s usually cheaper than flying the couple of days beforehand.

Other than that, you’ll be taking a steady stream of riders to their friends and families places to celebrate Christmas.

If you drive later in the evening, after 7 PM, you’ll have a steady stream of riders going home. Oh, and if it seems slow out, head to a multiplex.

A lot of people actually go to the movies on Christmas Day.

What To Expect – The Day After Christmas

In most markets, the day after Christmas should be decent, but not super busy. However, traffic will be light, and there will be a lot of people going to the airport.

The morning should be steady, and rush hour traffic will be lighter than normal most places. If you plan on driving the day after Christmas, your best bet is to be on the road by 7 or 8am.

While you should always drive defensively, it’s even more important this week. Unfortunately, there are likely to be a few people drink, and then get behind the wheel this weekend. So, always be aware of your surroundings, and constantly scan the road ahead.

If you plan on driving for Lyft or Uber this Christmas weekend, hopefully this guide helps you drive profitably.

Best of luck out there and have a merry Christmas.

Next Post: Uber Jumps Higher and Instacart Is No Longer Whole

How To Avoid Tickets While Driving Uber or Lyft

Independent Contractor 101: The Benefits and Risks