Well, this case is not going well for Uber so far, but it’s early. To recap, Anthony Levandowski, Uber’s head of self-driving cars, used to be Google’s head of self-driving cars. Google says he stole 14,000 documents, started his own company, and sold it to Uber. Also, it’s possible Uber may have colluded with Mr. Levandowski. Google is understandably pissed and is suing the crap out of Uber. They want the court to force Uber to stop using it’s technology. This would seriously hinder Uber’s self-driving car program. Google also wants damages. Basically, the case could potentially devastate Uber.

What happened this week in the Google v. Uber case?

The latest is that Google is accusing Uber of violating a court order to produce documents. Previously, the court ordered Uber to produce any and all documents in its possession that so much as mentioned information from the 14,000 confidential files allegedly stolen by Levandowski. Uber says they don’t have the documents.

The bigger news, however, is that Mr. Levandowski refused to testify in the case. At a hearing last week, his lawyers said he was taking the fifth, to avoid potential criminal charges.

See, what Google is accusing Mr. Levandowski and Uber of, may be the subject of an FBI or U.S. Attorney investigation at some point. In fact, it may be already. So, if you’re Mr. Levandowski, you don’t want to testify in a civil trial. Then you’re on record, and anything he says at the civil trial can be used against him in a criminal proceeding. So, he took the fifth to protect himself. As the judge in the case pointed out, Uber could tell him to testify or be fired. So far, Uber has not done that.

Also during the hearing, Uber’s attorney tried to get the judge to keep the hearing confidential. He was concerned that people might be prejudiced against Uber if they knew Uber’s head of self-driving cars took the fifth amendment, in a suit about stealing self-driving car technology. Unfortunately for Uber, the judge in this case is the esteemed Judge Alsup. He is generally thought of as a judicial badass who takes little crap and suffers no fools. He presided over the Google v. Oracle case and learned the Java programing language that was at the heart of the case. Not a judge to screw around with.

Uber’s attorney, in a private hearing in judge’s chambers this week:https://t.co/W4OU5TlNwd pic.twitter.com/7r8yV8dyw8 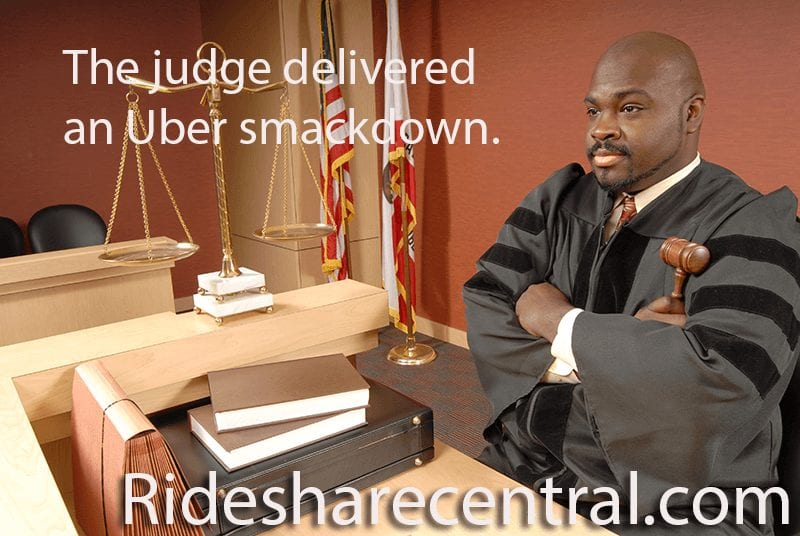 What comes next in the Google v. Uber trial?

The first thing Google is asking for is a preliminary injunction forcing Uber to stop using the stolen technology. The hearing on that injunction is May 3. If the judge grants the injunction, Uber may have to stop its self-driving car tests in Pennsylvania, California, and Arizona. In fact, it may have to shut down significant parts of its self-driving car program. If that happens, the effect of Uber’s valuation would be substantial.

Previous Post: What Types of Rideshare Insurance are available for Lyft and Uber drivers?