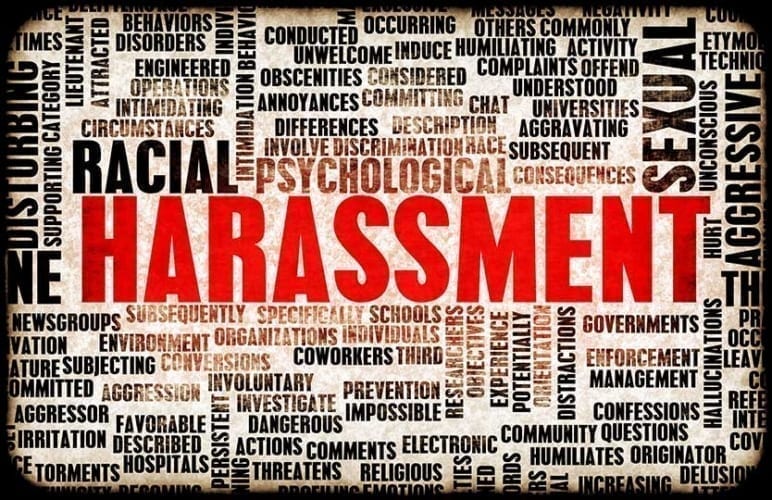 Uber is in the news again today. After a CNN investigation, Uber has decided to stop forcing passengers who are victims of sexual assault by Uber drivers into mandatory forced binding arbitration. This means the victims claims can now be heard in a real courtroom, as opposed to a Soviet Union style kangaroo court known as the Arbitration Association of America, where Uber has systemic advantages, and rarely loses. Tony West, Uber’s Chief Legal Officer, noted, “We think it is very, very important to allow survivors of sexual assault and sexual harassment the control and agency that was, frankly, stripped from them in that incident.”

We contacted Uber to ask if they will be dropping mandatory, forced, binding arbitration for other disputes involving riders or drivers. Uber’s spokesperson responded that, “few experiences deprive an individual of control more than sexual assault or sexual harassment and we want to give them a choice to restore even a small amount of that.” While expansion of this policy is not currently on the table, Uber’s spokesperson said, “we’re always reviewing our policies and will continue to do so going forward.”

While Uber’s decision is a good step in the right direction, both Uber and Lyft still have a serious problem not only with drivers harassing or assaulting passengers, but passengers harassing and assaulting drivers.

No matter what kind of public job you have, there’s an extremely good chance that you’ll deal with harassment in your work life, especially if you’re a woman. In one study, about 60 percent of women reported experiencing sexual harassment at some point, and 69 percent of those women say they experienced it in their work life, meaning that a full 40 percent of women reported workplace harassment in that study. Look outside that oft-cited statistic, however, and you’ll find that many low-paying service jobs have much higher rates of harassment, with as many as 90 percent of women in the restaurant industry reporting sexual harassment. It’s something that’s awful, but which happens frequently, and the worst thing is – it’s something that women have just learned to deal with.

Much of the time, women don’t report harassment when they experience it, and if they do report it, it’s kind of anyone’s guess as to whether anything will be done about the situation. That’s one of the most important aspects of workplace harassment, and it’s why Lyft and Uber are consistently under such scrutiny about how they address the issue during their rides. There are endless stories that female drivers have shared about rideshare harassment, and it’s awful — but the issue is, it’s constant.

Of course, Uber and Lyft have official stances that condemn sexual assault. Uber even has a page on their website about how they’re working to stop sexual assault in the rideshare industry, and Lyft keeps their PR just as clean, with a page on safety and how they attempt to stop these assaults before they happen. If you’re just looking at the official statements, it seems pretty good. After all, they’re doing what they can to keep their passengers safe, right?

Or maybe not. With all the harassment claims, an important pattern has emerged, and it’s the same pattern that has emerged in every other workplace. Uber and Lyft just don’t take these accusations seriously, and many people have come away from reporting harassment extremely let-down by their experience. Despite their claims of taking accusations of sexual assault seriously, Uber and Lyft just haven’t, leaving both passengers and drivers with the feeling that these rideshares just don’t care about them. Add that to the fact that the actual management tends to be pretty sexist, and it’s clear they’re not exactly setting things up to be great for their company or their customers.

So, what’s really going on? What’s the best way to stop sexual assault? Read on to get the full picture of harassment in the rideshare industry, and how to stop it — both on our part and on the company’s.

How Frequent Is Rideshare Harassment, Really?

If you rely solely on how often headlines report on things, everyone is at constant risk of being murdered, and every celebrity is constantly in jail. That’s just how the news works; people like to read about horrible incidents, and so these stories make up a huge chunk of the overall stories. In fact, we just don’t know how frequent rideshare harassment is. The few people who have tried to understand harassment experienced on Lyft and Uber rides, both drivers and passengers, have run into a significant amount of issues. Police don’t keep records of how many assault cases are on taxis or rideshare services, and of course, harassment is routinely underreported, meaning that there’s no real way of judging its frequency. Who’s Driving You keeps a list of reported harassment and assault cases, but they’re very clear on their mission — to promote taxis.

Therefore, we really only have anecdotal evidence when it comes to understanding rideshare assault cases. Uber states that less than 170 customer service tickets reported any kind of assault, but of course, they’re in the business of making their company look good. Especially with their fairly terrible track record, it’s hard to take their claims at face value. They also rightly mention that some users go directly to the police with their concerns, circumventing their complaints system entirely. In addition, they state they’ve contacted everyone who submitted a complaint directly referencing experiencing harassment — though, with all of the anecdotal evidence regarding their response rate, it’s hard to take that at face value either.

The other thing to take into account is the rates of harassment or assault between rideshares and taxis. Despite what many people would think from just headlines, the only investigations that have existed — which, to be fair, are few and far between — have turned up a similar rate of assault between rideshares and for-hire rides. One, conducted by the city of Austin regarding a few months’ time, showed five allegations of assault against Uber drivers, two against Lyft drivers, and three against taxicab drivers.

Regardless of the comparison between Uber, Lyft, and taxis, however, there are still an unacceptable amount of allegations — enough for a class action lawsuit. Whether this should also be happening for taxis is something that nobody seems to have enough information for, but clearly, there’s a problem. People are angry, and it shows in the dozens of blog posts, articles, and opinion pieces about it. 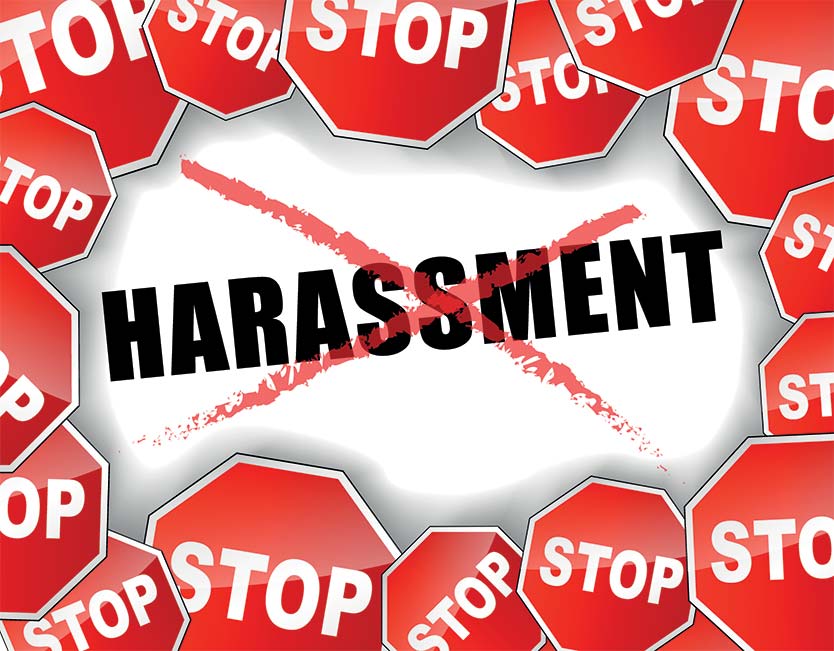 What Are Lyft and Uber Doing About It?

So then comes the big question: how do Lyft and Uber respond to these complaints? Again, just looking at their PR, they seem to be responding well. After public allegations of sexism at Uber’s headquarters, they responded with an “urgent investigation,” instructing their human resources department to look into these allegations and hopefully fix them. However, since this comes after a public allegation (something which easily damages Uber’s reputation, especially considering that the specific incident directly followed a #DeleteUber campaign), it comes off as sketchy to many people.

There are also endless stories about Uber and Lyft ignoring or even covering up sexual harassment claims. Whether it’s at their headquarters or just with drivers, they don’t seem to be as invested in protecting their drivers as they do in protecting their reputation. Of course, they’re businesses. Their first stake is in making themselves look good, and corporations just don’t have the general drive to care about people, especially not if it costs them money. The question for a corporation is, should they spend that money up front to prevent any problems, or will it be cheaper to just deal with problems as they come?

Although Uber tends to be in the news more frequently for these issues, Lyft is not without its own flaws. One driver specifically talks about how extremely difficult it was to even report harassment she experienced on a ride, and then how she was briefly banned from the app for the report. Lyft restored her access after she spoke out publicly, but she was left to wonder whether it really was an accident, as they stated, or if it is something that routinely happens, and women just never say anything about it.

It’s also been noted that Uber and Lyft have limitations on how much actual safety training can be given to their employees. Certain amounts of training will reclassify freelance contractors, which is what rideshare drivers are currently classified as, into employees. Uber and Lyft don’t like that — having someone be an employee means potentially having to pay them more, having to pay them benefits, and having to do an awful lot of paperwork that neither company wants to pay the money to do. So, once again, the corporation is the most important part of this equation. If it seems to come back to money, that’s probably because it does. Uber is valued at 72 billion dollars, and Lyft is valued at 11 billion. Neither company wants to pay their workers more, and for these companies, it seems like if that means their freelance contractors are less safe, so be it.

What Can We Do to Combat It?

Obviously, changing the system entirely is the best way to make people safer. In the class action lawsuit filed against Uber, the plaintiffs are hoping to make Uber require in-person screening, implement fingerprint-based background checks, and hire investigators to look into assault and harassment complaints. The many women who have spoken up about being harassed on the job also tend toward asking Uber and Lyft to put more time into their responses to harassment. By simply creating a task force whose entire job is to respond to harassment and assault allegations, rather than sending the same couple of form letters over and over again, Uber and Lyft can not only make both drivers and passengers feel safer, but actually make them safer in a tangible way.

Of course, the barrier there has to do with the fact that it will cost money for them to do so. Many drivers and riders prefer to go directly to the police, or go to the police as they’re waiting on Lyft and Uber to reply to them. Lyft and Uber are just going to have to decide — is it worth the money to avoid more assaults? The answer may seem obvious to the average person, but apparently it isn’t to Uber and Lyft, yet.

Previous Post: Where Are the Women of the Uber and Lyft World?

Have You Considered Signing Up To Drive With Lyft? You Should.