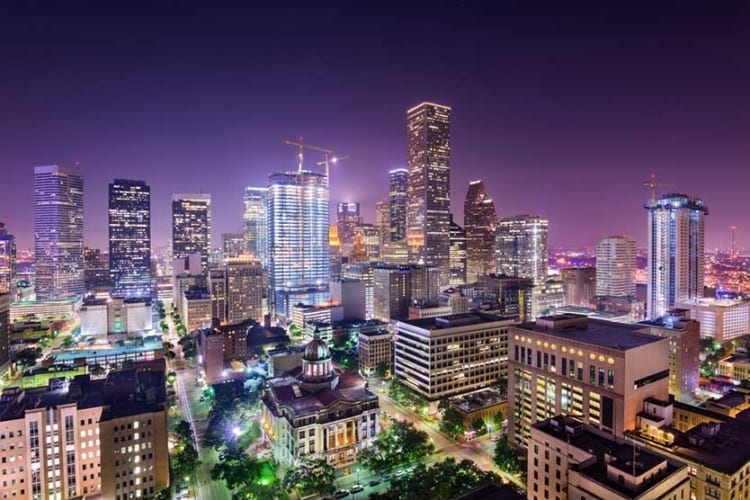 As the fourth most populous city in the United States, Houston has a healthy demand for rideshare services.

Whether working full-time or as a side gig, Lyft and Uber drivers in Houston can make some serious cash when driving during the busiest times of the week or picking up and dropping off riders at some of the city’s most popular destinations.

But if you want to maximize your earnings with Lyft or Uber, you need to know the ins and outs of being a rideshare driver in Houston. That’s why we’ve put together a helpful guide to driving Lyft and Uber in Houston. Below, you’ll find information on the best times and areas to pick up riders as well as some insider tips for avoiding traffic and getting to your destination as quickly as possible.

Best Areas to Drive Lyft and Uber in Houston

Some areas are more popular than others when it comes to rider demand. If you want to make the most out of your Lyft or Uber driving experience while maximizing your earnings, focus on the areas of town that will allow you to increase the number of rides and earn higher fares.

One of the hottest spots in Houston is the downtown area, which boasts both an active business community and vibrant cultural scene. During the week, you have the opportunity to pick up riders traveling to and from work, but during the weekend, you can take advantage of those who are enjoying Houston’s downtown nightlife.

Here are just a few of the busiest venues that have high demand during special events:

The Heights, Montrose and Rice Village

The charming, upscale Heights neighborhood is a great walking area, with wonderful restaurants, great architecture and nightlife, and the off kilter Art Car Museum.

Montrose is an eclectic area where you can find riders who just visited the museum district, an art gallery or one of the areas many antique stores.

Rice Village is a great shopping and dining area just West of Rice University. If you’re looking for a lot of short hops to satisfy a Lyft or Uber bonus requirement, this is a good spot to try.

Texans love their football, and this is never more apparent than on a University of Houston gameday. As thousands of fans gather to tailgate and watch the Cougars play, rideshare drivers have the opportunity to make some serious cash. The designated pickup and drop-off area is located on the west side of Calhoun Road just off of University Drive.

Smart Financial Centre at Sugar Land is another popular event venue for those living in Houston. From concerts and cultural events to comedy shows and dance performances, there is something going on every week at this venue. To avoid heavy traffic during special events, both Uber and Lyft drivers should navigate to the designated rideshare pickup zone, which is outside the box office on Lexington Boulevard.

NRG Park includes the NRG Stadium, NRG Center, NRG Arena, and NRG Astrodome. With 5.6 million people visiting NRG Park every year for a variety of different events, this is certainly a hot spot for Uber and Lyft drivers. When traveling to NRG Stadium during Texans games, traffic can be a challenge. Use the designated lots for rideshare drivers to pick up and drop off passengers before and after the game, located on the right side NRG Parkway.

Best Times to Drive Lyft and Uber in Houston

The most successful Lyft and Uber drivers focus on driving during the busiest times of the day to take advantage of Uber’s Surge and Lyft’s Prime Time, which allow drivers to earn higher fares during peak rider demand. If you want to maximize your earnings and complete more rides during your shift, focus on these peak hours for Houston:

Lyft and Uber drivers can expect countless requests during morning rush hour, especially in the downtown and Galleria areas. Many riders would rather rideshare to work then deal with parking costs. This is also when you’ll experience high traffic volumes in Houston, so check traffic and identify alternate routes before you head out.

There is also a high demand for Lyft and Uber drivers during afternoon rush hour in the downtown and Galleria areas as riders are heading home from work. Again, this is also when you can expect to encounter peak traffic times, so plan accordingly by knowing your route ahead of time.

The nightlife rush in Houston can start as early at 5 p.m. on Friday and Saturday afternoon, and rider demand usually continues on through 3 a.m. The highest demand areas include downtown, midtown, and Montrose.

With two major airports in the Houston area, there’s a good chance you’ll be picking up or dropping off riders at George Bush Intercontinental Airport (IAH) or William P. Hobby Airport (HOU). When dropping riders off at IAH or HOU, you can proceed to the arrivals area of their designated terminal.

When picking up riders at IAH or HOU, you will need to proceed to the designated rideshare waiting area. For both Uber and Lyft, there is a first-in-first-out policy when waiting for requests. This means that the first drivers who enter the rideshare lot will be the first drivers to receive a request. Here are the pick-up instructions for each airport:

Here are some other important things to keep in mind when picking up passengers:

When it comes to getting from the pickup to drop-off location as quickly as possible, you’ll need to know the most efficient routes and shortcuts in Houston. 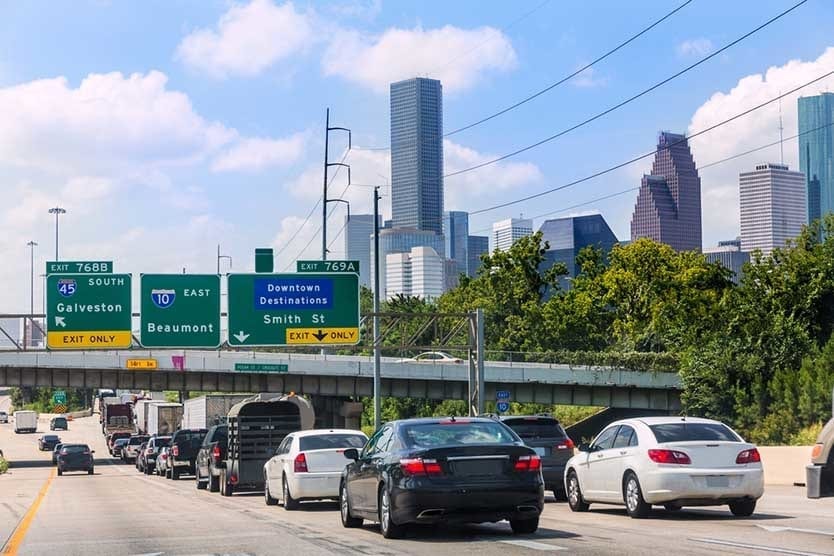 Keep these in mind during your next Houston Uber or Lyft driving shift:

Whether you are driving Uber or Lyft (or even both), there’s never been a better time to be a rideshare driver in the city of Houston. With an abundance of riders both local and visiting, rideshare services are always in demand. Use some of the tips above to get the most out of your rideshare driving experience and maximize your earnings in Houston.

Previous Post: Signing Up to Drive for Uber or Lyft Over Winter Break

Next Post: Driving Lyft Or Uber Around Christmas – What To Expect

Where Are the Women of the Uber and Lyft World?