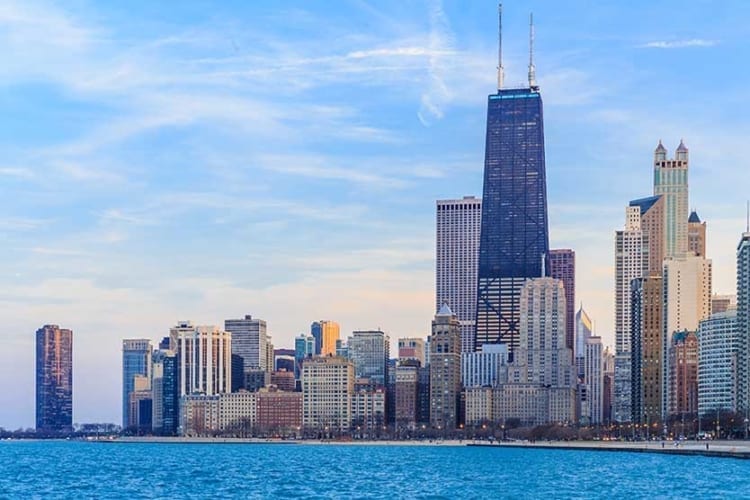 Chicago is the third largest rideshare market in the United States. Uber arrived all the way back in 2011, while Lyft launched in Chicago in 2013.

Both companies now have mature, and very busy operations in the Chicagoland area. Even better, the Chicago Lyft sign up bonus is currently $500!

If you’re driving, or thinking of signing up to drive for Uber or Lyft in Chicago, we’ve compiled some tips on where and when to drive, and which company you should sign up for first.

With Doordash, you can deliver by motorcycle, scooter, and in many markets, even bikes! And, no passengers!

Where are the best areas to Drive With Lyft or Uber in Chicago?

If you’re driving Uber or Lyft in the windy city, the busiest areas overall are:

Keep in mind, not all of these areas are busy all the time. Mostly residential areas like lakeview and Lincoln Park are busiest on morning weekdays, and weekend evenings. But those same areas aren’t as busy on weekday evenings.

Except for Evanston, none of these locations are in the suburbs. Now, that doesn’t mean you can’t make money if you’re in Oak Park or Glenview. But the population density is higher in the city, so you have a higher overall chance of getting a ride quickly.

If you’re in the middle of the loop on a Tuesday afternoon, there’s over half a million people within a mile of you. That’s not going to happen in Des Plaines.

When are the best times to drive Lyft or Uber in Chicago?

The best times to drive rideshare in Chicago are:

A good early bird strategy is to be in the Gold Coast or the Loop by 5am on weekdays. If you catch an airport run, you can get back to Roscoe Village by 6am, in time for the morning rush. Most weeks, there are more airport runs on Mondays, Tuesdays, and Fridays.

On weekday nights, the loop can stay somewhat busy until 10 or 11:00pm. In the offices on Wacker, a lot of people stay pretty late. On a good night, you can get a low traffic ride out to Deerfield or Wilmette.

Of course, weekends are also a great time to drive Lyft or Uber in Chicago. On Fridays and Saturdays, it’s generally steady or busy from 6pm to 5am. If you’re going to do nights, learn where the 4am bars are.

Chicago is also a big brunch town, so Saturday and Sunday mornings are particularly busy. You can also expect a nice rush after brunch, especially by the restaurants on Randolph just outside the loop.

Lyft vs. Uber in Chicago

Uber was pretty dominant in Chicago until the end of last year. However, Lyft has been growing much faster than Uber in 2017. At this point, in Chicago, you can make just as much money, or more, driving for Lyft as you can driving with Uber. In fact, nationally, Lyft drivers earn a couple bucks more per hour than Uber drivers.

Now, Uber is still busier overall in the Chicagoland area, but that’s mostly because of the suburbs. If you take a passenger out to Palatine, you will probably wait a few minutes longer to get a request there on the Lyft platform. Even in the suburbs though, Lyft is closing the gap. A year ago, Lyft was pretty dead outside the city. That is no longer the case.

During some peak hours, you can make $30/hr, sometimes more. However, it’s more reasonable to expect to make $15-$20 per hour when driving for Lyft or Uber in Chicago. As you learn your way around the city, you’ll become more efficient and should be able to earn $20 per hour or more. Also, if you’re going to drive part time, the best strategy is to drive during the busy hours, if possible.

Here’s how much a couple of full time drivers made in Chicago recently. Keep in mind that both drivers had to work a lot of hours to make this much. However, you can make this much on both Lyft and Uber in Chicago, if you’re willing to put in some long hours. 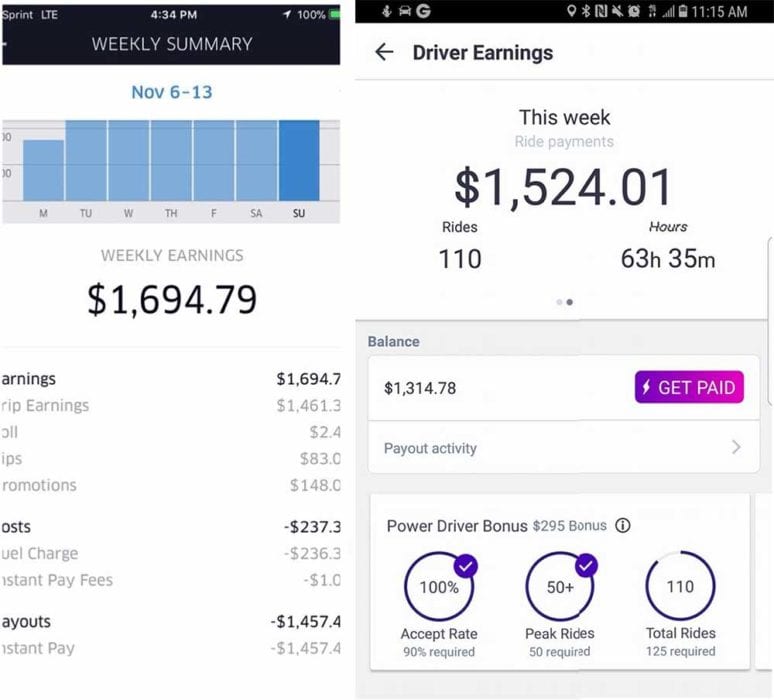 The city of Chicago limits the amount you can drive each day to 10 hours, across all platforms. It may be raised to 12 soon. Larrabee, Leavitt & Hoyne are great streets to get across different parts of the North side. All three can save you a lot of time.

Learn Lower Wacker Drive, but don’t use it all the time. Lower wacker is a great shortcut to get across the loop quickly. You should use it if you need to get to the Eisenhower from Streeterville, for example. It’s also great for getting into the loop from Lake Shore Drive. However, be wary of getting off Lake Shore and taking it during the morning rush. The Randolph exit tends to jam up, which often makes Upper Wacker a better choice during that time.

Do Not Ignore Or Avoid The South Side

A lot of rideshare drivers avoid the South Side (and the West Side) entirely. This article isn’t about why drivers do this, but I’ll just say it’s a really stupid strategy, often rooted in racism.

There are 750,000 people on the South Side. The area, because of Chicago’s history of segregation, is underserved by public transportation. As a result, many of those 750,000 have started using Lyft & Uber, pushing demand for both sky high. Moreover, many people who live on the South Side work on the North Side or in the burbs. Those are long, easy rides that pay well. Finally, because a lot of drivers avoid the area, it’s a great place to go when it’s slow. You will usually get a ride quickly.

Now, there are a few parts of the South and West sides that are legitimately crappy areas. But those areas make up about 2-3% of the total area, and unless it’s night, you’ll be fine even in those areas.

However, if the lot is busy, you can sit there for over an hour. In many cases, if you don’t get a request while dropping off, you will be better off getting back on the road. Many veteran drivers avoid going to the airport lot, unless there’s heavy traffic going back to the city. 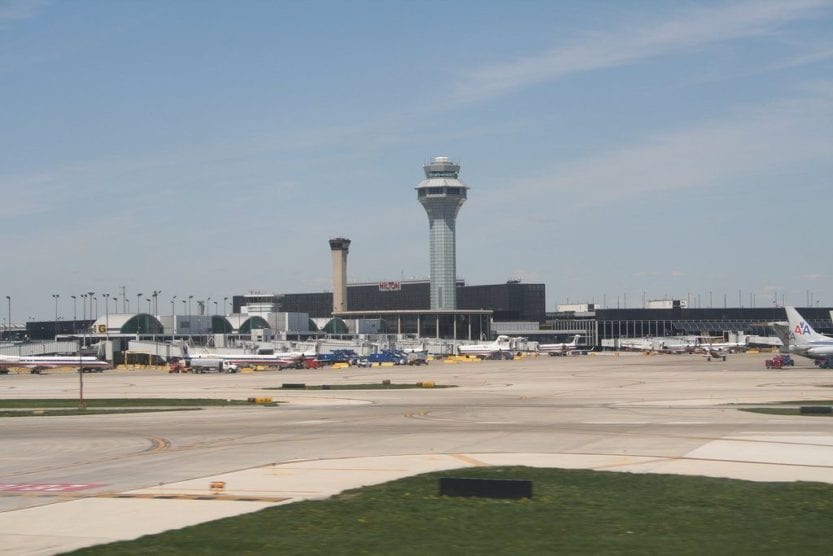 Is It Better To Sign Up For Lyft Or Uber First In Chicago?

Since you can make good money on either platform, it’s really up to you. Overall, drivers prefer driving for Lyft. However, Uber is still busier in parts of the Chicagoland area. This doesn’t mean you’ll make more money on Uber. But you may have less downtime in certain areas, which will make you feel busier.

Lyft still has a driver sign up bonus, Uber does not.

The only big advantage for signing up for Lyft before Uber, is that Lyft still offers a signup bonus. Uber only offers a guarantee, which works like this. If you sign up for Uber and drive 60 rides, they’ll guarantee you make $700 (gross) from those rides. If you don’t, Uber makes up the difference. The amount and number of rides are just examples. Your guarantee may be different..

Lyft is still offering sign up bonuses in Chicago. They’re usually a few hundred bucks and they are paid out per ride, as soon as you start driving. For example, Lyft may offer you a sign up bonus of $300 for giving 100 rides in your first thirty days. The bonus is paid out $3 per ride as you complete the rides. Usually, the higher the bonus amount, the less you will receive per ride.

If you’re thinking of driving part-time, you may make more money with a lower overall Lyft sign up bonus, that pays more per ride. The reason is that you may not be able to complete all the rides necessary to receive all of the larger bonuses. Lyft may offer a $900 bonus, but it will usually be $1.50 per ride for up to 600 rides, in your first 60 days. Part-time drivers usually won’t be able to do that many rides in that time. They may be better off with a $200 ($4 extra for 50 rides) or $300 ($3 extra for 100 rides) bonus.

If You Think Rideshare May Be For You, Sign up for Lyft in Chitown today.

Driving for Uber or Lyft can be a great way to make some extra money to pay for a vacation or those extra holiday expenses. Or, if you’re looking for a change from sitting in front of a desk or behind a counter, you can reliably make well over $1,000 a week driving full-time in Chicago. If you drive 60-70 hours a week, $1,500 to $2,000 is possible, once weekly bonuses are factored in.

Now, driving rideshare is work, but many find it to be interesting and fun work, most of the time. You’ll definitely meet some interesting people, and of course, some characters. You’ll also discover new things about where you live, and you’ll see parts of Chicago, and the suburbs, that you normally wouldn’t. If driving rideshare sounds like it might interest you, sign up for Lyft or Uber today and find out!

Next Post: How Much Do Uber & Lyft Drivers Make?

What Amenities Should You Offer Your Lyft Or Uber Passengers?

Wonolo vs. Shiftgig: Hiring Workers for Your Business