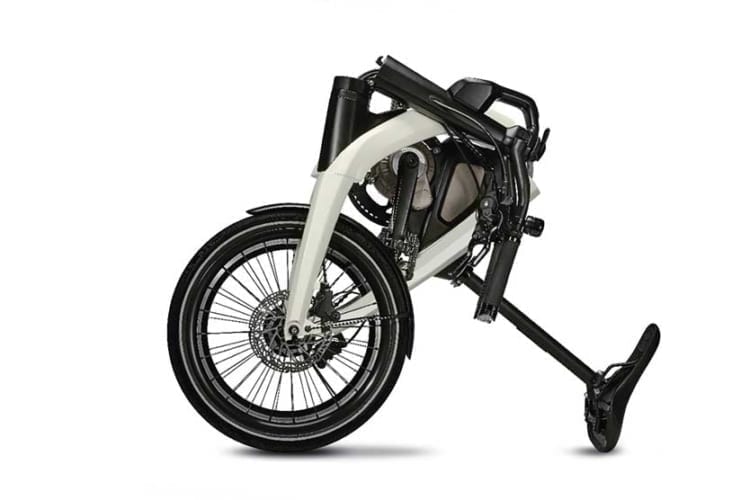 You better take a seat because this week has been incredibly busy in the on demand industries. From impending grocery delivery showdowns to tiny cars flooding the streets of the Emerald City, here is what’s happening in the gig economy.

On Monday, Instacart announced two new members of the team. Varouj Chitilian, who spent the last 12 years at Google, is the first VP of engineering while Dave Sobota becomes the first VP of corporate development after 13 years at the tech powerhouse. The addition of Chitilian and Sobota comes just days after the delivery company announced the acquisition of the MightySignal team — a six-member group of app analytics engineers.

The acqui-hire and VP appointments are all part of the company’s preparations for the impending market battle with Amazon. A few weeks ago, Instacart scored a $600 million investment from D1 Capital Partners, which brought their 2018 funding total to $950 million. While they may be set in investments for the year, more team changes and expansions are expected as the stakes in on-demand grocery delivery rise.

Amazon Flex’s biggest rival, Deliv, has landed $40 million in funding. Some of the big players in the Series C round included General Catalyst, UPS, and RPM Ventures — all of whom are already invested in the last-mile delivery company. Yet, this round also saw a new lead investor in the game: Google. Deliv has now reached a total of $80.4 million, with the latest round valuing the company at just shy of half a billion dollars.

As Deliv expands, Amazon has announced it’s building its own seasonal in-house delivery team for the holidays. In the past, mail services like USPS and FedEx were the go-between for last-mile deliveries between the warehouse and the final destination. Now, the company is looking to reduce costs by cutting out the middleman. Unlike its Flex service, all of the seasonal staff operates as full-fledged Amazon employees instead of contractors. As a result, each hire is privy to temporary company benefits.

With the goal of cost reduction, it’s a wonder why they didn’t utilize Amazon Flex drivers to fill the gap. The contractors already assist with Amazon Prime and Prime Now orders. While a full-service team does ensure consistent deliveries because of guaranteed driver availability, the inclusion of benefits with the in-house operation raises costs. Plus, the switch-up may reduce the workload options for Flex drivers. As a result, we may see a wave of Flex contractors jumping ship for Deliv’s ever-expanding operation areas.

Easily accessible, electric transportation is the future, and now, automotive power player General Motors is ready to make the leap. However, this time, the automaker isn’t interested in cars; instead, they’re setting their sites on electric bicycles. The company offered a sneak peek at it’s two new e-bikes, which are set to hit the market in 2019. One option is designed to fold up for easy movement, while the second version offers an incredibly compact design.

Currently unnamed, GM is keeping mum on their goals of their two bike models. The company may choose to sell them to the public or use them to launch a bike-sharing service. In both instances, it’s likely to affect the leaders of the bike-sharing industry — Lime and Jump. Lime’s bike fleet isn’t as large as their scooter fleet, but GM’s bike offering could reduce scooter demands. Jump, on the other hand, now has the financial power of Uber behind it, making it a more challenging opposition. Either way, GM is likely to offer more details early next year, so keep your eyes on this space for more information.

In the meantime, if you want to suggest a name for GM’s new bike, head over to ebikebrandchallange.com, GM is running a contest. The person who suggests the winning name will win $10,000, and nine runner up will each get $1,000.

While GM moves to e-bikes, Lime is moving in the opposite direction. Known for their growing fleet of electric scooters and bicycles, the company is reportedly making the leap to rideshare services. However, unlike Uber and Lyft, Lime’s variation of rideshare involves their own fleet of incredibly small electric cars in which renters will drive themselves. The company has recently applied for permission to launch their car sharing pilot program in Seattle with a fleet of 500 vehicles. If approved, it could be their first step towards shaking up the rideshare industry.

The news of Lime’s transition to electric car sharing services came out the same day the company launched a $3 million scooter safety campaign. The initiative is designed to educate riders on safety procedures as well as offer free helmets to signers of their Respect the Ride pledge. Another 250,000 helmets are set to be sent to markets worldwide.

This move comes in midst of a California-based class-action lawsuit regarding scooter safety issues. As we reported last week, the company was also forced to pull many of its e-scooters off the road for faulty, fire-prone batteries. While it may be more a move to save face than inspiring change, the campaign serves to counteract any negative attention Lime’s received in the past month.

Now that you’re caught up on this week’s side hustle news, it’s time to make some predictions. With GM and Lime reportedly moving into each others territory, do you think there’ll be an acquisition in the future? Check back next week to see if your forecast is accurate!

Previous Post: Lyft vs. Uber: Which Subscription Plan Is Right for You?

Next Post: What to Expect When Driving for a Cannabis Company

Amazon Flex: Getting Started As A Driver