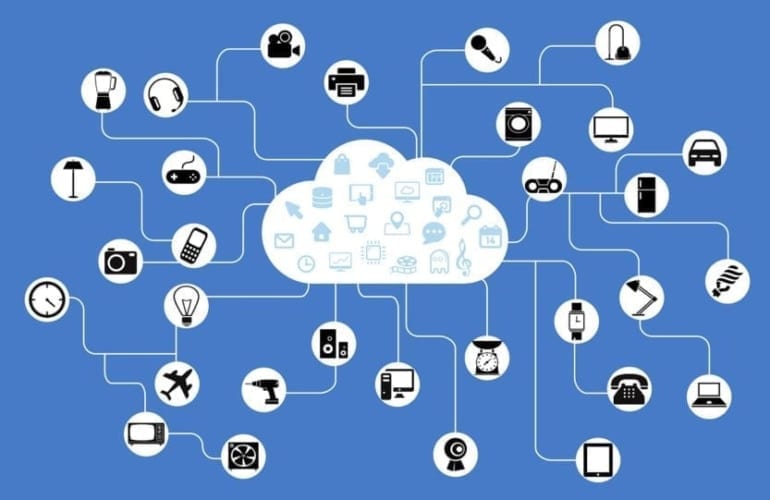 Uber and Lyft dominate the rideshare industry. Both companies have been around for several years, and are seen as the founding fathers of the rideshare industry. However, despite their massive popularity and international success, both services still need improving. Uber, for one, has been mired in controversy over the years, and many drivers aren’t happy with the low rates and the amount Uber takes from each ride. Lyft, on the other hand, has struggled to compete with the global reach of Uber despite the massive market for rideshare services.

As the IoT (Internet of Things) technology that both companies use continues to improve, so too are the services that Uber and Lyft can offer.

Current State of Uber and Lyft

Uber has found itself in the spotlight for all the wrong reasons over its workplace culture and treatment of drivers. There are plenty of examples of the company’s cultural problems, and we previously looked at Uber’s fifth criminal probe in December 2017.

For Uber drivers, the most relevant example of an awful company culture was an exchange Uber CEO Travis Kalanick had with a driver over low rates. Last year, a video of the exchange leaked online, and, after heavy criticism from the public, Kalanick apologized. It was a good move by Kalanick, but he seems to have missed the bigger picture. An Uber driver wanted better working policies and higher rates from Uber. The driver wanted Uber to understand the drivers’ woes regarding the brutal fare cuts from 2016. This is where Uber needs to improve if it wants to get past its current company image issues, as well as evolve as a better business. Their most recent blunder in Florida, where they raised prices without raising driver rates – and then actually emailed drivers to tell them, shows how far the company still has to go.

There are several ways on how the IoT can help improve Uber’s culture. The company needs to take a cue from some of Lyft’s strategies to improve customer service and keep the drivers happy.

For one, Lyft has a better way of tipping their drivers. Uber does allow passengers to tip their drivers, but Lyft makes it much easier for riders. By making the tipping process a bit difficult, Uber appears to be disregarding the happiness and welfare of their drivers. The technology already exists, so it is up to Uber to bring it to the forefront of the app in 2018 to improve their public image.

While Lyft may treat their drivers better, and have a better public image, they are still far behind Uber in terms of business. Uber has a much larger coverage range, as Lyft only operates in the U.S. and only in 45 states, compared to Uber in all 50 states (however Lyft does cover more cities: 240 – 209). Uber also has a huge global reach (although it has struggled in most of Asia and parts of Europe) and is competitive in major cities across the world.

Rideshare companies like Uber & Lyft can also contribute to the building of smart cities. Smart Industry states that based on Uber’s model, rideshare cars could collect data that would be then be applied to improving how smart cities work. Smart Industry quoted Dr. Jim Walsh of GlobalLogic on how the data collection would work: “the location sensors associated with both the passenger’s and the driver’s mobile devices (the actual ‘things being monitored) are regularly broadcasting their location to a ‘back end’ system that is hosted by Uber in the cloud. Uber’s cloud service then provides analytics to determine which car/driver combinations are relevant to each service request.”

With the continued development of IoT smart cities in 2018, this is one way that Uber and Lyft could evolve their respective businesses in 2018.

Both Uber and Lyft have created partnerships with brands and events. This is helping both companies develop their business and reach new customers.

Uber partnered with Spotify and Pandora, which helped them provide a unique riding experience through allowing customers to create playlists through the Uber app. The ‘rider music experience’ was upgraded in 2016 with the ability to have cars automatically playing the music when the customers got into the car.

Lyft took over as Sundance Film Festival’s official sponsor this year from Uber, offering discounted rides to selected film premieres. The company was able to supplant Uber after they had a disaster with their helicopter service in 2016. After Uber offered rides for $200-$300, the local Sheriff closed down the operation after decreeing that the company was in violation of the Summit County code. Oops! Lyft was also able to align itself with the ‘Me Too’ movement, something Uber could not do effectively for obvious reasons. Through providing a service at Sundance, and sponsoring events that have been organized to discuss the ‘Me Too’ movement, Lyft has been able to enhance its image as the “good” rideshare company.

In 2018 both companies are using IoT technology to expand into the healthcare industry. The Washington Post reported that both companies are looking to take advantage of the 3.6 million people who miss medical appointments each year. Uber has developed a branch of the company called Uber Health, which is “a dashboard that will allow healthcare providers to schedule rides for patients”. Lyft has also partnered with health insurers, hospital systems, and medical transport services to help get patients the care they need.

The IoT and Road Safety

Lyft has partnered with Five Star Lager to reduce the number of drink-driving incidents. In Chicago, customers who buy Lyft’s Five Star Lager will be able to receive a 60% discount on their ride home.

Uber is also using its IoT technology to improve road safety in 2018. Partnering with the Ministry of Road Transport & Highways in the U.K., Uber will promote road safety through messaging on the app and social media. These will include advertisements and videos promoting the use of rear seatbelts, hands on the wheel, and the prevention of drunk driving.

The move by both companies to use the IoT to promote and increase road safety follows a directive by the U.S. DOT to use IoT tech in the commercial driving industry. An Electric Logging Device (ELD) mandate – which ensures fleet drivers use an ELD-compliant device in their vehicles — took effect in December of 2017 in order to lessen truck-related accidents. Verizon Connect ELD devices record a driver’s Hours of Service (HoS), and helps prevent them from exceeding the hours by alerting the drivers if they are about to overdrive. Fatigue caused by overdriving is not only present among truck drivers, but with Lyft and Uber drivers as well.

USA Today covered Uber & Lyft drivers who work dangerously long hours, noting that many drive for as long as 16 hours without resting. As fatigue caused by too many hours is one of the biggest causes of accidents involving trucking and rideshare drivers, the new mandate, as well as local ordinances passed in cities like Chicago, will reduce the chances of them going past their legal road hours.

Through a wider and improved service, Uber can help rebuild its public image, and Lyft will be able to more effectively compete with its main rival. In addition, the integration of devices that carefully monitor hours of service will improve the condition of overworked drivers. If they are indeed doing it to offset the low compensation at both companies, Uber and Lyft drivers can use the IoT devices as proof in presenting a case to authorities. IoT technology has the capabilities to streamline not only business operations but also provides data for improving working conditions.

Previous Post: 10 Things To Consider When Buying A Car For Uber Or Lyft

Next Post: Rideshare 101: The New Uber Or Lyft Driver’s Handbook

Uber admits it charged riders more than what drivers saw.