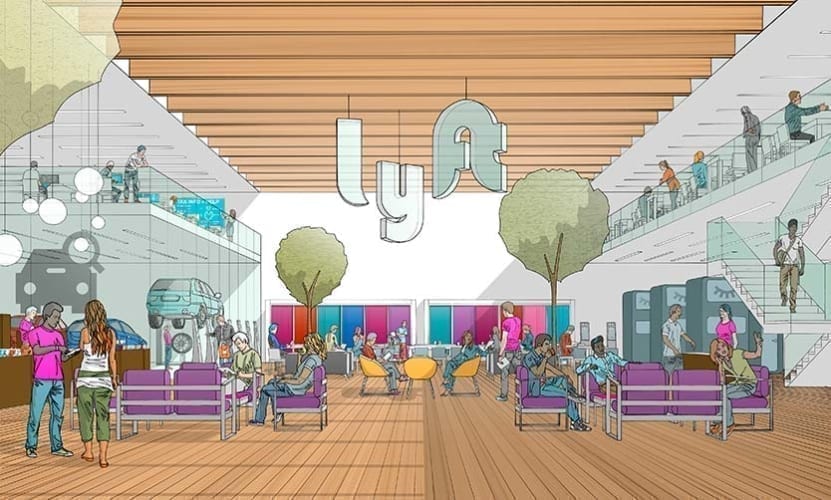 Mr. McNeill, who recently joined from Tesla where he was President of Global Sales, today announced a $100 million investment in next generation driver support centers. Some of these new support centers will include access to low cost basic maintenance (like oil changes), car washes, and communal areas where drivers can refresh, receive help on their taxes, or chat with other drivers while their car is charging. Lyft will also be doubling support hours at current Lyft Hub locations starting today.

There’s been much talk about the arrival of self-driving cars and how that will affect the number of available driving jobs. However, Lyft is anticipating that it’s number of drivers will actually double in the next five years, and they are investing in field support for those drivers today. “Just as advancements in aviation technologies haven’t reduced the need for pilots or flight staff, there’s still security in the future for the 1.4 million people who depend on driving for an income,” noted McNeill.

When And Where Will The New Lyft Hubs Open?

Lyft anticipates having the first new center open in the coming months. The initial plans call for about 30 Lyft driver hubs (presumably in major markets). Currently, Lyft has 15 driver Hubs around the country. The company is still determining where the first few new locations will be.

From the renderings, nice. 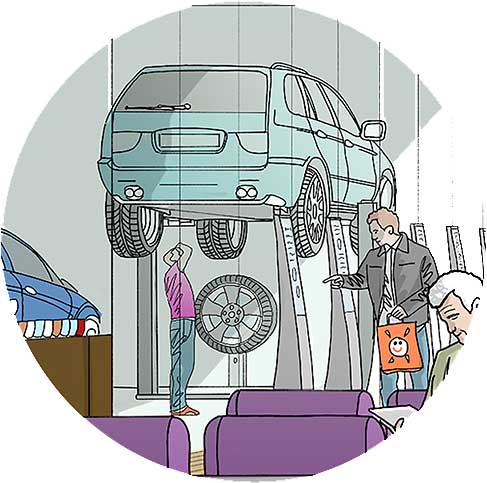 According to McNeill, Lyft’s new driver centers will be “designed to support drivers on and off the road. We’ll help drivers make a greater profit by reducing their costs, and providing education on how to maximize their earnings.” As such, many of Lyft’s new driver support centers will include heavily discounted oil changes and charging stations for electric vehicles.

Some of the new hubs will also have learning spaces where drivers can get help with filing taxes. Also new will be communal areas that offer educational opportunities, career support, as well as refreshments, clean bathrooms, and a comfortable place to rest and recharge.

Of course, the hubs will continue to offer access to the Lyft support team.

One of the main goals of the new driver centers is to help lower driver operating costs, an idea we at Rideshare Central can get behind. After all, our motto is “drive profitably”.

The Ongoing Lyft-Uber Battle To Be First With Drivers

Lyft’s new driver centers are the latest strike in an ongoing battle between Lyft and Uber for most favored status among drivers. While most drivers prefer Lyft, Uber has made a number of moves to increase driver loyalty, including an app redesign, finally adding in-app tipping, and the aforementioned 180 Days Of Change. Lyft has responded by positioning itself as the rideshare company where drivers earn more and receive better company support.

So far, Lyft is winning the driver satisfaction battle. 75% of Lyft drivers are satisfied with their driving experience compared to only 49% of Uber drivers. However, the rideshare industry is still very young and Lyft has received some flack in the past for seeming to mimic Uber’s moves on app features and company infrastructure.

At first glance, it seems they are trying to do the same with these new driver support centers. Uber has approximately 600 Greenlight centers across the country, allowing the company to offer in-person support in most markets. However, while a few of these centers offer some of the things the new Lyft Hubs will offer, most are small offices with the same driver support you can get in the app. The planned new Lyft hubs opening around the country in the coming months will likely have much more to offer drivers than the average Uber Greenlight center. as Lyft is looking to solidify it’s reputation as the rideshare company for drivers.

We’ll keep you up to date on Lyft’s new hubs as we get more info. Drive profitably.

Next Post: Lyft Is Rolling Out An Updated Driver App This Summer – See It Here!

Lyft named to No. 2 spot in the CNBC Disruptor 50 List