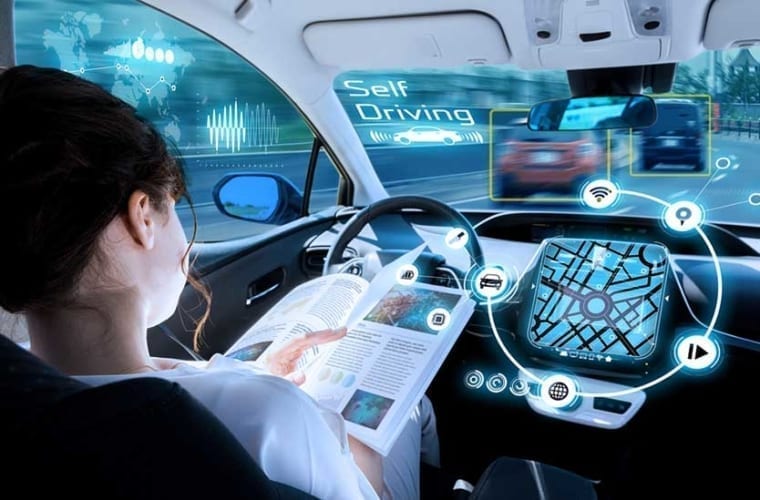 Lyft And Self-Driving Cars: What’s It Mean For Drivers?

You’ve probably heard about autonomous vehicles, or self-driving cars. If you drive rideshare, you may be wondering how self-driving cars will affect you. Lyft COO Jon McNeil and Lyft Head of Driver Relations Laura Copeland recently posted a video addressing some driver questions on the topic. Here are some key takeaways from the video (scroll to the bottom to watch).

Will A Self Driving Car Replace Me?

The big question, of course, is will a self-driving car take my job? After all, every major company seems to be investing in self-driving cars. Fortunately, the answer is likely no.

For one thing, it will likely be 3 to 5 years before self-driving cars can be spotted outside of certain testing cities. Widespread adoption is probably 5 to 10 years away or more.

Rideshare Is Still In It’s Infancy

Simply put, Lyft will need more drivers on the road than it has today, even with the advent of self-driving tech. That’s the main reason Lyft is looking to double the number of drivers it has in the next five years.

The leading players in the self-driving tech industry are Waymo (Google subsidiary) GM, and Ford. Lyft has partnered with all three, as well as Magna, an auto parts manufacturer, who will help Lyft develop and market self-driving systems.

However, autonomous tech is more than self-driving cars. Lyft is investing in the technology as a broader program that involves bikes, scooters, and integration with municipal transportation. By developing the technology, Lyft is hoping to help cities address concerns such as increased congestion, pollution, and drunk and distracted driving.

To this end, Lyft has already begun pilot integrations with the Transportation Authority of Marin County and the Big Blue Bus in Santa Monica

The company’s overall goal is to become a one stop shop for transportation, all modes of transportation. Self driving cars will certainly be a part of that, but definitely not the whole picture.

Why Everyone’s Investing In Autonomous Technology

The reason for all the investment and excitement is that everyone knows that autonomous tech will be a big part of the future. But, no one knows exactly what the long term picture will be, and no company wants to be left behind to become the Xerox of autonomous tech world.

The Xerox story is famed in tech circles. In the late-1970’s, Xerox was a copier company with a research division in Palo Alto called Xerox Parc. At the time, Xerox Parc had developed a computer system light years ahead of anything on the market. It had a point and click interface, a mouse, and full networking capabilities.

Unfortunately, the executives at Xerox did not know what they had or how to sell it, so they basically did nothing. The apocryphal response from one Xerox exec was, “You want us to sell something called a mouse?”

A bit later, a small company named Apple asked to see Xerox Parc’s research, and Xerox said yes. Apple then built the first Mac partially based on Xerox’s work. Then, when Microsoft was building Microsoft Office software for the early Macintosh, they built Windows based on the early Mac interface.

Lyft Still Considers Drivers To Be The Foundation Of the Company

The rideshare industry is going to look a lot different in five years. But the majority of the changes are unlikely to involve self-driving cars, or even affect drivers directly. Most of the changes will likely involve adding services like bikes and scooters to the rider app, or initiatives to reduce congestion. Eventually, riders will also see more integration with local subway and bus systems.

This will give Lyft riders the ability to get anywhere in their area, using only the Lyft app. However, even with these additions, Lyft seems to realize that without drivers, there’s no Lyft. McNeill was quick to point out that, “Drivers are the foundation of Lyft. …we’re in the hospitality business, and drivers provide that hospitality.”

So, the rideshare industry is likely to change over the next few years, but drivers are going to be a larger, not smaller part, of that future.