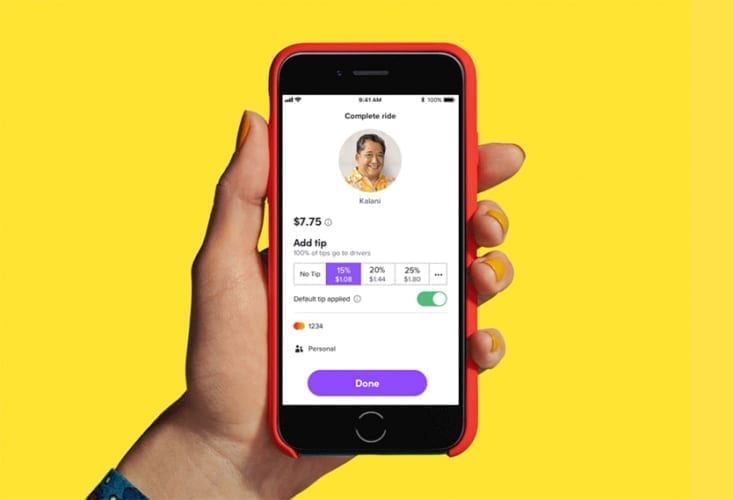 Letting riders set a default tip percentage has been on plenty of rideshare drivers wish lists. If you’re a Lyft driver, you can cross that item off the list. Today, Lyft announced they are adding a default tipping option to the Lyft rider app.

Not only that – but Lyft is also adding a few more tipping and ratings features, and have committed to rolling out a new app feature or driver suggested enhancement each month.

Tipping has always been a core concept at Lyft. Lyft riders were able to tip drivers in the app years before Uber finally added the feature (in 2017!). Lyft also redesigned the rider app tip screen this past summer, resulting in a 20% increase in the amount earned from tips by Lyft drivers!

Now, riders will be able to set a default tip percentage for all future rides.

Lyft is also giving riders the ability to add a tip during the ride. More than half of Lyft riders open the app during a trip. When they do that in the future, they’ll be presented with an option to add a tip to the current ride.

These new tipping features will roll out to some riders in December, with a wider rollout through early 2019.

Lyft drivers have currently collected almost $1 billion in tips, and these moves are almost certain to increase the rate at which Lyft passengers tip.

Besides the new tipping features, Lyft is making three key changes to the driver ratings system:

These are some great changes. Even great drivers will get a 1 or 2 star every now and then. This way, you get a mulligan once every 100 rides. Even better, if the issue that led to the low rating was something like traffic, or another passenger on a Lyft Line, the rating won’t count against the driver.

The genesis for some of these features came from Lyft’s Driver Advisory Council (DAC). Lyft created the group (comprised of Lyft drivers) in 2016, to better address driver concerns. The group also helped come up with Lyft’s gas price relief program this past summer.

DAC members, drawn from all over the country, offer advice on issues and policies that affect drivers, and also help test out new features. If you’re a Lyft driver and have an idea for a feature or some feedback, you can get in touch with your region’s DAC representative by clicking HERE.

Rajiv Bhatia, Lyft’s new Head of Driver Product, lauded the contributions of the group, noting that “Lyft’s Driver Advisory Council is completely unique for the industry, and it is one of our most effective ways of staying tuned into the driver community nationwide. The six new features that we are announcing today and those that we commit to delivering each month, are the result of feedback from drivers through channels like the DAC.”

Lyft has been on a bit of a roll lately, announcing a major expansion of their Express Drive program, making key new hires, and prepping to go public. These further moves should only help stoke momentum as the company begins its IPO roadshow.

10 Things To Avoid Doing As A Lyft Or Uber Passenger

How to Get More Tips on Uber, Lyft, Juno And Via