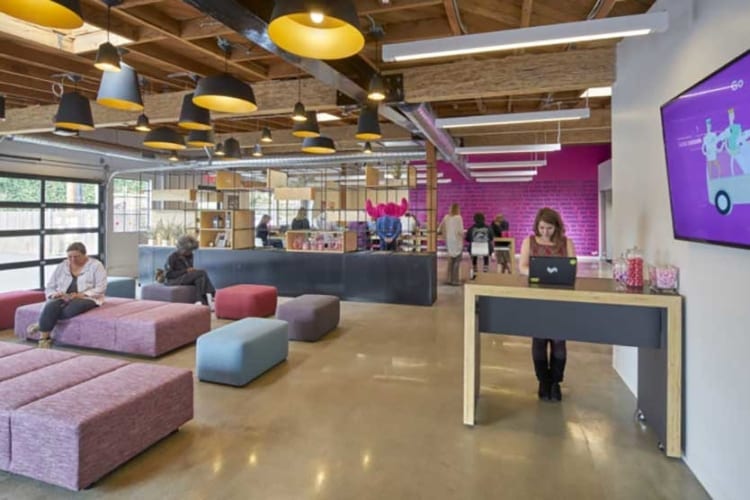 It’s been a busy second half of the year for Lyft. Just last week, announced their purchase of Blue Vision, an augmented reality company. The company will fall under Lyft’s Level 5 Engineering Center headed up by Luc Vincent. Blue Vision specializes in 3D mapping and augmented reality, which should dovetail nicely with Lyft’s autonomous vehicle program.

Earlier this summer, Lyft announced Lyft Pitch, a competition for driver entrepreneurs offering $30,000 in prizes. As one in five Lyft drivers are also entrepreneurs, the D.C. based competition has generated a lot of excitement. The winner will be announced November 14th at the Blind Whino SW Arts Club. The competition may expand to other cities next year.

Lyft also recently announced plans to go public in the first half of next year, with J.P. Morgan, Credit Suisse, and Jeffries working on the listing.

However, the big summer Lyft news for drivers was the announced expansion of their popular Express Drive rental car program, and the $100 million investment in new, state of the art, driver support centers. This expansion is being led by Karim Bousta, Lyft’s VP of Driver Experience. He started at Lyft in May after a successful tenure as Tesla’s VP of Worldwide Service & Customer Experience.

This week, Lyft announced a further planned expansion of the Express Drive program. While Lyft Express Drive is already available in more than 30 cities, with more on the way, Lyft has bigger plans in mind. The company is not only aiming to double their Express Drive fleet. They eventually want to build a rental car program where even if someone has a car, they primarily use an Express Drive vehicle to Drive With Lyft. This is a substantial change from the way rideshare companies operate today.

Lyft has already partnered with Avis, Hertz, and Flexdrive on their Express Drive program. But in order to make Express Drive the most popular choice for Lyft drivers, the company knows the program will need sufficient driver support infrastructure.

To that end, Lyft has continued its recent hiring spree.

Chris Donus has joined Lyft as VP of Express Drive. He was previously the President and COO of Silvercar (helping to secure Series A funding). He’s also held positions executive positions at Freescale Semiconductor and Hertz. He will report to Karim Bousta as the work to expand the Express Drive program.

Lyft has also hired Rajiv Bhatia as Head of Driver Product. He was previously VP of Product at Altschool and has also held product and management leadership roles at Zynga. He will report to Ran Makavy, EVP of Rideshare Technology. Rajiv will lead management of the Lyft driver app, support, safety, insurance, as well as Lyft’s fleet management products.

Lyft’s new driver centers will play a major role in the Express Drive expansion, providing support to drivers on and off the road. The goal of the support centers is to help drivers reduce costs while maximizing earnings. While the new support centers will continue to offer access to the Lyft support team, many of the new centers will offer discounted oil changes and electric vehicle charging stations. The will also provide a place for drivers to socialize or recharge, with refreshments and clean bathrooms.

Previous Post: Tips For Driving Lyft Or Uber On Halloween

Lyft Application Guide: What You Need to Know