The No. 2 player in the ride-sharing market — second to Uber — “has made impressive market share gains within the U.S. as demand for ride-sharing continues to grow,” analyst Tom White of D.A. Davidson wrote in a note about Lyft’s prospects, as reported by Bloomberg News. “The continued population migration to cities and the rising costs of personal car ownership will further drive adoption of ‘Transportation as a Service’ models over the coming years.”

With a valuation of $23 billion and a reported increase in market share growth from 22 percent to 39 percent during the past two years, the San Francisco-based company has many eager investors clamoring to buy its shares when it debuts on the stock exchange March 29 (trading as NASDAQ: LYFT).

Others are more hesitant to make a move on Lyft, citing deep losses, increasing competition, and limited shareholder voting rights as three main concerns, according to The Motley Fool. The company itself has described the 30.77 million shares it will make available through its initial public offering as oversubscribed.

Given these mixed reactions and Lyft’s own assessment, should you buy Lyft stock when they IPO?

It appears that many investors are willing to turn a blind eye to uncertainty with regard to Lyft’s profitability outlook and its future strategy for self-driving cars in order to take part in the first and the biggest, most high-profile tech IPO in 2019 (rival Uber is planning to kick off its initial public offering in April). If you consider yourself this type of investor, then Lyft may bring a mighty reward — or a major loss.

For the more measured, financially-conservative types unmoved by buzz, hype, and anticipation, there are several factors to consider before investing in Lyft.

In its updated U.S. Securities and Exchange Commission filing, Lyft priced its 30.77 million shares between $62 and $68 per share, which, the company estimates, will bring in around $2 billion in cash that will be used for working capital and general corporate purposes. Based on these numbers, Lyft’s IPO would give the company a $23 billion valuation.

At an expected $65 price per share, Lyft is valued at about 5.4 times enterprise value to sales, which White considers “reasonable given Lyft’s growth profile.” Given the popularity of ride-sharing, growing market demand, and the buzz surrounding Lyft’s IPO, the analyst believes Lyft’s target share price should be $10 higher than the IPO’s midpoint average and set his buy recommendation at $75 per share — a 15 percent premium over the IPO’s pricing range. White’s share valuation is based on a 6.4 times 2019 enterprise value to sales multiple, according to Yahoo! Finance.

White’s share valuation may be on point given that many initial public offerings typically price shares at a 10 to 15 percent discount to the company’s valuation. Lyft’s share price is expected to be finalized on March 28, according to The New York Times— one day before trading begins.

A higher share price could mean higher rewards in the long run … or maybe not. According to venture capitalist Alan Patricof, an early big tech investor, the initial stock price of an IPO is usually driven by excitement and takes a while to settle.

“It’s a confusing time,” said Patricof, the co-founder and managing director of Greycroft LLC, in an interview with CNN.

Lyft has admitted that it may never become a profitable company. In mandatory disclosures filed with the SEC during the IPO process, the ride-sharing company reported a net loss of $911.3 million last year on revenue totaling $2.2 billion, according to The Washington Post.

“We have a history of net losses and we may not be able to achieve or maintain profitability in the future,” Lyft disclosed in its SEC filing, also admitting that its limited operating history and evolving business “makes it difficult to evaluate our future prospects.”

In his recommendation, White noted, “Lyft has a more focused geographical footprint and product portfolio than its largest competitor, but Lyft appears to be several years away from profitability.”

In addition to an uncertain future with regard to profitability, Lyft could also be upended by emerging competition. Aside from rival Uber, Lyft competes against less popular services, like Gett/Juno and Via as well as traditional taxicabs. In its IPO filing, the company noted that growing demand for shared scooters and bikes also poses a threat to the overall industry, though, not necessarily to Lyft. Lyft shielded itself against this threat by pouring millions into the acquisition of Motivate, which made Lyft the country’s biggest scooter and bike share operator in a deal that was valued at around $250 million, according to The Washington Post.

Among 70 potential downsides Lyft outlined for investors in its IPO filing with regard to its operation and the ride-sharing industry, the company also listed its heavy reliance on independent contractors working as drivers, uncertainty over the popularity of self-driving cars, and potential regulation over the concern of increasingly crowded streets and curb space as additional risks that it — as well as the ride-sharing industry — faces. A court ruling, for example, could force Lyft and Uber to classify their drivers as employees rather than independent contractors, bringing with it additional costs.

Another cause for potential risk — if not also a concern — is the limited voting rights shareholders will have. Lyft’s co-founders Logan Green and John Zimmer will retain control of the company “thanks to their ownership of a special class of shares that gives them 20 times the voting power of regular shareholders, despite each of them owning less than 3 percent of the company,” according to The New York Times.

A coalition of institutional investors questioned the arrangement, saying it “imposes a significant gap between those who exercise control over the company, and those who have economic exposure to the consequences of that control.” 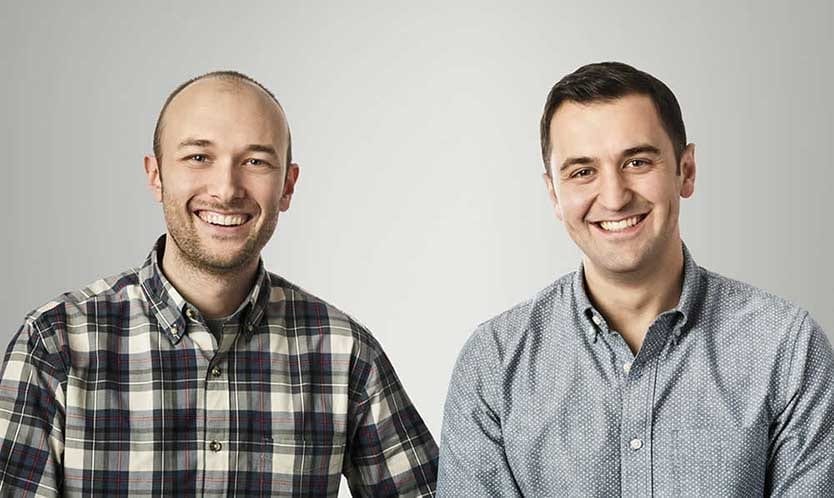 In its IPO filing, Lyft disclosed that both its revenue and market share had jumped substantially on account of Uber’s disastrous public relations efforts, which led to the departure of Uber founder and CEO Travis Kalanick. Uber’s setback catapulted Lyft’s market share to 39 percent in December 2018, nearly double what it was two years earlier. Lyft’s revenues increased nearly sevenfold, jumping from $343 million in 2016 to 2.2 billion in 2018.

Despite its strong numbers, Lyft can’t bank its future success on Uber’s shortcomings. Instead, the company has turned to the industry itself, highlighting in its IPO filing how it stands to benefit from continued growth of the on-demand car and driver business model. Like Uber, Lyft is betting on a driverless future, investing millions into research and development for self-driving cars, which could be less costly than splitting fares with drivers. While other tech giants, like Alphabet’s Waymo, are trying to capitalize on this trend, too, Lyft — like Uber — can claim an advantage.

U.S. consumers are spending roughly $1.2 trillion every year on personal transportation and the potential for continued growth remains. According to The Washington Post, U.S. market opportunity for ride-sharing companies could reach $105 billion by 2029, or “about four times the size of the historical domestic taxi and limousine market.”

Some analysts have cautioned against reading too much into the risks because there are too many assumptions about Lyft and about the ride-sharing industry to quantify.

Given all of the uncertainties and all of the hype surrounding Lyft’s IPO, the opening bell March 29 might ring in Lyft’s stock price at $75 just as White predicted. Those looking to turn a quick profit off of Lyft shares likely won’t. Those who can tolerate risk and are willing to stick with Lyft for the long haul, riding out market volatility, likely will.

For now, though, the risks seem to outweigh the rewards with Lyft. Whether you decide to go all in on its IPO shares or remain sidelined, at the very least, experts say Lyft’s public offering will test just how much Wall Street values the ride-sharing business model.

Previous Post: Top 10 Side Gig Apps and Sites for Freelancers

How Does Uber Work? Your Uber Rider App Guide