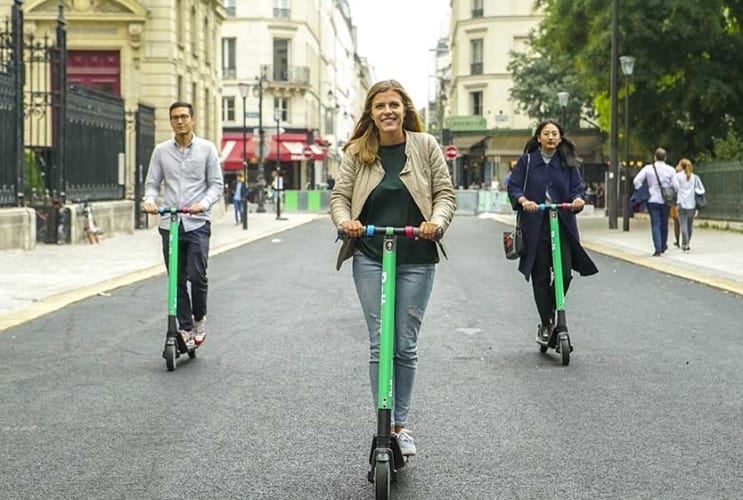 This week, the mobility sector is abuzz after Lyft’s IPO last week. What does Lyft’s IPO mean for similar companies going public this year? Find out below.

Lyft Stock Falls (Again) Less Than One Week After IPO

Less than a week after Lyft’s IPO, the stock is already falling. Shares in Lyft began trading at $72 during its IPO, spiked around 20%, and started falling the next day.

According to financial expert Kevin O’Leary, Lyft is a “treacherous” stock to invest in because the company is not making money.

On Tuesday, Seaport Securities initiated coverage of Lyft with a sell rating. with a target price of $42 per share.

“Despite the optics of vehicles being an underutilized asset, we believe people will continue to own their own vehicles as primary transportation and instead rely on the ridesharing services as a convenient supplement.” stated Seaport in a note to investors.

Ric Edelman, Co-Founder of Edelman Financial Engines, agrees with Seaport’s recommendation to sell. “We’re not telling any of our clients to buy into these IPOs,” he said.

The problems with Lyft’s IPO means that companies like Uber and Postmates are going to have a rough road ahead of them. It’s not surprising that Lyft’s stock is falling so quickly.

The only people making money are the ones selling the stocks. It’s true that ridesharing services have revolutionized transportation as we know it, but unless these companies can generate more revenue, their current business model will not be sustainable in the long-term.

As with Bird Lyft, and Lime scooters, customers use their smartphones to unlock scooters at docks around the city, and then leave them on the sidewalk (hopefully out of the way) when finished. The rides cost 15 cents per minute plus a one-euro minimum charge.

In addition to rebranding, Bolt recently hired a former Spotify executive. The company was valued at $1B last year after raising $175M in funding. With the addition of service in Madrid and participation in Miami’s new pilot program to bring electric scooters back to the city, Bolt is intent on becoming a player in the very competitive scooter industry.

UK startup Wayve made headlines this week when they announced an innovative new autonomous car technology.

Until now, autonomous vehicles required engineers to hand-code complex rules to “teach” self-driving cars how to navigate streets and avoid collisions. Sensors placed in strategic locations serve as the car’s eyes and the vehicle’s computers compare this data against their rules to safely arrive at their destination. HD maps are also built by engineers and fed to the car’s computer. To improve driving, more sensors and engineering are required. 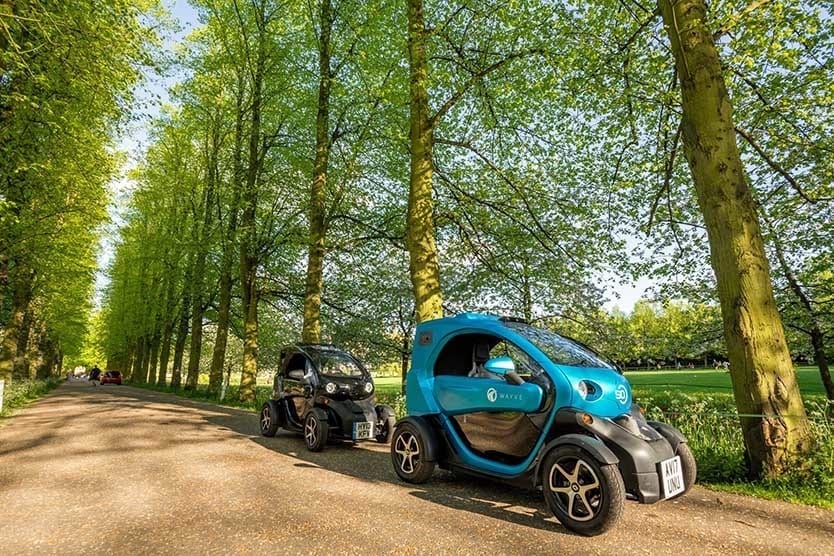 Wayve’s technology is much less expensive than the current standard. Instead of hand-coded rulebooks and costly sensors, end to end machine learning allows autonomous vehicles to “learn to drive like a human” using only some basic cameras and a satellite navigation map.

The AI learns to improve its driving through experience every time a safety driver intercedes. Wayve tested the vehicle in Cambridge on a road never used before.

By developing a less expensive technology than what’s currently available, commercial autonomous car service may become a reality sooner than expected. On the other hand, Google, GM, and most major automakers have been working on self-driving vehicle programs for years, and none of them have fully cracked the code yet.

The eight passenger van fleet is a rolling work of art, with replicas of Vincent Van Gogh paintings on the side of each one.

Instead of hiring a ridesharing company to handle transportation, the San Joaquin RTD chose to build their own mobile app, reservation system, and maintain their own fleet of vehicles.

It’s too early to tell how well the program is doing, but if it is successful, it could become a model for other public transportation systems. Of course, they’ll still have to compete with Uber and Lyft’s public transit programs.

Previous Post: Favor: Guide to Getting Started as a Runner for Favor

Next Post: Getaround vs. Turo vs. HyreCar: Which Should You Rent From?

Eight Things to Tell Your Lyft Driver in Advance