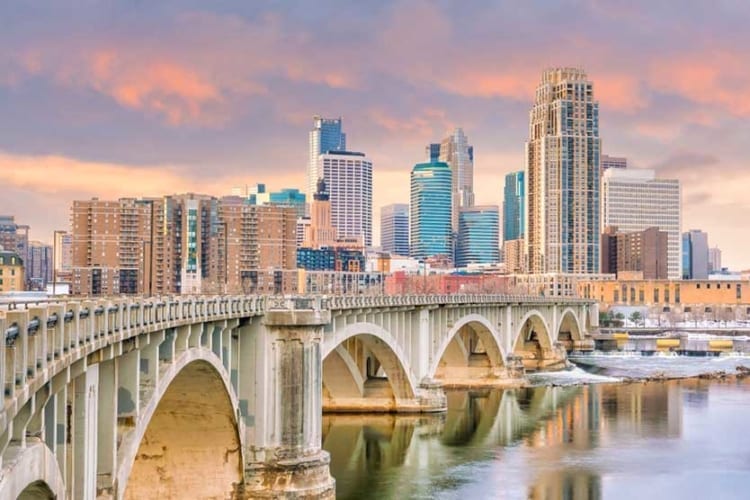 Minneapolis is the 16th largest metropolitan area in the United States. Consisting of some 3.6 million residents, the Twin Cities Metro is not only the economic hub of Minnesota but is one of the largest economic centers in the Midwest. Since the introduction of Uber and Lyft to the region in 2012, rideshare has been a mainstay of the Minneapolis scene.

However, with the average spent on Lyft and Uber in Minneapolis at $34 per month, compared to $56 in Atlanta and $84 in New York, it is important to know where and when to drive if you want to drive profitably. The difference in where and when you start driving can be the difference between a busy night and a low fares outing.

With Doordash, you can also deliver by motorcycle, scooter, and in many markets, even bikes!

Minneapolis has worked hard to be accommodating to Lyft and Uber. Per Minnesota Public Radio, in 2018 there were more than 5,000 Uber and Lyft drivers cleared to serve the Minneapolis-Saint Paul Airport, compared to just 600 taxis. This willingness to embrace ridesharing gives drivers advantages in pick-ups, particularly downtown.

On weekend nights, for example, 1st and Hennepin Avenues between 3rd and 6th Streets are closed to regular traffic. Rideshare drivers can enter the area at 6th and 1st and 6th and Hennepin. It is important that the vehicle is wearing its proper trade dress on both the front and back windshields.

During daylight hours, the best places to drive are downtown, Dinkytown, and Bloomington.

Parking and traffic can be challenging, particularly during rush hour. When driving downtown during prime hours, it is important to set aside enough time to handle the traffic or to learn how to navigate alternative routes.

Al’s Breakfast, arguably the smallest restaurant in the state, and the Loring Pasta Bar—which is in the building where Bob Dylan lived—are all in the neighborhood. During the University of Minnesota football season, weekend demand to and from Dinkytown is a must for rideshare drivers.

Bloomington: While technically not part of Minneapolis, the affluent suburb of Bloomington is home to the Best Buy, HealthPartners, Toro, and Ceridian corporate offices, the Mall of America, and the Minneapolis-Saint Paul Airport. As Bloomington is a large city in its own right—the fifth largest in the state—it is advisable to choose a spot, such as the airport, to work instead of roaming. The airport uses a “first-in, first-out” system, meaning that drivers need to enter a designated waiting area in the “FIFO zone” to receive priority queuing for airport passengers. 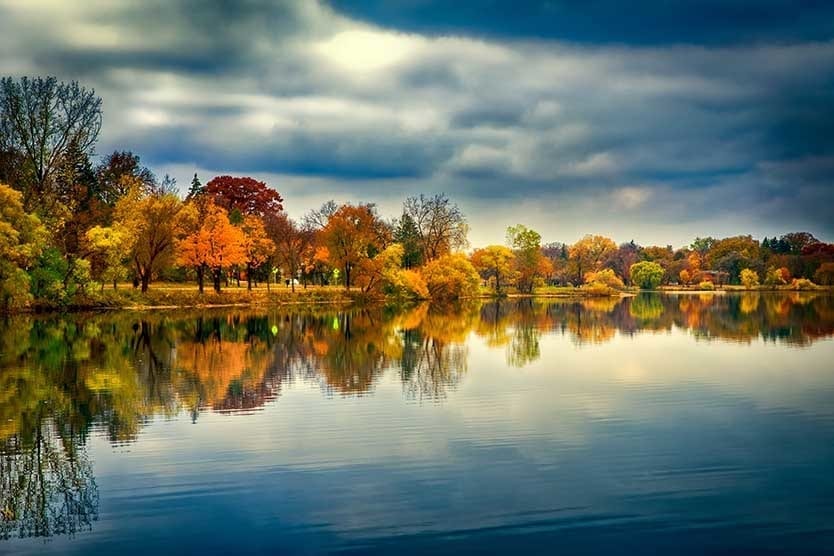 At night, the best spots are:

Target Field, Target Center, Xcel Energy Center, and U.S. Bank Stadium: Minneapolis is a city for hardcore sports fans. Whether it’s the Vikings, the Timberwolves, the Twins, or the Lynx, Minneapolis has a professional team for everyone. It is important for rideshare drivers to know the game schedules for all four stadiums in order to maximize pickups.

Uptown: The hub of young professional and hipster life in the city, Uptown is the place to be for the 18- to 35-year-old demographic. Popular spots are Calhoun Square, Cowboy Slim’s, Stella’s Fish Café, Sushi Tango, the VFW Post, and the Green Mill.

Dinkytown: The college students will want to go out and party. Safe bets are the Varsity, Fraternity Row, and 14 Avenue SE.

Downtown/Hennepin Avenue: Home of the Saloon, the Orpheum theater, First Avenue, and the Butcher & the Boar, driving Hennepin at night can be challenging, but rewarding.

It should be noted that not every neighborhood/area will be busy all the time. Especially during the winter, a driver may find more fares in the residential neighborhoods than staking out the commercial ones. Good residential areas to try are Lyn-Lake, CARAG, and Northeast Minneapolis.

The best time to drive depends on the area:

For a full-time driver, a good strategy is to start with the downtown commutes and work toward the airport.

It is typically better to drive rideshare on weekends than weekdays, but if a driver is willing to show some flexibility, it is possible to keep your queue full. It is important that, before you drive, you are familiar with the city and are comfortable navigating without a map.

Uber vs. Lyft In Minneapolis

Uber and Lyft both appeared in Minneapolis roughly at the same time. Both offer various bonuses and incentives for new and existing drivers. As a driver, you tend to wind up favoring one or the other. However, many Minneapolis drivers sign up for both Lyft and Uber and alternate sign-ins based on current rates.

Next Post: 8 Things to Know About Using Upwork as a Freelancer

Insuring Your Airbnb, HomeAway, Or Other Peer-to-Peer Rental

Doordash Dasher Tips: How to Maximize Your Income

How to become a Lyft driver.

7 Questions Every Startup Entrepreneur Should Consider

Drive With Lyft: How To Become A Lyft Driver – 2019 Requirements