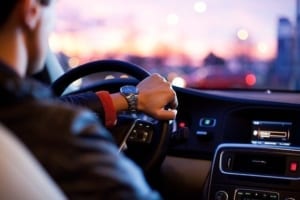 While it depends on the market, in most places, Lyft and Uber driver pay is about $15-20 per hour, before expenses. In certain markets, like Houston, the number is lower. In other markets, such as New York and parts of Southern California, drivers can make more.

There is also great variability from driver to driver. Full time drivers, and drivers who tend to drive longer shifts, usually make more. Full time drivers tend to be more efficient and know the city better. Longer shifts (4-6 hours) tend to have higher per hour earnings than short shifts (1-2 hours). The reason is that longer shifts are more likely to intersect with one or more set of peak hours. Peak hours occur during rush hours and evenings near or during the weekend. That being said, a driver can still make good extra money driving for an hour or two before or after work.

Driver bonuses can raise your Lyft or Uber driver pay

Another reason full time drivers make more is the weekly bonuses Uber and Lyft offers to drivers who complete a certain number of rides. These bonuses can add $150-$250, or more, to a driver’s pay. For example, Lyft may offer a driver an extra $200 if they give 105 rides in a week.  The catch  is that it will likely take you four or five days to give 105 rides on Lyft.  Luckily, they also have bonuses if you give 40 or 65 rides a week.

Uber, on the other hand, tends to split their bonuses up. So, they may offer an $80 bonus for giving 55 rides between Monday and Thursday and then another $90 bonus for giving 55 rides from Friday to Sunday. The actual bonus amounts vary by market. Because of how they structure their bonuses, it is generally easier to get a bonus driving part time for Uber than it is for Lyft.

Both companies also give bonuses on individual fares during peak hours. Lyft calls them Power Zones. Uber calls them Boosts. They essentially work the same way.

The rise of delivery services

Many drivers also drive for delivery services such as Instacart, Caviar or Doordash. It’s another source of revenue and it can keep you busy during off peak hours. The only way it’s different from Uber and Lyft driving is that you don’t have a passenger in the vehicle, and you have to get out of the car to get the items, and then deliver them.

Is driving for Uber or Lyft for you?

It’s impossible to know until you try it. Obviously, it won’t be for everybody. However, besides the money, there are some other great benefits to being a rideshare driver. First, you learn your way around very well and can discover new parts of your town. Second, it can make you a better driver. When you’re driving passengers around, you tend to develop a smooth and easy driving style. This style of driving has an added money saving bonus of getting better gas mileage. Third, you get to meet a lot of people, from all over your city. I don’t think many of us realize how small the circles we work and travel in are, but being a rideshare driver gets you out of your bubble.

Now, this doesnt mean you’re going to find true love driving for Uber or Lyft (or even Instacart), or have some life altering conversation with a passenger. Most rides are pretty routine and I’m not a big talker when I’m driving. However, sometimes passengers want to talk, and over the past three years, I’ve had at least a couple of hundred great conversations with really interesting folks. Beats the boring water cooler chatter i had to have with Gary from sales any day.

So, if you want to know your way around, get better at driving, and meet people from every walk of life, perhaps being a rideshare driver is for you.

Previous Post: Get A Car For Uber Or Lyft

Next Post: Google v. Uber: A primer on the lawsuit that could threaten Uber’s future

Signing Up to Drive for Uber or Lyft Over Winter Break