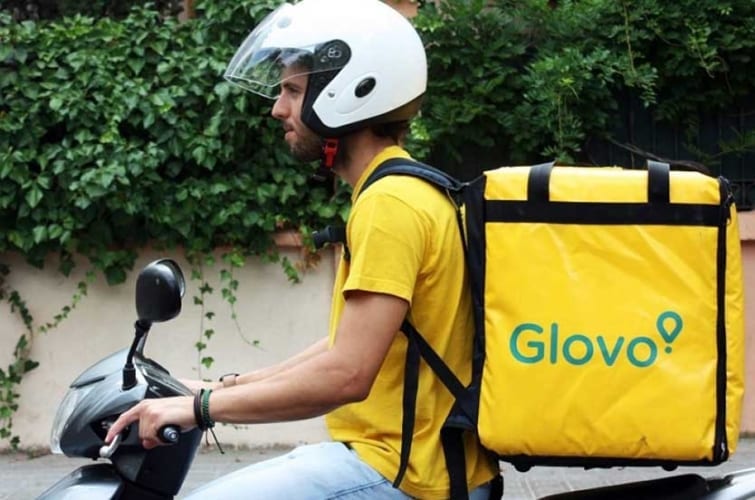 Uber was the first to freeze hiring on April 1, with Lyft following suit on April 15.

The new law helps drivers earn competitive wages and decreases congestion in a city with some of the worst traffic in the world. Current drivers will likely make more money because of the decrease in competition.

However, less ridesharing vehicles on the road make it harder for customers to catch a ride when they need one. This regulation could keep new customers away and stifle ridesharing growth overall. With both Uber and Lyft still in the red since their inception, the future growth of the industry may hinge on the ability to attract new customers in spite of regulations that limit the number of drivers on the road.

Barcelona-based Glovo doubled their amount of capital in their latest Series D round, which included $168M in investments from Lakestar, Drake, Korelya, and Idinvest.

The company was founded in 2015 and delivers various consumer goods in as little as 20 minutes to several urban areas in Europe, Africa, and Latin America.

Glovo is similar to Postmates because customers can request to buy items from stores not included on the app, but doesn’t focus as heavily on food delivery. The company also doesn’t deliver in the same markets as Postmates and doesn’t have any plans on expanding into the US anytime soon.

Companies like Glovo are doing a great service to provide delivery services to busy city dwellers and those that are home-bound, as well as reduce traffic congestion in areas like Barcelona.

On demand food delivery company Postmates increased the number of cities it services from 2,500 to 3,500 across all 50 US states.

Postmates is the fourth-largest food delivery service behind DoorDash, Uber Eats, and Grubhub. The company was recently valuated at $1.85B and is one of many set to go public this year.

While Postmates doesn’t have the market share of Uber Eats or DoorDash, new initiatives such as Postmates Unlimited and Postmates Party have allowed the company to significantly increase its earnings provide consistent revenue for the company.

Postmates Unlimited provides free unlimited deliveries on orders over $15 for $9.99 per month. Postmates Party, which represents 12% of all Postmates orders, lets customers get free delivery from restaurants that nearby customers are also ordering from.

Despite only capturing 10% of the food delivery market, Postmates new private valuation and service offerings make it a better option for investors looking to get in on the ground floor of a new offering.

Toyota’s Fund II comes after Qualcomm and Baidu announced similar investments earlier this year. Toyota will add another $100M to the pot through its investment arm Toyota AI Ventures, pushing the total amount of available dollars for startups in this space to $700M. Qualcomm’s startup fund is also $100M, while Baidu’s growth-stage fund totals $500M.

Toyota AI Ventures began investing in the industry back in July 2017, with a $100M cash injection into the industry that helped several companies like Joby Aviation and Nauto raise additional investments from big investors like the Softbank Vision Fund and Greylock Partners.

As public-private partnerships become more prevalent, collecting data on these trips become increasingly important for government officials to measure the effectiveness of these programs.

The latest e-scooter pilot program in Portland, OR is requiring companies to collect an unprecedented amount of data.

MDS gives governments the ability to access real-time data about rides taking place in their jurisdiction. In addition to providing information to the government, the technology allows two-way communication to help riders understand the rules of the road.

While this new standard is a great way for governments to understand the impact of mobility services on their cities, it also raises serious data privacy concerns and may make it difficult for smaller players to take advantage of these government programs that provide stable income.

Postmates Driver: How To Become A Postmates Courier