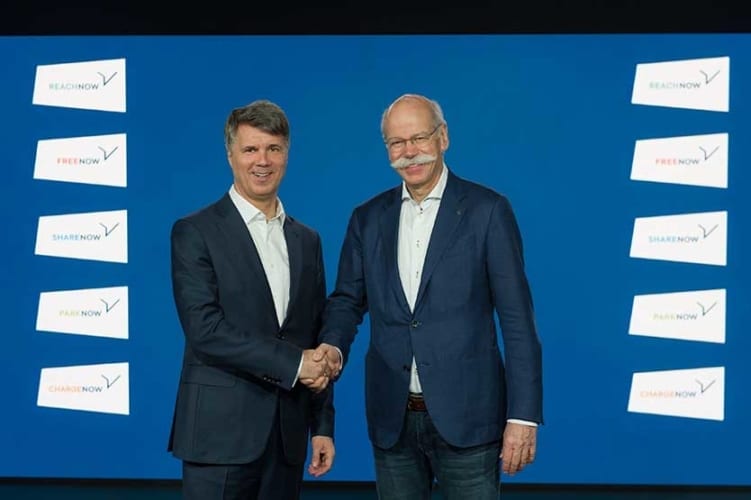 It seems at times that ridesharing has become ubiquitous in the United States. But by every conceivable metric, things are still somehow only picking up steam. Every day, new companies are trying to get in on one of the most significant technological revolutions of our time. Now, BMW Group and Daimler AG have announced a joint rideshare and mobility venture. Their service is bit different from others, as it aims to create a new global player that will offer sustainable urban mobility services to customers across the country.

What Does This Joint Venture Include?

The venture itself will actually see the launch of not one but five new services. This is possible thanks to the fact that both brands are essentially combining services that were already being offered under one virtual “roof” for the first time. They include:

“Park Now” allows people to book their ideal parking space with just a few quick clicks of a button. Not only is it a more effective way for people to locate parking in a matter of seconds, but certain locations will offer additional value added services as well. These can include but are not limited to 24/7 security and monitoring services, along with comprehensive car wash services.

“Charge Now” offers similar functionality, only geared at existing owners of electric vehicles. It is the next evolution of a similarly named program that was offered by BMW that came to an end in December 2018. Via the app, users can instantly see a complete map of available charging stations in their area. They can not only book time in a charging station that suits them, but can also get turn-by-turn directions to get there as soon as possible.

“Reach Now” is the service that will be the most familiar to users as it is naturally very similar to solutions offered by companies like Uber and Lyft. It does have a number of features that make it unique, however. Via the app, all someone has to do is enter a destination and they can either choose to drive themselves or get a ride. If they select the former, they’ll be given turn by turn directions similar to any conventional GPS and they will get the use of a car from the company’s fleet. If they choose the latter, a driver will pick them up and take them wherever they need to go. The “Get a Ride” functionality is what makes it close in execution to competing services that already exist, but everything else indicates that this is where those similarities end.

In terms of payment for driving yourself, users can drive by the minute, the hour or even the day depending on where they’re going and what their intentions are. As per the website, current rates for driving yourself begin at approximately $15 per hour. Booking the same car for multiple days is also an option. Under this scenario, they can also find parking anywhere in the coverage area for maximum convenience.

BMW boasts that its current fleet offers hundreds of BMWs, electric BMWs and MINIS via the service, though more will be added in the future. Currently, “Reach Now” is only available in Seattle and Portland although a rapid expansion is predicted over the next few years to other areas in the country.

Why This, Why Now?

BMW and Daimler are both optimistic about the future of this joint venture, offering five key reasons why this is the right move to make at exactly the right time.

Things are a bit murkier as far as whether or not this joint venture will trigger the genuine revolution that both companies hope it will. Not only is a cooperation agreement of this size unique, but the scope of the project is essentially unparalleled.

Because of that, there is really no existing example one can point to in order to say “this is going to work, and here’s why.” Plus, one has to consider that this comes somewhat late in the game in terms of ride sharing. Established players like Uber and Lyft already command sizable customer shares and there are no signs of that slowing down anytime soon.

However, despite the fact that the market is still growing, this may be a genuine opportunity for a new player to enter the game. In the third quarter of 2018, Uber posted a $1 billion loss as overall booking volumes slowed significantly. Despite the fact that Lyft delivered its one billionth ride last year, it’s growth has slowed as well. This is part of the reason why the company is already exploring new transportation options like bikes, scooters and even public transit.

Have BMW and Daimler waited too long to launch something of this magnitude? Or does the growth of their two largest competitors mean that they’re acting at precisely the right moment? Only time will tell.

From another perspective, things are a bit more optimistic in terms of the raw value that the joint venture is capable of delivering. A recent CNET article noted floated the premise that “Uber wants to be the ‘Amazon of transportation,’ but BMW and Daimler might do it first.”

That is a very real possibility and at least for right now, it is one that cannot be overlooked. After all Damiler and BMW have a massive service and production infrastructure that no other mobility company can match at this point.

Ride sharing isn’t going anywhere any time soon, particularly in the United States. What began as a simple alternative to traditional taxi services has since evolved into an alternative to the idea of transportation as we know it. 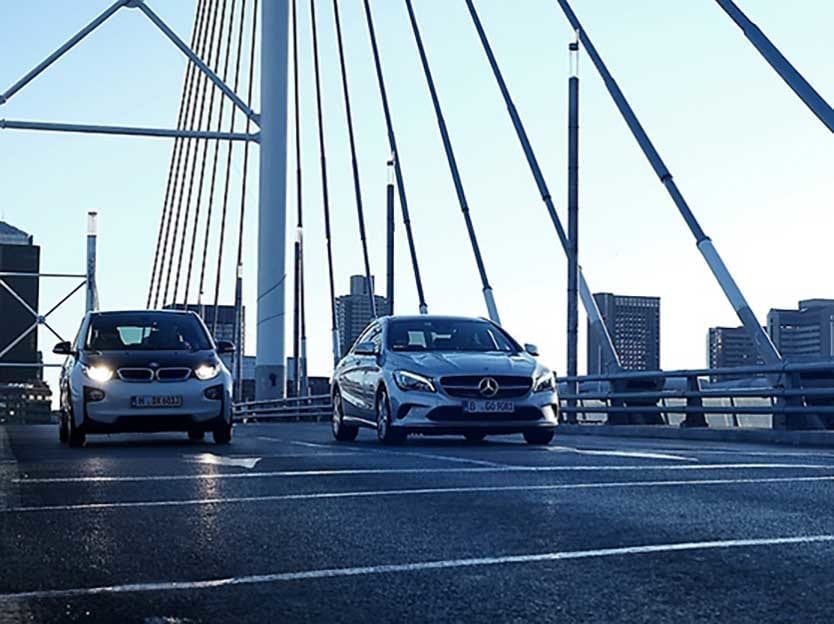 Ride sharing itself has been going through something of an evolution for years. First you could choose the type of car you were able to order, and now you don’t have to order a car at all to participate. As the gig economy continues to expand as well, this is a trend that shows absolutely no signs of slowing down anytime soon.

But is this joint effort between Daimler and BMW a vision of the future in the ways that both companies insist that it is? The answer to that question is one that professionals and users alike will be paying close attention to for the foreseeable future.