If you’ve ever thought about signing up for Lyft, you’ve probably wondered, “How much do Lyft drivers make?”

The answer depends on a number of factors, including experience and vehicle type. However, there is some data on the matter.

Yes, $17.50 is the average hourly earnings for Lyft drivers, according to a recent survey of rideshare drivers. The same survey found that Uber drivers only earned around $15.68 per hour. However, in the 25 largest Lyft markets in the U.S., the average is over $20 per hour.

Many people who drive primarily for Uber will dispute these findings, saying that Uber is busier in most markets. This is true. Uber has approximately 72% of the U.S. market overall. Even in most larger cities, where Lyft is more competitive, Uber still has about 60% market share to Lyft’s 40%. However, in a couple of markets, like San Francisco, it’s close to a 50/50 split between Lyft and Uber.

So, are these drivers right? Well, they’re right that Uber is busier. But there is a difference between Uber being busier, and drivers earning more per hour.

If a driver is running both driver apps at the same time, they’ll get more requests from Uber in most markets. And over time, they’ll make more money from Uber than they will from Lyft. This will give those drivers the impression that they can make more driving for Uber than Lyft.

However, drivers who run the Lyft app exclusively, or only turn the Uber app on in certain places, make more money on Lyft. More importantly, these drivers also earn more per hour than drivers who drive primarily for Uber. Generally, these Lyft drivers adopt something similar to the following strategy:

Using this strategy of Lyft as the primary app, and Uber as a backup app, these drivers earn more driving for Lyft. More importantly, on average, they earn more per hour on Lyft than they would driving mostly for Uber.

While Lyft has been growing faster than Uber since early 2017, most of Lyft’s growth has been in major metropolitan areas. Now that Lyft has a strong foothold in many of those areas, they’ve turned to boosting passenger demand in smaller U.S. markets. However, it may be a few months before they see results from this effort.

So, a good rule of thumb is that if you live within 25 miles of a major metropolitan area (roughly 1 million or more people), you can earn comparable money on either Lyft or Uber. If you can concentrate most of your driving in the city and the close suburbs, you’ll likely do better on Lyft. However, if you’re further out or you live in a town of 75,000 people, Uber may be a better primary option for you at this time.

If Uber Is Busier Than Lyft, Why Do Lyft Drivers Earn More? 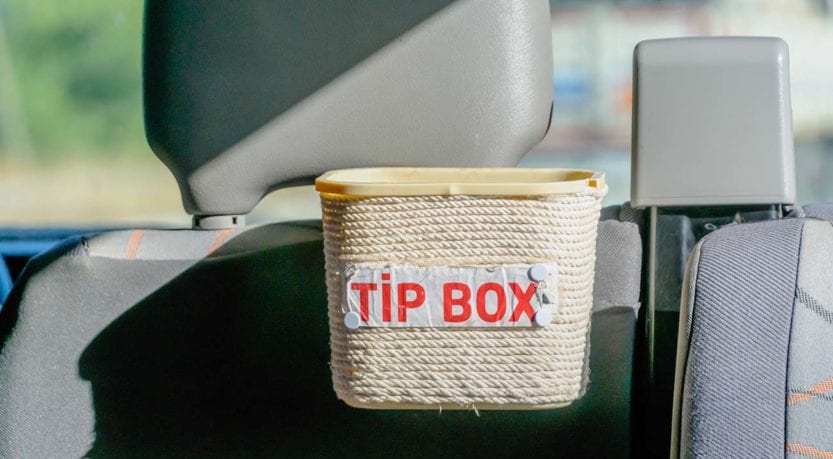 There are two main reasons why Lyft drivers probably earn more per hour – tipping and commissions.

Both Uber and Lyft take a commission and a booking fee from each ride. However, Uber tends to keep more of each individual fare paid by the rider than Lyft. A little over a year ago, Uber started upfront pricing, which told a customer what they were going to pay before they requested the Uber. Prior to the introduction of upfront pricing, Uber would take 20% or 25% of a rider fare plus the booking fee. After the introduction of Upfront Pricing, Uber now takes anywhere from 5% to over 50% of the fare a rider pays. Lyft has also adopted a similar upfront pricing strategy, but still takes a smaller cut of the fare a rider pays.

The second reason Lyft drivers tend to earn more is tipping. Lyft riders have been able to tip their drivers in the app since Lyft started. Uber has handled tipping a little differently. Until recently, the Uber app did not have any option to tip drivers. Even worse, when Uber first started, they lied to riders and told them tip was included. Then they got sued for telling passengers tip was included when it wasn’t. After that, Uber simply began telling riders that there was no need to tip. Amazingly, and to the chagrin of drivers, this gave most Uber riders the impression that tip was included (it never was), or that they didn’t have to tip.

Finally, in the middle of 2017, a full six years after the launch of their app, Uber introduced in-app tipping.

Unfortunately, it seems the introduction of tipping to the Uber app has come too late. Lyft passengers still tip at a significantly higher rate than Uber passengers. However, even on Lyft, less than half of riders tip.

What Can I Make Driving For Lyft?

It really depends on your experience level, where you’re driving, when you’re driving, and your vehicle type. For your first week, $15 per hour is a good starting point in most larger markets, especially if you’re driving during busy hours. However, certain markets may be more in the $12 per hour range. And in some of the larger markets, $18 per hour, or more, is possible. Here’s a few examples of what some people have earned driving for Lyft.

Also, if you’re plan on driving Lyft XL (suv’s and minivan) or Lyft Lux/Premiere (higher end vehicles), your earnings should be higher.

As you can see from the chart below, experience matters a lot when it comes to rideshare. Drivers with 1000 rides under their belt earn more than drivers with less than 100 rides. The reason is that with experience comes efficiency. The more rides you do, the better you will know your way around. 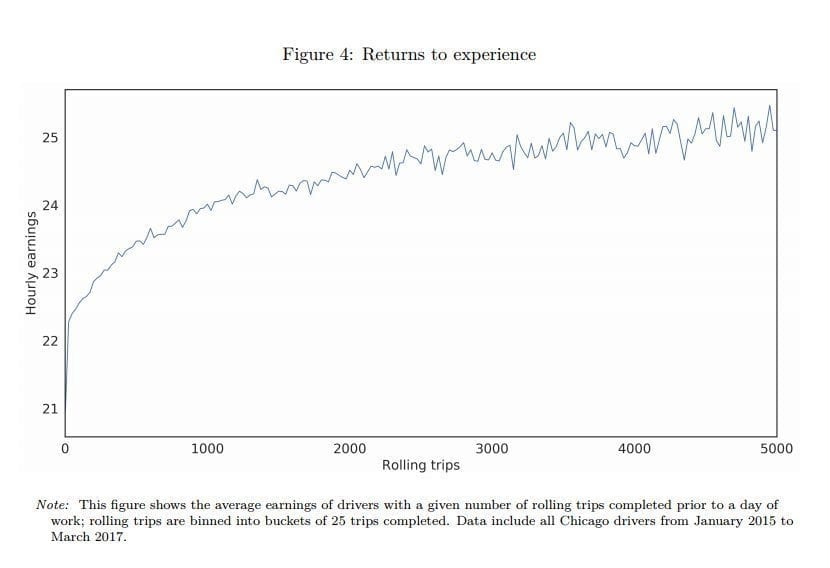 If you’re looking to make extra money, and your area meets the recommended criteria (near a larger metro area), signing up to Drive With Lyft is an option you should consider. To see your Lyft sign up bonus and start your application, simply click one of the buttons below.

If you do sign up, expect your earnings per hour to begin at the amounts mentioned above ($14 – $18 per hour depending on market). However, whatever your earnings are when you start driving, expect them to increase after you’ve given 100 rides or so. 100 rides seems to be the tipping point at which most people start to get the hang of driving rideshare.

Previous Post: Some Features Of The Uber Rider App Explained