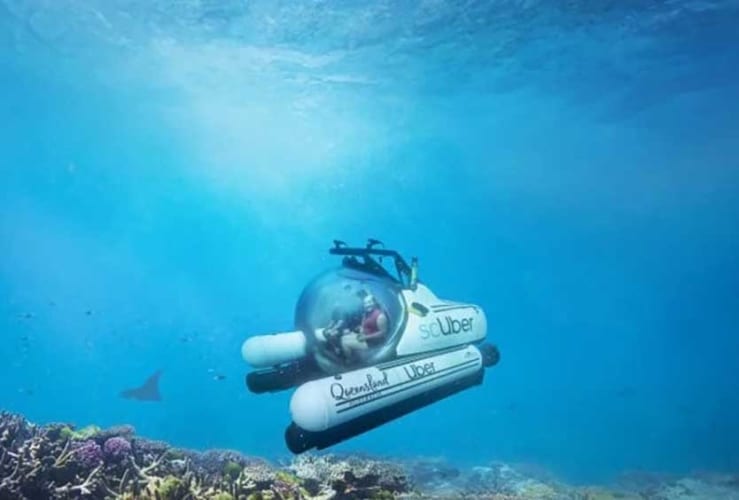 This week, an IT expert discovers code for a new Uber Eats service within the app, GM’s carshare service Maven is pulling out of several cities, and Voom now offers insurance for eScooter and mobility trip rentals.

Reverse-engineering expert Jane Manchun Wong stumbled upon new code in the Uber app that suggests a new service is coming to Uber Eats.

Uber Eats Pass would charge customers $9.99 per month for unlimited food delivery. The service is similar to Postmates Unlimited and DoorDash DashPass. As Uber struggles to gain ground in the food delivery service space, this new service would provide a much-needed boost to the company, which has yet to figure out how to turn a profit.

TechCrunch suggested this new service lays the groundwork for a future “Uber Prime” service that combines ridesharing with food delivery. As competition continues to grow for Uber in both the rideshare and food delivery sectors, a hybrid service with a competitive monthly fee would be just the type of innovation it needs to remain ahead of the competition.

In other Uber news, the company is using a rideshare submarine service to raise money for conservation efforts from May 27 to June 18.

The service is called scUber and will provide Australian Uber customers with a guided tour of the Great Barrier Reef. Uber is partnering with Tourism and Events Queensland to provide customers with a one-of-a-kind tour and donate money to charities actively involved in conservation.

Uber states it will donate over $68,000 dollars to Citizens of the Great Barrier Reef. It’s unclear how much individual trips will cost and how many customers will be able to participate in the program.

As Uber struggles with protests from drivers and a much lower valuation than originally predicted, reputation-boosting programs like this one will likely become the norm. Stocks for Uber closed at $41.25 per share on May 22.

As the mobility sector begins to grow, the number of accidents involving eScooters, ebikes and other alternative modes of transportation is also on the rise. Paris banned the use of eScooters on city sidewalks a couple of months ago and is threatening to ban the vehicles altogether.

The number of accident-related injuries is so bad the CDC is investigating the issue.

That’s where Voom comes in. To help combat the rising costs associated with eScooter injuries and property damage, Voom provides coverage for rider and third-party injuries, as well as property damage.

Coverage is available on a per-trip basis for any mobility trip, including eScooters, bikes, drones, small planes, and more.

The company launched on Wednesday and has scored $5 million in funding from Verizon Ventures, Arbor Ventures, F2 Capital, Kaedan Capital, and Plug and Play Ventures.

As many cities around the world tighten regulations on mobility rides, they may begin to require riders to carry these temporary insurance policies in the future.

Only three years after its initial launch, GM’s car sharing service Maven has decided to pull out of eight cities.

It’s unclear which cities the service will stop operating in, but a Maven spokesperson stated that GM conducted a market-by-market analysis to make the decision.

Maven began in 2016 as a car-sharing service similar to Zipcar. Since then, it has expanded to allow GM owners to rent their cars to drivers similar to Turo or Getaround.

Maven Gig, a service that provides rentals to rideshare and on demand delivery drivers, will not be affected by these decisions.

After beta-testing bike rental on the Lyft app for 20 percent of its customers, Lyft now allows all customers to rent Citi Bikes through the Lyft app.

Citi Bikes is the largest bike share program in the United States, with over 12,000 bikes and 150,000 riders. Lyft has committed to invest $100 million in the service over the next five years to add 12 valet stations and bring the number of bikes available to 90,000.

In addition to renting Citi Bikes in New York City, Lyft customers can also use the Lyft app to get bikes in Washington, DC; Santa Monica, CA; and Los Angeles.

With tougher regulations on scooter rides and the rise in scooter-related injuries, bikes may be poised for a comeback sooner than later.