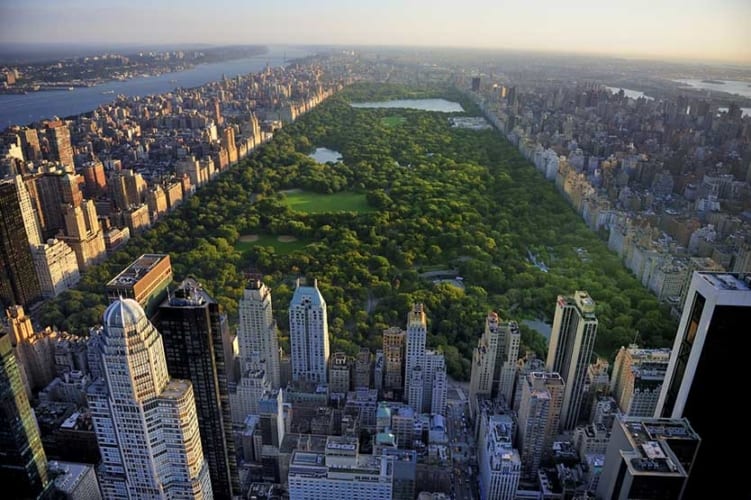 New York City was Uber’s first expansion outside of San Francisco, landing in the city in 2011. Lyft came on board just a few years later in 2014. Today, the market for Uber and Lyft drivers has exploded, with roughly 80,000 ridesharing vehicles in New York City.

There’s never been a better time to pick up a side gig driving Uber or Lyft in NYC. Whether you’re new to the business or you’re already an old rideshare pro, you can use this guide below to get the most out of driving Lyft or Uber in New York City. From what you need to get started to the busiest times, best locations, and helpful driving shortcuts, the tips below will help you make more money while spending less time in gridlock.

Note: Lyft (and Uber) have stopped accepting new drivers in New York City due to the recent rideshare law changes. However, you can still sign up to drive for Via in New York City.

With Doordash, you can also deliver by motorcycle, scooter, and in many markets, even bikes!

What Are the New Uber and Lyft Guidelines for New York City?

As the city places its one-year limit on rideshare licenses, it becomes even more important for current Uber and Lyft drivers to understand the busiest areas of New York City and how to navigate the city streets quickly and safely.

If you’re driving Uber or Lyft in New York City, the busiest areas overall are:

Uber and Lyft both operate in the five boroughs of New York—Manhattan, Brooklyn, Queens, the Bronx, and Staten Island—but Manhattan and Brooklyn see the most traffic. The Bronx is sure to have ride-hailing passengers at Fordham University (during school semesters) and Yankee Stadium.

The best areas and times in the city’s busiest borough (Manhattan) to maximize your Uber and Lyft income are:

The most popular locations in Brooklyn for Uber and Lyft drivers are the same during the morning and evening traffic rushes.

Uber and Lyft drivers in Queens should spend time in Jackson Heights, Long Island City, and Flushing. Staten Island drivers will find their next passenger at Wagner College or Forest Avenue in West New Brighton—super popular on the weekends thanks to the unique bars and restaurants that line the streets.

One of the busiest Uber and Lyft areas for New York City is by the Staten Island Ferry. Each day, hundreds of people commute to and from Manhattan via the ferry and need a ride once they arrive. The ferry runs every 15-30 minutes and takes about 25 minutes to go across the water.

You can expect the busiest times for people to get off the ferry at St. George Terminal between 5:25 p.m. and 7:15 p.m.

Riders will need transportation to St. George Terminal each weekday morning from 6:30 a.m.–8:30 a.m. Here is a complete schedule for the Staten Island Ferry.

Wondering whether you should drive Uber or Lyft? The good news is you can work on both rideshare apps simultaneously. According to a report by the New School Center for New York City Affairs and the Center on Wage and Employment Dynamics, the median net hourly earnings (after expenses) for Uber drivers are $14.17, and the median net hourly earnings (after expenses) for Lyft drivers are $13.85. How much you make on Lyft or Uber in New York City will depend on how much you drive, where you pick up trips, and how efficient you are with your time. Earnings for drivers on Lyft Lux/XL and Uber Select/XL are generally higher.

You may also want to check out our guide on Via, another rideshare company that operates in New York City. Like Uber, they offer earnings guarantees. 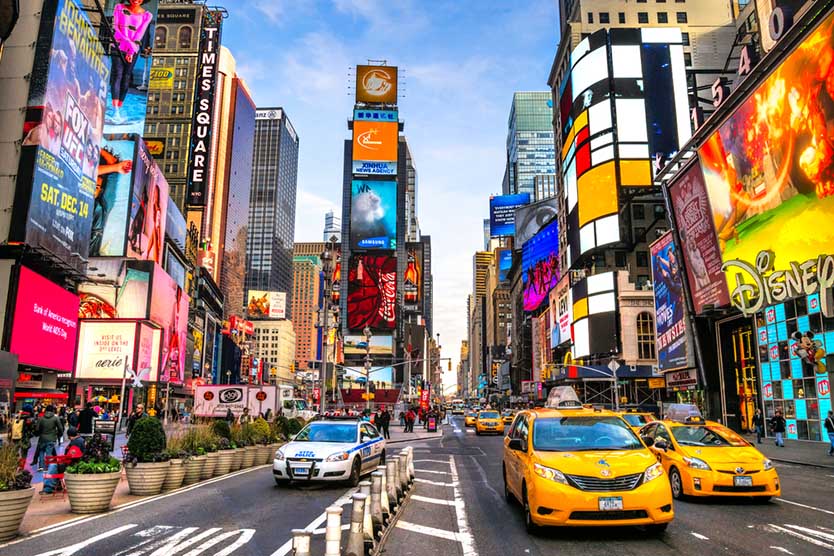 Digital Tools to Help Uber and Lyft Drivers in NYC

Construction and road closures in New York City are ever-changing. Partner road work with regular Manhattan traffic, and you have a recipe for long wait times and extended routes. A few helpful tools to avoid (heavier than normal) congestion in NYC include:

Gridlock Sam’s Twitter feed: This former NYC traffic commissioner and columnist at the New York Daily News began his professional career as a New York City taxi driver, so his alerts about road closures, parking changes, and detours are legit.

Waze: Designed to help you avoid traffic hazards, the Waze app is a navigational aid that’s easy to read and alerts you to traffic accidents, police activity, and blocked roadways. The information is hyper-local and delivered in real time.

Google Maps: While Waze helps to warn you of potential delays, Google Maps is the go-to for routes and backup routes. You can also use the app to see how busy a particular area is (helping you find potential riders).

Traffic in NYC can be overwhelming, to say the least. Though you should generally take the navigation route provided on the app, sometimes it makes more sense to opt for an alternate route that will get the passenger there faster. Use these shortcuts for New York City Uber and Lyft drivers to help you avoid traffic clusters that can slow you down and hinder your ability to make more cash:

If you are far enough north, you can take 110th Street as a quick route to and from the East side.

If you’ve hit traffic on your way to the JFK Airport, you can take a back route through Brooklyn to save time: Bushwick to Pennsylvania to Atlantic to Conduit Avenue.

When you have a passenger that is going downtown and you’re halfway between the FDR and West Side Highway, take FDR, as it tends to be a slightly longer route with a typically faster drive time.

When you are traveling uptown from 14th Street or above, use 1st Avenue.

If your goal is to stick around the uptown area during the day, avoid 8th Avenue and instead take 10th Avenue uptown for 40 to 50 blocks.

If you’re heading to the Upper East Side from the West after 9 p.m., try taking 56th Street, as traffic tends to be lighter here.

Steps to Drive for Uber or Lyft In NYC

Unlike other municipalities, New York City requires Uber and Lyft (and all other ride-hailing drivers) to acquire a TLC license. Here are the steps to obtain your TLC license:

Applicants can complete some of the courses free of charge at Uber’s Greenlight Hub in Long Island City. Lyft also has an office at the same location. Uber also offers assistance by appointment at their offices in Long Island City, the Bronx, or Brooklyn.

Despite the city’s limitations, Uber and Lyft are very busy giving rides to visitors and residents of New York City’s five boroughs. Lyft is currently offering a sign up bonus for new drivers, while Uber offers sign up earnings guarantees.

Driving for Uber or Lyft is a great way to make extra cash. It’s also a unique way to explore the hidden areas of your city and learn new things about the place you call home. If you’re debating which rideshare company you should drive for, check out our comparison article, but keep in mind, you can drive for both.

Previous Post: A Beginner’s Guide to Freelancing with Upwork

Next Post: Tips For Driving Lyft Or Uber On Halloween

How To Drive Lyft Or Uber In Seattle