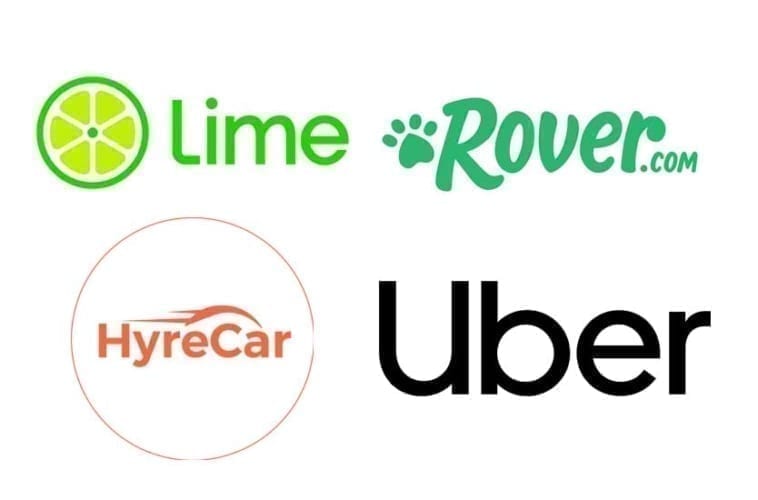 It’s been another big week for the gig economy. From canine-themed acquisitions to rideshare subscription services, here’s what’s happening in on-demand industries this week.

The battle of the canines is in full swing. On Wednesday, Rover announced their purchase of DogBuddy, a U.K.-based dog-sitting service available in multiple markets throughout Europe.

It’s the first big purchase the dog-sitting company has made since their latest round of funding, which accumulated a $155 million investment total. The move also comes after Rover announced their expansion to the U.K. By purchasing DogBuddy, the company now has instant access to an already-successful European market.

Formally associated with Highfive, Twitter, and Yahoo!, Cilia Poon takes the role as chief financial officer. For general counsel, Wag! has brought in Craig Gatarz, who previously served as executive vice president at The Honest Company.

In combination with their latest $300 million investment round, these leadership moves are likely a signal of upcoming changes, possibly a service expansion, acquisition, or an IPO target date announcement.

Lime announced early this week that it’s bringing David Richter on board as the company’s first chief business officer. Previously, Richter spent time at Uber as the global head of business and corporate development.

This strategic move comes as the scooter company moves toward broadening their offerings with car-sharing and retail store locations. Along with building an impressive corporate team, Lime is on the hunt for investors to reach a $3 billion funding goal for their upcoming endeavors.

On Tuesday, the company reported they had pulled an undisclosed number of scooters off the streets because of a potential battery-related fire hazard. All of the models were linked to manufacturer Segway Ninebot and only affected three markets — Lake Tahoe, Los Angeles, and San Diego. This statement came just minutes before the scooter company announced their Election Day initiative. Joining rideshare companies Uber and Lyft, Lime is offering free e-scooter, bikes, and e-bike rides on November 6th.

While the news of battery issues are concerning, it’s not likely to cause substantial impact to the Lime brand. The company’s most recent round of funding totaled $335 million, was led by Google Ventures, and valued the company at $1.1 billion.

That’s somewhat smaller than their main competitor Bird, which is valued at $2 billion. However, Lime’s last funding round included an investment and partnership with Uber, which saw Uber branding added to Lime scooters. Uber customers will also be able to rent a Lime scooter from the Uber app, at some point.

Tuesday also brought the news of Uber’s latest incarnation of Ride Pass. The monthly subscription service offers riders access to flat-rate rides throughout the service area. Ranging from $14.99 to $24.99 per month, Ride Pass is currently only available in Austin, Denver, Los Angeles, Miami, and Orlando. However, it’s likely to expand rapidly over the next year, as they’ve been testing the service in various other markets for some time.

While the company has offered multiple versions of Ride Pass in the past, this variation of Ride Pass is a direct response to Lyft’s All-Access Plan. These launches serve not only to boost customer satisfaction and grow loyalty, but they’re also a strategic play to increase their valuations ahead of their 2019 IPOs. Both companies are making new announcements on nearly a weekly basis. Expect to see more product offering announcements, and new app features, before each of their market debuts. Lyft is aiming for a Q1 IPO, while Uber is shooting for Q3.

HyreCar has had a tough year. The car-sharing company entered the public market in June, but it’s faced an uphill battle after a continuous drop in share prices. The move to bring Park onboard is one of a series of strategic moves to gain back the momentum lost in the last six months. The company also announced a partnership with Shift Technology last week. Such choices mean that HyreCar isn’t going down without a fight. In fact, we shouldn’t be surprised to witness more drastic evolutions and new partnership announcements over the coming months.

It’s been a whirlwind of a week in the on-demand sectors, but now you’re all caught up. Be sure to check back next week to catch the latest happenings affecting the gig economy.

Next Post: Deliv vs. Amazon Flex: Which Side Hustle Is Single-Parent Friendly?