Here’s a quick roundup of the news from the rideshare world this week.

Uber and Visa launched a credit card that amoung other perks, gives 2% off online purchases including Uber rides. If you’re a driver who gets the card, you won’t get anymore pool requests. Just kidding. Come on, of course there’s no special benefits for drivers.

Uber also hired the former #3 guy at the Dept. of Justice to be their chief legal officer. That guy’s probably going to have a lot on his plate because…

In the Waymo v. Uber trial, Judge Alsup is considering adding two software trade secret claims to Waymo’s hardware claims against Uber. If he adds them, it will likely mean a second trial. Looks like we may get a sequel to the Uber may have stolen Google’s stuff trial. In any case, expect this to continue to be an ongoing headache for Uber. Google wanted at least $1 billion in damages to settle, so a settlement is unlikely. Oh, also, Uber’s law firm, Morrison Foster, may have misled the judge and withheld evidence. On a side note, Morrison Foster is known in legal circles as MoFo, possibly because the firm is run by douchebags. Seriously, their website is mofo.com. 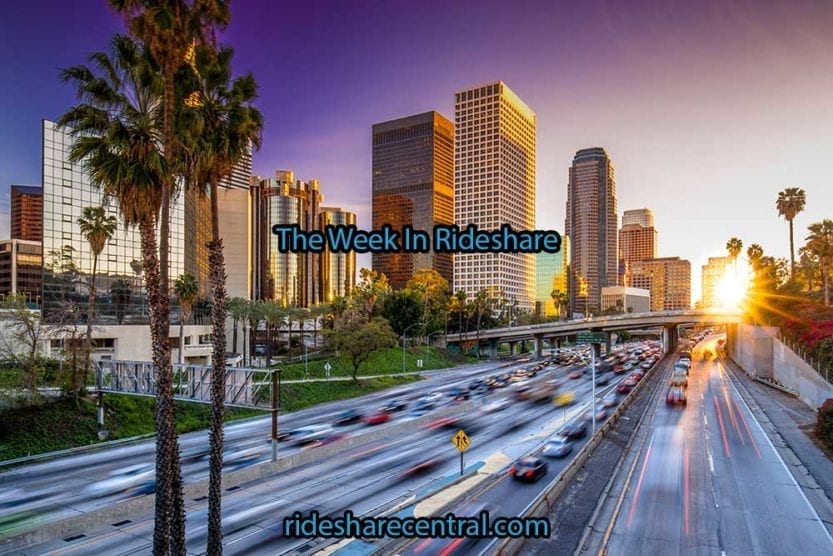 Some Uber investor thinks the company may be worth $95 billion. He’s probably wrong since the last investment round pegged the value at around $50 billion, down from $70 billion, but who knows?

Lyft’s market share edged up 3% in Q3, while Uber’s declined 1%. Although this is a trend that’s likely to continue, Lyft still has a long way to go to pull even with Uber. Also, in a development that surprises no one, taxi use declined further.

Lyft launched in South Dakota this week, after launching in Shreveport a couple of weeks back. Uber, on the other hand, launched in Traverse City, joining Lyft, who launched there last month.

But the biggest news of the week (ok, end of last week) has to be Alphabet’s decision to lead a $1 billion investment round in Lyft. The investment arm of Google’s parent company will get a seat on the board. So, not only is Google suing Uber, but they continue to forge closer ties with Uber’s main competitor.

Next Post: How To Make Money Driving Uber or Lyft Part-Time

How to become a Lyft driver.

Uber is covering up its misogyny and diversity problems. It’s time for CEO Travis Kalanick to step aside.