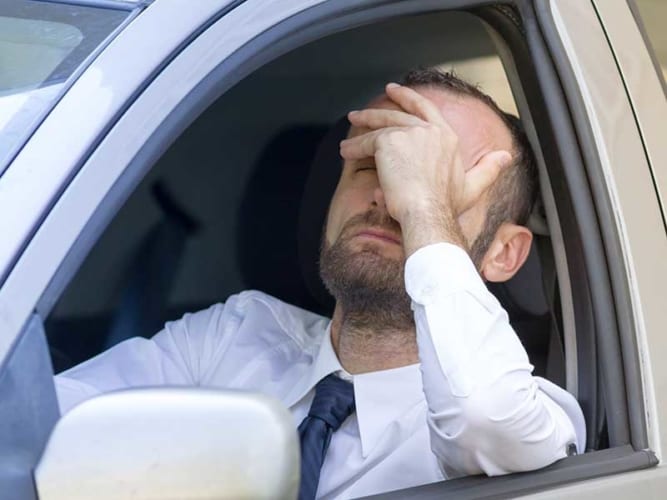 Earlier this summer, Uber, in an attempt to repair its reputation with drivers, instituted a number of changes under the moniker “180 Day of Change.” One of these changes was to finally, after several years, add a tipping option to the app. Another change was to allow drivers to use the destination setting six times a day, up from two. The destination setting allows the driver to set a destination and then only receive ride requests towards that destination. Both of these were great changes.

Well, it seems Uber is now starting to roll back at least one of those changes. This week, Uber informed Chicago drivers that they were cutting the number of destinations back to two. 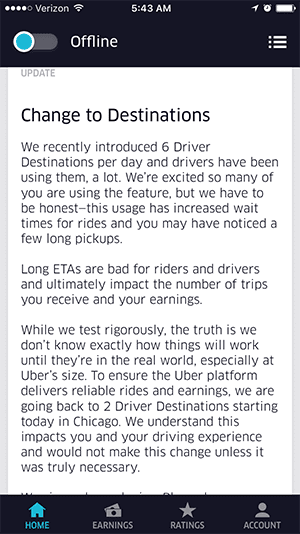 It just seems Uber cannot help shooting itself in the foot. I’m guessing they’re rolling it back in other cities as well. If you’re an Uber driver, and you’ve received a similar notice, let us know on our Facebook page.

Next Post: Softbank thinks Uber is overvalued by $20 Billion