Uber’s CEO, Dara Khosrowshahi, recently said he wanted “particularly good” drivers to be rated “at a different level.”  Khosrowshahi noted that while Uber passengers can choose a different service level when it comes to the car, they can’t when it comes to the driver.  Over the years, I’ve heard complaints from highly rated drivers (4.9 or above) about why they aren’t paid a little more, or don’t receive some benefit from having a high rating.  Uber’s coming changes will likely seek to address this issue.

However, Khosrowshahi said Uber is “very early” in the process, so don’t expect these changes in the next few months.  Based on how Uber has rolled out changes in the past, testing is unlikely to even begin until the 3rd or 4th quarter of 2018. 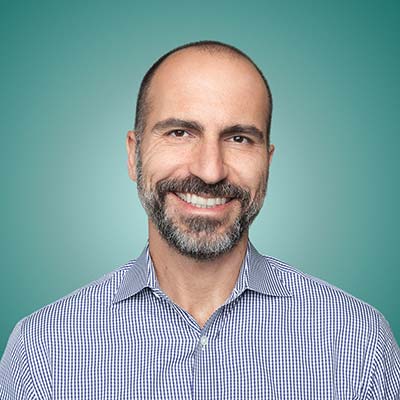 How Will Uber Change The Driver Rating System?

Currently, an Uber passenger has a handful of vehicle options to choose from in most markets.  A rider can take an UberX vehicle, or if they need more space, they can go for an UberXL.  If it’s a special night out, they can opt for UberSelect or in some markets, UberBlack.  As Khosrowshahi noted though, passengers can only choose the type of vehicle they want to ride in.  They cannot select a higher rated driver.  Well, they can, but the only way to do it now is to keep canceling until you’re matched with a driver who has a high rating.  This actually happens quite often, and according to Uber, the result is longer overall wait times.

In order to change that, Uber will likely add a feature that lets passengers only be matched with drivers who have above a specified rating.  Uber will likely charge passengers who select this feature slightly more. Otherwise, every Uber rider would select the higher rated driver option.  So, instead of just having different vehicle types to choose from, passengers will be able to select a driver with a 4.8, or 4.9 rating, if they’re willing to pay an extra 5-10% or so.

But, that’s not the only change Uber is likely to implement.  Uber may also allow passengers to choose a driver based not only on ratings, but on experience or amenities offered.  For example, Uber could allow a passenger to select a driver who has completed more than 1,000, or 3,000 rides.  Or, a passenger can request a driver who offers phone chargers, or a wifi hotspot in the vehicle.

Uber May Pull A Page From Uzurv’s Playbook.

The proposed Uber changes will likely borrow from Uzurv, an on-demand reservation system for Uber and Lyft drivers.  Uzurv began as an app that let passengers schedule rides in advance on Uber or Lyft.  However, last year, both Uber and Lyft launched advanced scheduled rides. So, now Uzurv users are mostly using the app to find experienced drivers, or drivers who offer a specific amenity. 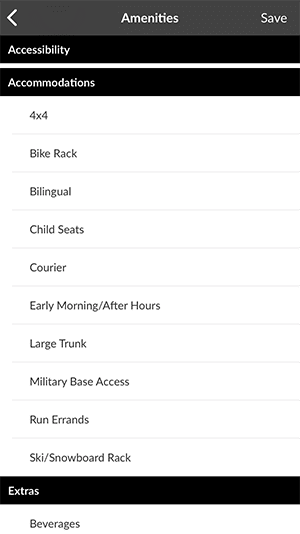 If you’re an experienced driver with a high rating, you may be able to find a few additonal rides by signing up for Uzurv.  You can download the Uzurv driver app on Google Play and in the App Store, or by clicking here.

On the other hand, if you’re a passenger, and you need a driver with a bike rack, you can probably find one on Uzurv.  Military base access is often an issue for drivers.  So, if you need a driver who can pick up from a  military base, Uzurv may be able to help.  Click here to download the Uzurv rider app.

Who Wins And Who Loses From The Anticipated Uber Driver Rating Changes?

While Uber is very early in the process, the winners if Uber makes these changes are clear – highly rated drivers and Uber.

Uber is likely to win by broadening the options by which a passenger can select a driver, and by increased revenue from highly rated drivers.  The revenue increase will come from the add on charges Uber may implement for higher ratings or amenities offered.  The big question that remains is whether Uber will pay highly rated drivers a higher per-mile rate than other drivers.  After all, Uber will be making more from these high driver rating rides.

While Uber’s past actions towards drivers indicate that Uber will screw the drivers and keep all of the revenue increase for themselves, this may not occur in this case.  The reason is that these changes could help solve Uber’s biggest problem, full time driver retention.

Uber’s full time driver retention rate after one year is significantly lower than Lyft’s retention rate.  The simple fact is that many full time Uber drivers don’t stay Uber drivers for more than a year.  This is a huge problem for Uber because the cost for Uber to recruit and onboard a new driver is over $1,000.  This cost includes advertising and marketing, along with any bonus or guarantee amounts for the new driver.  Also, while part-time drivers make up 80% of all drivers, the 20% of Uber drivers who are full time, perform 80% of all Uber rides.  Moreover, full time Uber drivers have a higher average rating than part time drivers.

What Other Changes Should Uber Make To The Rating System?

Uber drivers have been wishing for various changes to the rating system for years.

Many drivers would love to see a change to the way Uber handles complaints of driver intoxication.  There’s a fairly popular Uber passenger scam that Uber seems to have no answer for.  Basically, a passenger says a driver is drunk or high in order to get a free ride.  Uber then deactivates the driver for 48 hours while they “investigate.”  In the vast majority of cases, the driver was not intoxicated, and Uber reactivates, after the driver has lost two days of earnings.  Uber (and Lyft) need to implement a better and faster process for evaluating passenger complaints about intoxication.  The current system is not working and royally screws drivers.

If you’re a driver, what changes would you like to see to the Uber rating system?  Leave your idea in the comments!

Previous Post: 9 Things You Can Do To Raise Your Uber Or Lyft Passenger Rating

What are Uber Consecutive Trip Boosts and Lyft Ride Streaks?