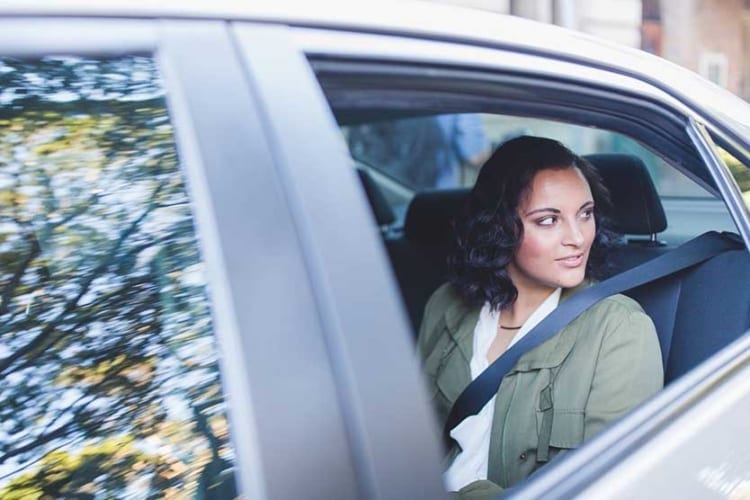 Some Uber riders have long complained about not having enough legroom during their rides or drivers who want to talk during the entire trip.

Features of Uber Comfort rides include more legroom and “Quiet Mode,” which allows riders to request a silent ride. Riders can also request specific temperature settings within the app. Drivers will set the temperature prior to picking riders up, so it’s not too hot or cold.

Uber Comfort drivers are required to have a rating of 4.85 or higher and a late-model, midsize sedan to participate.

How well will the service do? With a lower price point than Uber Black but higher than the popular Uber X service, it’s too early to tell.

After the Indian Government ordered both Ola and Uber to convert 40% of its fleet to electric vehicles (EVs) by 2026, Ola Electric has been working hard to beef up its program.

Ola Electric’s latest Series B financing round led by Softbank included a $250-million investment in the company.

With this recent investment by Softbank, as well as a $300-million investment from Hyundai and Kia into parent company Ola, Ola Electric will continue to dominate India’s ride-hailing market and make a significant impact on carbon emissions at the same time.

The program allows Waymo to operate AV services in specific areas of California with a safety driver in the car.

Four companies have received permits, including Zoox, Pony.ai, Autox, and Waymo. The companies are not allowed to be paid for rides.

The government program was passed in California last year and includes two programs: one with a safety driver and one without. So far, no permits have been issued for the driverless portion of the program.

Waymo is already a leader in AV programs after opening the first commercial autonomous car service in Phoenix, Arizona.

Though the company can’t yet charge for rides, participating in a government pilot program in Arizona was how they found their first riders for the Waymo One service. They are quickly on their way to becoming the Uber of AV programs.

India is getting serious about reducing emissions.

In addition to requiring Uber and Ola to convert 40% of their fleet to EVs by 2026, the Indian government announced a tax rebate for electric vehicle buyers.

The rebate will provide ₹1.5 lakh (about $2,000 in USD) to any driver that purchases an electric vehicle in the country.

With a population of over one billion, it’s wonderful to see India taking steps to help reduce the amount of pollution created by the country’s drivers. By encouraging drivers to take advantage of the tax rebate, they are well on their way to helping the world become a greener place.

Food Delivery Apps Will Have 38M Users by Next Year

According to the data scientists at eMarketer, food delivery services will have approximately 38 million users in the US by the end of the year. This is a 21.8% jump over 2018’s numbers.

DoorDash (27.6%) and Grubhub (26.7%) continue to dominate the market, with a relatively new player on the scene, Caviar, appearing in the bottom slot with 2.7% of market share.

With the rise of “ghost kitchens” being used for food delivery, the industry could well surpass expectations. As with ride-hailing platforms, services like these continue to help reduce carbon emissions in the United States and beyond.

Previous Post: How to Make Sure a Used Car is Worth Buying