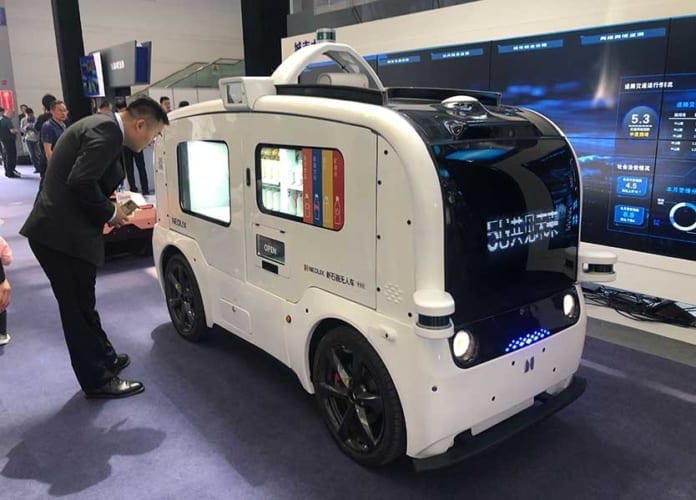 This past week, Uber is in hot water over excessive charges, China and the Middle East team up on AV and ridehailing, and BMW names a new CEO.

Just as Uber was starting to boost their reputation, a new software glitch in the app is charging customers 100 times their normal fees.

Riders in cities like Washington, DC and San Diego were charged over $1,000 for a single Uber ride. Though Uber states they’ve “fixed” the problem, angry customers insisted that they still haven’t received credits on their bill.

The problems occurred Wednesday in the United States. It’s unclear if this affected other countries as well. Uber Eats customers were charged over $1,000 for $15 dollar meals. The latest tweetstorm stated that there was no way to get in touch with Uber to find out what was going on.

Uber is not only alienating their customers by providing subpar support, the drivers who work hard to keep customers happy are being mistreated as well. There’s no way that Uber is going to survive in the long-term if the company cannot provide customer (and driver) support for technical glitches like these.

The Middle East has been lagging behind other countries because cars have to withstand heat of over 122 degrees Fahrenheit in the summer months. The agreement will help bolster China’s presence in the region.

Other Chinese companies, including Didi Chuxing, have also recently entered into partnerships in UAE to expand operations globally.

China has continued to dominate the ridehailing market and is slowly expanding into SE Asia, the Middle East, and South America. But will they be able to deliver self-driving cars that meet Middle Eastern expectations?

By partnering with large Middle Eastern investors such as Dubai billionaire Mohamed Alabbar, Neolix will be able to dominate the AV market in the Middle East.

As luxury automakers struggle to catch up with consumer demands for electric and autonomous vehicles, BMW recently announced the appointment of a new CEO.

Oliver Zipse will replace Harald Krueger as CEO on August 15. The new CEO will be leading focusing on helping BMW develop autonomous and electric vehicles.

Contrary to their own statement, BMW announced they are accelerating their electric vehicle production plans by two years. Oliver Zipse has been with the company since 1991, and he may be the person to lead the company into the future.

Didi has been actively raising money for the last two years, and this latest partnership includes investments from several Middle Eastern companies. Investors include Symphony Investment, and several others. It will include the countries of UAE and Saudi Arabia.

As China begins to build an empire in the Middle East, it will be harder for other companies to break into the region. With their innovations in EVs and self-driving technology, the partnership between China and MENA will only grow stronger.

The Volvo Car Tech Fund, which provides venture capital to companies in the mobility sector, announced it has already invested in UVeye and MDGo.

The Tel-Aviv based startups both provide medical mobility services. MDGo provides car crash data to emergency personnel so first responders can be better prepared for injuries.

UVeye has developed technology that scans the exterior of damaged cars for dents and scratches.

The amount of the investment is undisclosed, but Volvo is also planning to use UVeye tech in their manufacturing plants. This is the first time Volvo has made investments outside of the US and Europe.

As Volvo continues to invest in innovative companies like these, small startups will begin making serious money.