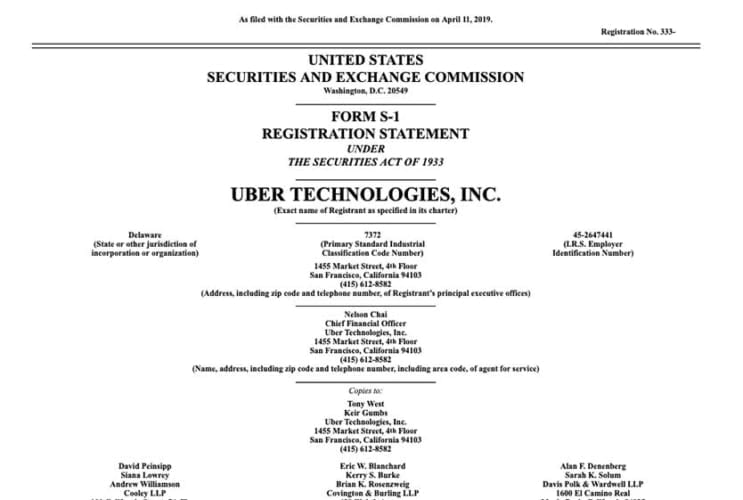 This week, Grab is seeking even more money to expand operations, competition is brimming in the autonomous car industry, and Uber released its S-1 IPO filing.

Uber Files For Likely May IPO

After the market closed Thursday, Uber released its IPO prospectus. The company will list on the New York Stock Exchange (NYSE) under the ticker Uber. While Uber lost $1.8 billion in 2018, that was a sharp decrease from the $2.7 billion the company lost in 2017. Uber could be valued in the range of $120 billion, and shares could start trading within a month.

A number of firms look to profit handsomely from the IPO. Softbank’s Vision Fund is Uber’s largest shareholder, owning over 16% of the company, followed by Benchmark Capital, which owns 11% of Uber. Alphabet, Google’s parent company, owns about 5% of Uber, and ousted CEO Travis Kalanick still owns about 8.5% of the company he founded.

As Uber prepares for its upcoming IPO, it has been aggressively expanding in order to prove itself to be profitable. But expansion comes at a cost, and Uber lost over a billion dollars last year. It will be interesting to see if investors respond to Uber more favorably than they did during Lyft’s recent IPO.

Ridehailing giant Grab is raising another $2 billion, primarily from Softbank’s Vision Fund, to fund expansion in Southeast Asia. The company just raised $4.5 billion from its recently concluded Series H round, from a group of investors including Softbank, Toyota, and Hyundai.

According to Grab CEO Anthony Tan, the additional money will be spread equally across its ridesharing, payment, and food delivery services. He states the funds will allow the company to manage the rapid growth that has it on track to be four times larger than its main competitor Go-Jek in Indonesia by the end of the year.

So far, Softbank has invested over $20 billion in ridesharing companies. They are also indirectly connected to Grab competitor Go-Jek through JD.com.

Uber received a touch of good luck this week. The company launched its JUMP scooter service in Baltimore right as its competitor Bird almost doubled its rates nationwide, including Baltimore.

“Similar to ride-hailing, Big Macs and cups of coffee, our pricing now varies by city,” Bird spokeswoman Mackenzie Long said in a statement.

JUMP scooters are free to unlock and cost 15 cents a minute. Bird scooters raised its prices from 15 to 29 cents earlier this week. 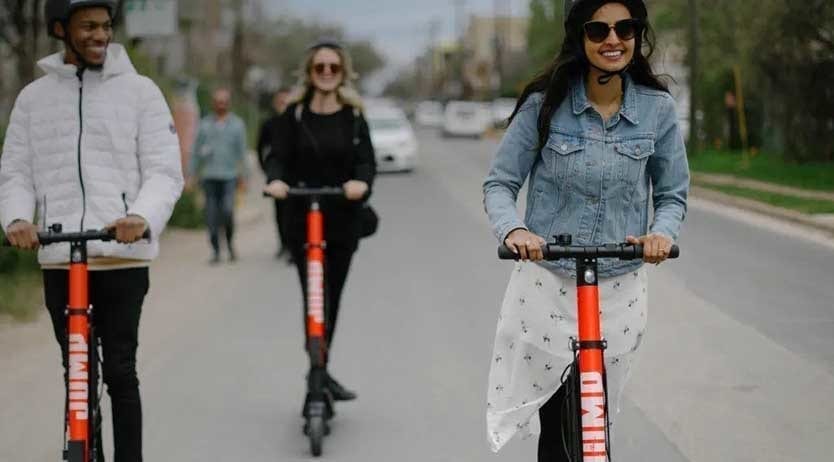 Baltimore’s pilot program for dockless scooter sharing currently allows up to six service providers and 12,000 vehicles on its city streets. It’s unclear if those numbers will change when the program ends on April 30.

Though the pilot program ends soon, it’s clear that the city is committed to allowing dockless vehicles to continue operating on city streets. Last month, the City Council approved permanent legislation for both scooters and bikes.

Uber Vouchers is a program that allows businesses to provide free or discounted rides to their customers. The program is available to organizations that already provide transportation services, such as bars, sports teams, and insurance companies.

Companies can send vouchers to their customers digitally, and customers can redeem the vouchers in the Uber app. Unlike other transportation services, organizations only pay for rides after they are redeemed plus relevant administrative fees.

Competition Is Heating Up in the Autonomous Car Industry

The explosion in AI has created a race for monetization in the autonomous car industry. Waymo is the current acknowledged leader when it comes to self-driving cars. However, it has many challengers not just in the U.S. (GM, Tesla), but across Europe and in China.

In China, Baidu, the search engine giant, and Pony.ai, an autonomous vehicle startup, are racing to catch up to the major players in Japan, Europe and the U.S.

While both of them have racked up a significant amount of miles on the road, Pony.ai seems to have a slight edge in miles driven. However, Baidu has partnered with Ford, a self-driving frontrunner. Regardless, both still lag behind Waymo, GM, and Mercedes when it comes to miles driven, as well as underlying technology.

TTTech, a European company that creates autonomous car technology, believes that data sharing is the key to winning the race to mass commercialization of autonomous cars. They believe that sharing data with everyone will change transportation as we know it. TTTech is familiar with the advances by Tesla, but believe its solution will overtake Tesla.

Whoever wins the race, it’s likely to be several years before autonomous vehicles are commonplace in most cities.

Lyft was officially approved to take over the Divvy Bikesharing program on Monday, and Uber is uber-unhappy about the deal.

Uber lobbyists spent a significant amount of money on misinformation about the upcoming contract award, including a full-page ad in the Chicago Sun-Times stating the contract should not be exclusive. This information is false, as the contract was up for bid in 2012.

In 2018, Lyft bought Motivate, the company that won the original contract in 2012. In response to Uber’s lobbying to be able to bid on the Divvy contract again, Chicago Department of Transportation Commissioner Rebekah Scheinfeld stated that they chose to continue with Lyft because the program will remain in public control.

Previous Post: How Does Wag! Work – Getting Started Guide

Next Post: Rover vs. Wag!: Pros & Cons of Working for Each Service

Lyft Files For IPO, Lime Undefines, & Uber Looking For A Bird (Or Lime)?