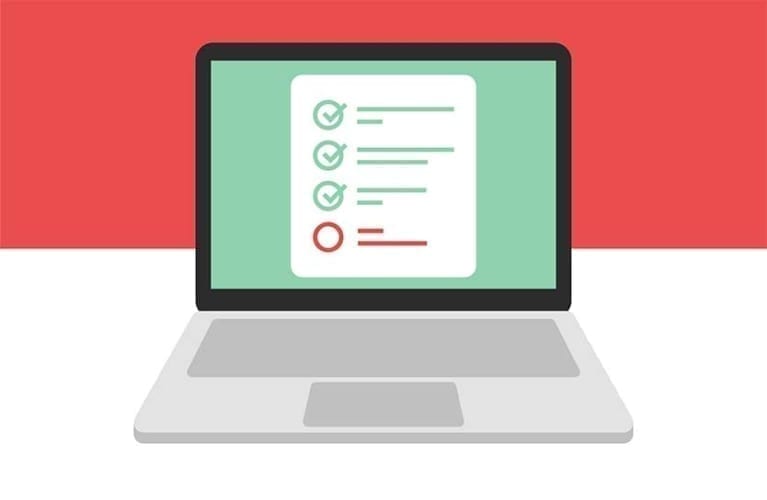 As Uber and Lyft continues to grow and become more accepted as an alternative to cabs or carpooling, an important question arises: how can Uber and Lyft screen their drivers to ensure safety in a cost-effective way? When it comes to cab drivers, the screening process is often tremendously strict, but that kind of regiment is just not an efficient way to screen freelance workers.

When it comes to rideshare vetting, there are all sorts of questions and concerns that people have, and for good reason. A recent CNN investigation found that over 100 Uber drivers were accused of sexual assault in the last four years. Here’s a look at rideshare safety and how it interacts with the vetting process, as well as a comparison with taxi safety processes.

This is one of the main points of contention in regards to safety on the Uber and Lyft platforms. Taxi services all over the country require fingerprinting for all prospective taxis drivers; this fingerprinting allows for a level-two background check through the FBI, screening an applicant’s statewide and nationwide criminal history. Under this process, if a felony is discovered through the background check, the individual is not allowed to become a taxi driver. There are also certain restrictions on non-felony criminal offenses that may or may not be applicable, usually regarding motor vehicle-based offenses. On the other hand, Uber and Lyft both use online background checks, usually through Checkr, to manage this procedure. Until last year, Uber and Lyft would only look seven years into the past with this service, and use those past seven years to deny or accept prospective drivers. More recently, in response to a plethora of incidents, both companies have been rerunning background checks on drivers. These background checks have been more intensive and can go back decades.

Proponents of the fingerprinting requirement state that it is the most useful way to accurately tell if someone has committed a felony. Only about 55 percent of court records can be accessed through online databases, and they are only visible for seven years; on the other hand, fingerprinting background checks can go all the way back to age 18, no matter how old the individual is, and covers name changes. However, those who argue that fingerprinting is not inherently safer will often reference how incomplete even federal criminal records are; in 2015, a study by the Justice Department found that more than three million unprocessed or partially processed case disposition forms existed across just 19 states. In comparison to online background checks, which generally take less than a week, a mail-based fingerprint background check can also take several weeks to complete. 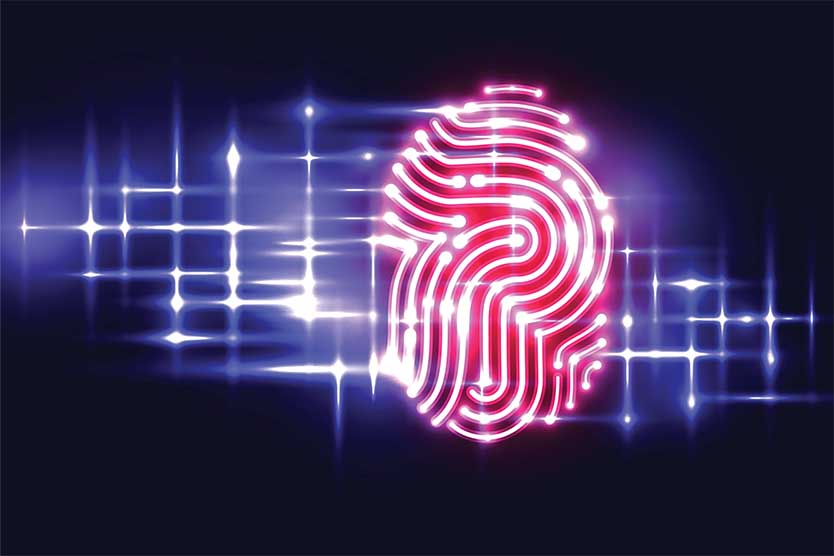 Fingerprinting isn’t necessarily a perfect option. After all, even if the records for FBI background checks were perfect, they wouldn’t be able to notice people who have never been caught or convicted. However, the truth is that a seven-year window is substantially smaller than the full-life offer an FBI fingerprinting background check provides. Because of this, some people do argue that it makes taxis a safer option than Uber or Lyft. However, the driver isn’t the only part of the vetting process that must be evaluated.

The actual car, of course, must be considered. Taxis are required to meet an exact set of requirements that are usually established by the state, whereas Lyft and Uber each create their own set of requirements for the cars they will accept. Taxi companies also lease their company-owned cars to the drivers, whereas Uber and Lyft instead allow individuals to use their personal cars, which leads to another potential issue.

Taxi companies are able to keep a fleet of similar cars that all meet safety standards as well as other important criterions, such as those imposed by the ADA. Taxi medallions are expensive, so these companies have drivers pay a fee to use their medallion-certified cars, then allow the taxi drivers to keep the fares and tips that they receive. This allows them to ensure that all taxis are safe, functioning properly, and are reasonably well maintained.

Compare that to Lyft or Uber. Currently, there are no specific vehicle requirements that rideshare cars have to meet, so the companies set their own. Lyft establishes vehicle requirements based on the state, and Uber has a list of state-specific requirements as well as a set of overall requirements. Lyft and Uber also both have several different types of cars, ranging to encompass a wide variety of events, such as an everyday ride, a more upscale experience, and a large car able to seat more passengers. Lyft even allows you to rent a car to drive with, which is a setup that is extremely similar to taxicabs, but without such stringent requirements. Overall, this is designed to give users the highest degree of customization – but also includes dangers.

In some cities, they may also require an in-person vehicle examination, in accordance with local laws. This would seem to be a no-brainer, but the issue is, it doesn’t always work that well. In some cities, drivers have reported being required to bribe dispatchers in order to receive a car, and the taxi licensing fees are still high, although nowhere near as high as they used to be. Taxi companies can often afford to pay these fees, even as the rideshare industry changes the landscape in terms of who is hailing cabs, but for individuals, the investment into a taxi medallion is life-changing, and not always in a good way. People who paid these medallion fees ten or twenty years ago are finding themselves unable to pay off the loans they took, essentially putting themselves out of a job.

Driver and passenger ratings are extremely important for ridesharing apps, and they are used as a form of safety policing in Uber and Lyft. Because ridesharing exists in an app that has a one-to-five-star system built into it, drivers and passengers are able to rate each other as soon as they complete the ride, and in many cases, they can leave a comment if they feel it’s necessary. This helps the companies to not only keep an easy eye on drivers who consistently receive low ratings, but also to ensure that passengers are not a danger to the driver either. Unfortunately, the system is not unflawed.

To create an overall driver rating, Lyft uses the last 100 ratings, while Uber uses up to the last 500. Both use average driver ratings in your area as a baseline, and consider drivers to be doing poorly when their rating drops below what’s typical for others around them. Neither company will pair a driver and passenger together again if they rate each other three stars or lower. In addition, if one party does give the other a low rating, they are able to comment on why they did so, sometimes reporting a serious problem that the company needs to address — whether they felt unsafe, the other party did something suspicious, or they feel as though the quality or safety standards are not being met. This allows the company to do something about the problem instantly. This is done for every single ride, giving the rideshare apps the ability to determine if their drivers are being kind, courteous, and safe on every pick-up.

Taxis, on the other hand, do not generally have this system. There are some taxi companies that operate within apps, but they do so in an entirely different manner from rideshare apps, and there may not be the same rating or follow-up system that Lyft and Uber uses. If taxi passengers want to complain about a driver, or vice versa, there are extra steps that they have to take in order to do so. Some people don’t have the time to go online or call through an automated system, and many times, the problem is forgotten by the point where an individual does have the time. In addition, complaining about a taxi driver requires that you note the driver’s medallion number or license plate; Uber and Lyft, on the other hand, automatically link your ride rating to your driver, and maintain a history in the app.

Where Uber & Lyft Go From Here

Many people have criticized Uber and Lyft for their negligent safety screening procedures, and not without basis. There have been assaults in both Uber and Lyft cars, and these assaults have made headlines, where people have argued whether Uber and Lyft are more dangerous than taxis – or if the assaults that happened are just overhyped. Less talked about are the numerous stories of assaults and harassment by passengers against Uber or Lyft drivers. In both case, these “lesser” safety procedures are part of what allow ridesharing services to charge low prices, but they can also leave riders and drivers more vulnerable than their taxi counterparts. 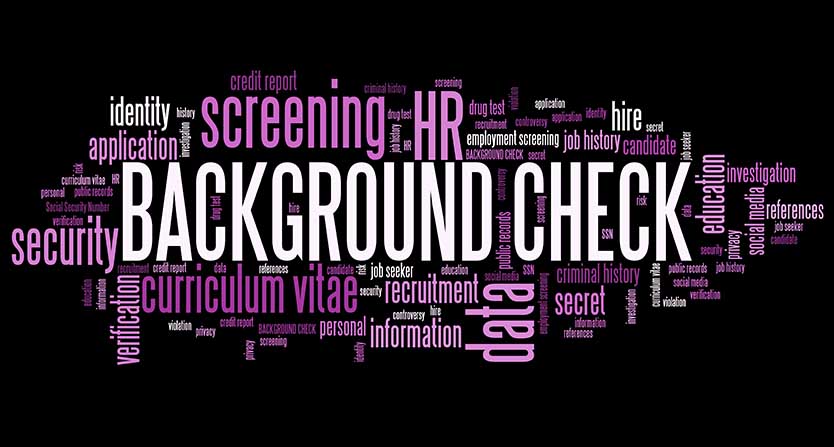 So, where is the middle ground between extremely strict safety and accessible pricing? This is a constant battle, and one that will likely not be decided on anytime soon. Certainly, there are things that both Uber and Lyft can do to make their riders and drivers safer, but their riders will have to decide if they’re willing to pay the price. Is the risk worth the benefit? Is the cost worth the potential increase in safety? These are questions that Uber and Lyft will have to figure out this year.

What do you think Uber and Lyft can do to make their platforms safe for riders and drivers? Let us know below.

Previous Post: Can I Refuse An Uber Or Lyft Passenger With A Service Animal?

Next Post: How to Reap the Rewards of Uber & Lyft Driving

How much do cities make from Uber and Lyft airport runs?

4 Smart Alternatives to Drinking and Driving

How To Stay Safe While Driving for Lyft or Uber