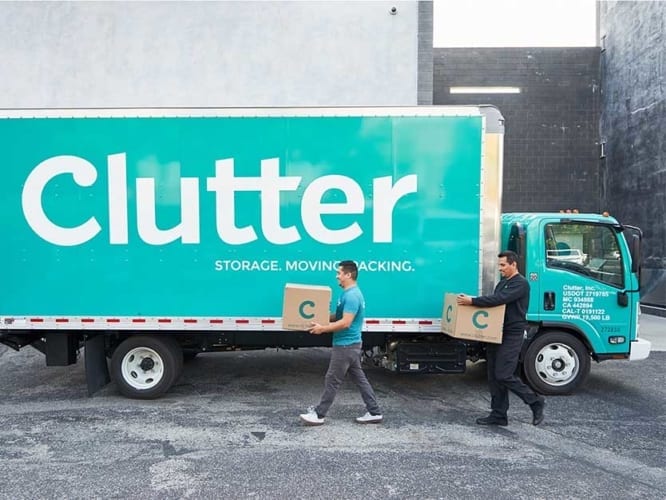 The gig economy never sleeps, but fortunately, we’ve kept track of all the top headlines so that you don’t have to. From IPOs to storage wars, here’s what you missed this week.

Late last week, news hit that DoorDash has raised another $400 million. The Series F funding round consisted of eight investors, which was led by Temasek Holdings and Dragoneer Investment Group. Now, the company has reached total funding of $1.4 billion, bringing its valuation to $7.1 billion.

The latest investment round appears to be a direct response to Postmates IPO filing last month. While DoorDash didn’t quite reach their reported $500 million goal, the resulting valuation boost still puts the company on firm ground. They’ll need the massive war chest they’ve amassed as it seems the company is forgoing going public anytime in the near future.

There’s an on demand service for just about every industry now, so it shouldn’t be surprising that storage services are joining that list. Clutter is an on demand storage, packing, and moving service that hopes to make both long- and short-term storage, along with moving, more affordable. Last Wednesday the startup announced it raised $200 million in its Series D round.

Led by SoftBank’s Vision Fund, the funding included six investors and brought the company’s total funding amount to just over $296 million. The platform is currently only available in a handful of cities, including New York and Chicago, but the latest funding will power their goals for expansion.

Since New Year’s Day, the ridesharing industry has been waiting in anticipation for Lyft and Uber’s market launch. Finally, Lyft has made a move. Reportedly, the company is planning to start its pre-market roadshow on March 18 and officially enter the market at the beginning of April.

Lyft has yet to verify the details, but the rideshare business has chosen to list on the Nasdaq. Currently, the company is expecting an IPO value of anywhere from $20 billion to $25 billion. In comparison, Uber expects a $120 billion valuation. However, the latter hasn’t yet released any new dates or information regarding their IPO.

In preparation for the market entrance, Lyft is also attempting to entice riders from other platforms and build customer loyalty. Last Thursday, the company launched a brand new discount ride feature called Shared Saver. The service offers reduced rates for a carpool-style ride in which passengers meet at designated pickup locations nearby, which is designed to compete with Uber’s Express Pool offering.

Uber and Lyft Planning to Reward Drivers With IPO Access

While we’re on the topic of IPOs, Lyft and Uber’s battle to the public market may not just line the pockets of traditional employees. On Thursday, news broke that both companies are planning to help some of their drivers to buy shares at the initial market cost. This is a significant move considering Lyft and Uber drivers are classified as freelance contractors and not full-time employees.

The two rideshare companies are reportedly taking similar approaches to the process with a few notable differences. Both business’ are planning to give cash bonuses to selected drivers, which can be used for purchasing stocks. For Uber, eligibility requirements aren’t set in stone yet with approved drivers offering either a high trip number or a significant time working with the company. Lyft, on the other hand, is planning to reward drivers based on overall ride totals beginning with $1,000 for 10,000 trips and $10,000 for 20,000 rides.

Uber hasn’t had the most successful 2019. After reporting Q4 losses and filing a lawsuit against New York City, the rideshare company is in need of some good news, and now, they’ve got it. First up, the United Cabbies Group in London lost their latest lawsuit claiming that the Uber’s permit approval was issued by a magistrate with financial ties to the company. However, since the case was dismissed, Uber gets to keep their 15-month operational permit in the city.

In other e-bike news, Lime is welcoming a new c-suite member. Ted Tobiason will take the role as the company’s first chief financial officer. Previously, Tobiason served as a managing director at Morgan Stanley. He is joined by fellow new team members CTO Li Fan and CMO Duke Stump — both of which were hired a few weeks ago.

The move culminates a successful month for Lime. Along with c-suite expansions, the company announced a $310 million Series D round, which brought their valuation to $2.4 billion. The company did hit a roadblock in San Francisco, but there’s a high probability they’ll gain access to the city’s e-scooter pilot program in the spring. As of now, it appears the company is making big moves in preparation for IPO.

That covers it for this week’s on demand news wrapup. Don’t forget to check back next week to ensure you’re always up-to-date on the latest gig economy headlines.

Drive With Lyft in Gary Indiana.