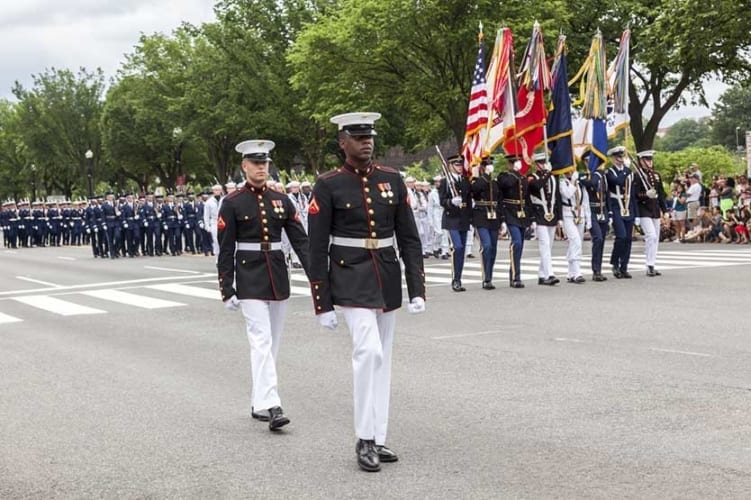 Memorial Day weekend means different things to different people. For some, it’s a day of commemoration and remembrance. For others, it’s a festive three day weekend, and the unofficial start to summer.

One thing is certain though. Memorial Day weekend is chock full of activities that get people out of the house. Whether it’s to a concert or festival, a parade or ceremony, or a sale, people tend to go out more than usual.

So, what’s it like to drive Uber or Lyft over Memorial Day weekend? It’s generally a bit busier than your normal weekend, but with an extra day of weekend level earning on Memorial Day Monday. Even so, it’s usually not quite as busy as driving over July 4th.

What To Expect Driving For Uber Or Lyft Around Memorial Day

The Thursday before memorial day should be steady, if not busy. A lot of people go out of town for the weekend, so expect a higher than average number of airport runs starting Thursday afternoon. Both the Friday and Monday should be particularly lucrative for Lyft and Uber XL drivers. Thursday evening should be a bit busier than normal as there’s always a few people who take the Friday before the holiday off, or just start the holiday weekend a little early.

During the day on Friday, Uber and Lyft traffic should be steady, with a higher number of airport trips. Friday evening should be like most busy Friday evenings when driving Lyft or Uber, but more so. More people tend to go out when they know they have the next Monday off.

If you drive during the day on Saturday, Sunday, or Monday, expect to do a lot of rides to and from stores, as people head to the sales. You’ll also have people going to friends houses for barbecues and parties, and people going to attend parades.

Check the actual dates and locations of the parades in your area. The various parades and ceremonies may happen on the Saturday, Sunday, or Monday. Knowing when and where the activities are happening in your area will help you avoid getting caught in parade traffic. Knowing the times can help you position yourself to pick up riders going to and from the parades. Also, check the parade routes so you know where you’ll be able to actually drive. Knowing the routes also lets you know if you will be able to pick a passenger. During parades, it’s not always possible to get to every pick up request.

The weekend is also big for concerts and festivals, so check to see when and where the big concerts are happening in your city.

What To Expect Driving Rideshare On Memorial Day

Memorial Day morning will be a bit slower than your average Monday. Most people will be off of work, so the usual morning rush hour will be pretty light. Starting around 11am, things should start to pick up.

Unlike driving New Year’s eve, you really shouldn’t have to do anything different when driving Memorial Day weekend. However, some drivers keep a bath towel in the trunk. Sometimes passengers are bringing prepared foods over to their friends for a barbecue. While the food is generally in a sealed container, it doesn’t hurt to put a towel underneath it, either in the trunk or on the floor of the backseat. If the container is jostled, or some food drops out, it’ll spill on the towel instead of directly on the interior of your car.

Other drivers may keep some bottles of water in the car, even if they don’t normally. The reason is that with the various parades and ceremonies, there will be a higher number of elderly passengers over the weekend. A lot of them will have been sitting in the sun for much of the day, and may be dehydrated.

If you choose to drive over the weekend, stay safe, and drive defensively and profitably!

How To Drive Uber Or Lyft In Los Angeles

Tips For Driving Lyft Or Uber On Halloween