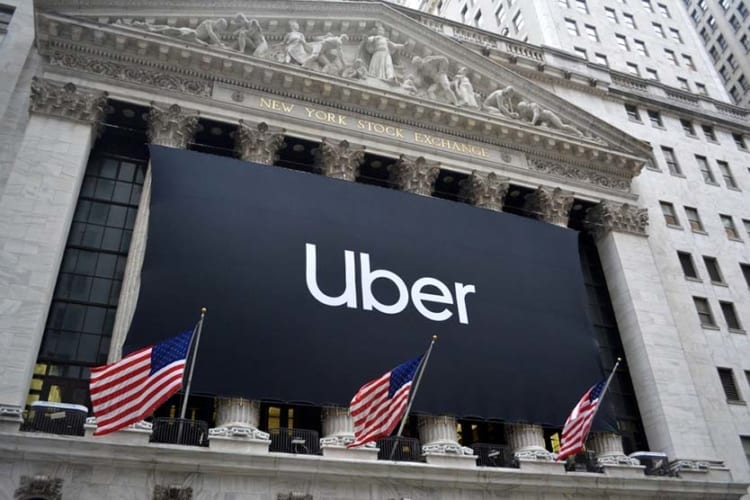 CNBC reported that Khosrowshahi sent a memo to employees encouraging them to look at the disappointing IPOs of Amazon and Facebook as a lesson in what to expect for the company’s future.

While pre-IPO valuations of the company were as high as $120 billion, their horrible stock performance in the past week has cut that estimate in half. Based on their current stock prices, Uber’s current valuation is hovering between $60-65 billion. However, the last couple of days have changed, as both Uber and Lyft are starting to see a slight increase in their trading prices.

Will Uber be able to gain ground and recover from their horrible IPO? It’s hard to tell. With tighter regulations and driver lawsuits, it may be quite a while before Uber sees any profit at all. As other rideshare companies look at Uber and Lyft as role models for the industry, it is becoming increasingly difficult to stay optimistic.

According to Bloomberg Intelligence Analyst Michael Schettenhelm, he believes the lawsuit is a lost cause for the drivers. “A lower court ruled for Uber, and we don’t expect the 3rd U.S. Circuit Court of Appeals will reverse course,” he wrote.

Both Uber and Lyft stocks rose Wednesday and Thursday as a result of the decision since driver relations is a key area of concern for investors. While this may temporarily help stock prices for both companies, without a true path to profit, the increase is most likely a fluke and will not continue.

In an attempt to control the explosion in incidents involving escooters, the city of Paris is threatening to ban all rentals unless companies agree to abide by a code of conduct.

The problem lies not with the companies themselves, but the riders. There are over 15,000 dockless scooters operating in Paris, and the number is poised to double very soon.

Riders are not following city rules regarding scooter use, often riding them on sidewalks instead of city streets. Because rentals can literally be left anywhere, when customers are done, they are leaving them in parking spaces, blocking sidewalks, and even throwing them in the river.

Legislation is in the works to impose stricter fines on riders that fail to follow the rules, but since a majority of riders are tourists, it’s hard to say how much control the government (or the scooter companies) have over the problem.

It’s tough to be in the autonomous taxi business. Waymo’s self-driving taxi service reported picking up its 1,000th customer two weeks ago.

The Insurance Journal noted that this shows very slow growth for autonomous taxis, but we beg to differ. Yes, it took six months to deliver 1,000 people to and fro, but the service only operates in Phoenix, which is not as densely populated as other US cities.

Once Waymo works out the bugs in its service and starts operating in major markets like San Francisco and Washington, DC, the autonomous taxi sector will grow quickly.

It’s true there is no fully autonomous vehicle in production today, but with innovative companies like Tesla and others hard at work, we’re likely to see this change sooner than we think.

The five-year-old company delivers to 13 cities in Indian from over 5,000 stores. This is the largest funding round ever for grocery delivery in India, making Grofers a viable alternative to big box grocery delivery services from Amazon India and Walmart’s Flipkart service.

As grocery on demand services heat up in both the US and abroad, it will be interesting to see if the services will revolutionize the way the world shops. Based on the current landscape, it looks like this is definitely one of the most lucrative sectors.

Next Post: Smart Tips for Integrating a Side Hustle into Your Life