I’ve heard you’ve been breaking some of our rules.”

Yup, Uber may have tracked users after they deleted the app.

This week, the New York Times revealed that Uber tracked users after they deleted the app from their Iphones. Basically, they used a technique called fingerprinting to log an Iphone’s serial number after the Uber app was uninstalled. This practice is expressly forbidden by Apple because of privacy concerns. Even worse, to try to hide their activity from Apple, Uber geofenced Apple headquarters to keep Apple from finding out. This did not work and in late 2015, Mr. Cook summoned Mr. Kalanick to Apple headquarters and dressed him down, leaving Mr. Kalanick shaken. Mr. Cook told him to stop the fingerprinting or Uber would disappear from the app store.

After the NYT broke the story, Uber issued a statement that did not deny or apologize for their behavior:

We absolutely do not track individual users or their location if they’ve deleted the app. As the New York Times story notes towards the very end, this is a typical way to prevent fraudsters from loading Uber onto a stolen phone, putting in a stolen credit card, taking an expensive ride and then wiping the phone—over and over again. Similar techniques are also used for detecting and blocking suspicious logins to protect our users’ accounts. Being able to recognize known bad actors when they try to get back onto our network is an important security measure for both Uber and our users.

Please note that the denial above uses the present tense. In others words, Uber said they don’t currently track users who delete the app. However, they have not denied using the practice in the past.

Are arrests on the way because Uber tracked users (illegally), or just more civil suits?

It’s almost a certainty that these revelations will lead to more civil suits against Uber. The real question is whether any Uber execs could be arrested? Unfortunately, the answer is probably no. While it would be satisfying for many Uber drivers to see Travis Kalanick do a perp walk, or at least appear at an arraignment, he’s probably not going to be arrested. 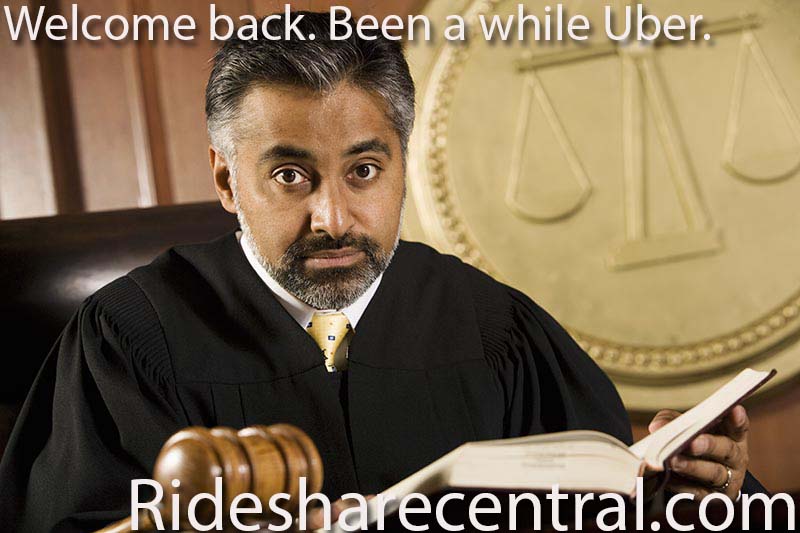 However, it’s possible the continuing torrent of awful PR could eventually spur Uber’s board to take action. While this is also unlikely since Mr. Kalanick controls most of the voting shares, it’s possible. It all depends on Mr. Kalanick’s CEO contract and if there are any clauses that could be used to justify his removal. At this point, he still has the support of the board. But if Uber keeps losing billions and stories keep breaking about atrocious and immoral behavior emanating from its executive suite, that could change.

Should Travis Kalanick be fired? Let us know your thoughts below?