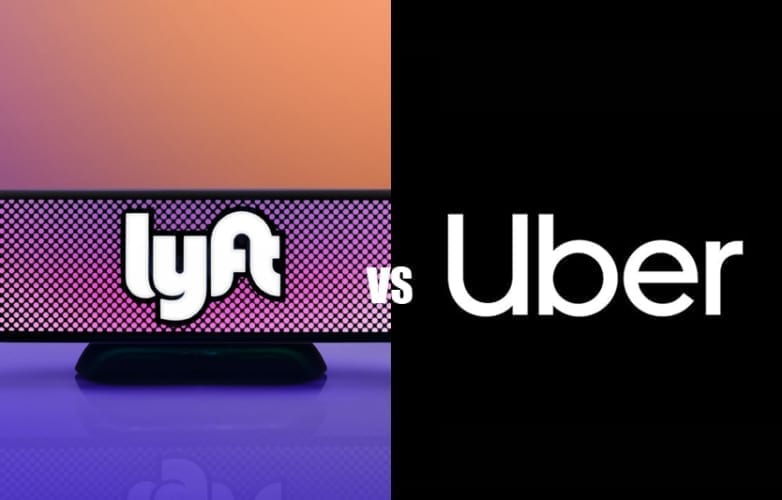 Is it better to be first or to be best? For Uber and Lyft, rideshare companies that started with different ideas than what we now know them for, the question of being first is moot. As a result, these two companies must compete to be the best at providing the exact same service — getting you where you want to go.

With a task as basic as getting humans from point A to point B, innovation is primarily in the hands of the drivers, which is currently limited to whether they pick you up in a standard combustion-driven car, hybrid, or completely electric vehicle. The natural next step will be autonomous cars, which still have a long way to go, though Lyft seems to have a leg up where autonomous transport comes in.

At this point, the part of the equation Lyft and Uber have control over is the overall design of the rider experience. And this is where each of the two rideshare giants has battled to out-innovate the other.

Uber and Lyft Disrupted Taxis — Now They Must Disrupt Themselves

Disruption seems to be synonymous with innovation in the tech world. Lyft and Uber disrupted the taxi industry by giving riders a way to hail a ride and pay their driver with their smartphones. This small move solved a problem taxi passengers didn’t even know they really had — the ability to quickly find reliable transportation without the need for cash.

Cool. But then what?

Allowing riders to hail a private car and pay via an app on their phones was a giant innovative leap. The rest have been, well, baby steps.

Of course, neither of these apps would have been possible without the expansion and improvement of GPS technology and mapping apps, as well as countless other integrated technologies, like secure payment methods.

In an almost comical game of copycat, Uber and Lyft both implemented:

The 21st-century solution to the “How’s My Driving?” bumper sticker, driver ratings enable passengers to report on what worked and what didn’t on their ride, alerting rideshare companies of bad/odd behavior so they can act when necessary.

This innovation places rideshare apps light years ahead of the taxicab industry, where many drivers could give two-spits about whether you liked them or not. On the flip side, passenger ratings encourage riders to be on their best behavior, lest they get a low review — which may affect their ability to get a ride next time around. Both Lyft and Uber possess driver and passenger ratings.

Both Lyft and Uber allow riders to tip their drivers in cash, but who carries cash anymore? Besides, one of the biggest draws of rideshare apps is the ability to easily pay through the app. Lyft recognized the reality that their drivers would have a better chance of receiving a tip if they were allowed to receive tips via the app. Since 2012, Lyft has given riders the ability to tip in-app. Uber, on the other hand, didn’t roll out in-app tipping until July 2017.

Lyft was the first to add this feature in May, 2016 after countless requests from riders all over the country. Lyft allows you to schedule a ride up to 24 hours in advance, with the option to modify or cancel within 30 minutes of your pickup time. Uber caved to peer pressure and followed suit later, but with even better terms. Uber allows a rider to schedule a ride up to 30 days in advance, with price locking at 60 minutes prior to pick up. Worried about late pickups? Uber will give you a $10 credit if your driver is late.

In an effort to increase their fleets of drivers, Lyft created the Express Drive Program, partnering with Hertz, Avis and Flexdrive to provide drivers with weekly or monthly rentals.

Uber partnered with Enterprise Rent-A-Car, then later Hertz to provide weekly rentals. They also offered a leasing program called Uber Xchange. However, it was losing a lot of money, so they spun the company off. They now partner with the spun off company, now called Fair (some call it Uber Fair), to provide longer term rentals/leases to drivers.

Why stop at human deliveries when you can make a little extra dough feeding humans through UberEats? While Lyft doesn’t have a dedicated food delivery function like UberEats, it did trial a TacoMode briefly, which offered riders the option to have their ride go directly to Taco Bell when the late-night munchies strike.

Another strategy both Lyft and Uber incorporated to expand market share is the tiered approach to riding. Uber was the first to initiate UberPool and ExpressPool, a carpool approach to travel, that Uber touts can be paid for with commuter benefits. The following day, Lyft launched Lyft Line to accommodate the same types of riders.

In addition to carpooling options, Uber provides a wide variety of riding options to accommodate riders who want more value as well as those who want more luxury or privacy, including:

As you might have guessed, Lyft also has a tiered approach, nearly identical to Uber’s. This is their version:

Both Uber and Lyft tiered systems have specific vehicle and driver requirements, and fares that increase based on the luxury value of the ride.

In an effort to increase driver pay and attract more drivers (high driver turnover an ongoing issue), both Uber and Lyft implemented rush-hour type fare increases — Lyft with PrimeTime and Uber with Surge Pricing. Both have significantly modified their surge and prime time programs in the past year, mostly because of customer complaints about outrageous charges.

For shorter rides, Uber has launched a fleet of electric JUMP bikes and scooters which, it hopes, will reduce congestion in cities and free up drivers for longer, more lucrative rides. Almost simultaneously, Lyft has launched its own brand of electric scooters and bikes in limited cities in the U.S, with the goal of getting one million cars off the streets in the next year.

The most recent innovation battle comes in the form of subscription plans. For $299 a month, Lyft riders can get an All-Access Pass entitling them to 30 private or shared rides of up to $15 each. Lyft also offers a plan for $169 per month for 30 rides up to $8 each. Uber has ride pass, which charges $14.99 – $24.99 per month and offers discounted rides.

What Does the Future Look Like for Lyft and Uber?

Uber dominated the early years of the rideshare industry, and could go public next year at a valuation of $120 billion, but has been rife with scandal. Lyft, on the other hand, started a little later, but has clawed its way to about 35% of the market. Lyft is also favored among drivers, has surpassed Uber as a CNBC disruptor for the past two years, and is closer to profitability than Uber. Lyft is expected to go public in March or April of 2019, with a valuation of $25 billion. An Uber IPO is likely in the Q2 or Q3 of 2019.

Neither company shows signs of slowing. From an innovation standpoint, both are actively lobbying for computer-assisted and autonomous cars and are actively seeking partnerships to further change the commuter game in the U.S. and abroad (Lyft recently expanded to Canada). Both companies have also begun pilot programs with municipal transportation systems, like Lyft’s Big Blue Bus pilot in Santa Monica, CA.

While Uber is still a much larger company than Lyft, they are far from profitable. We’ll probably see who investors think is a better buy some time in the next nine months. By then, you’ll probably be able to get your own piece of Lyft or Uber.

Previous Post: What to Expect When Driving for a Cannabis Company