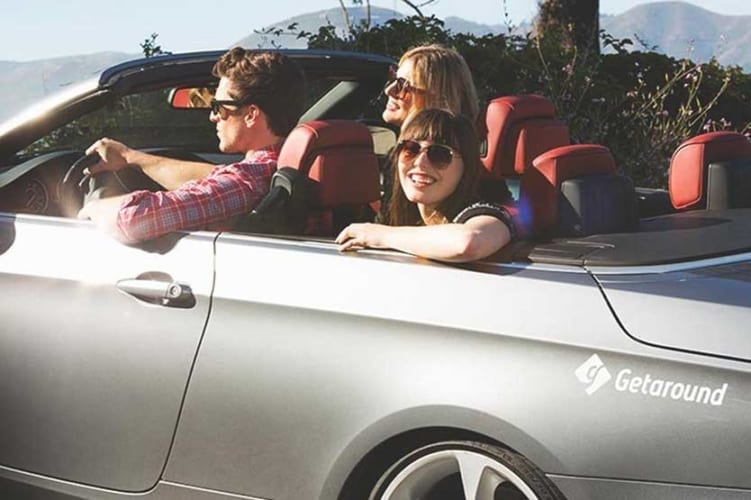 This week, UberEats is working to gain ground in the food delivery industry, the Scottish government opens a new MaaS fund, and Getaround adds seven new countries to its already massive user base.

UberEats Finds a Way to Get Into Restaurant POS Systems

Olo creates a software product, Olo Rails, that integrates with restaurant POS systems. This integration makes it easy for restaurants to manage orders from UberEats and other food delivery services.

This is a smart move for Uber Eats. Since March, the food delivery service has been unable to oust GrubHub and DoorDash from the top spots. Restaurants accepting UberEats that use Olo Rails will be able to easily manage orders on the backend, boosting UberEats’ reputation.

Scotland wants its citizens to ditch their daily driver for other forms of transportation. Last week, the Scottish government opened the application process for mobility companies to grab a piece of their £2 million MaaS (Mobility as a Service) fund.

According to SmartHighways, the purpose of the fund is to “explore the future of transport.”

Michael Matheson, Scotland’s Transport Secretary, made the announcement during the country’s MaaS conference in Edinburgh.

“The concept behind MaaS is to join up multiple different modes of transport and allow users to create their own unique journey from A to B and pay for it with a simple tap on their smart device,” said Matheson.

Even though Scotland may be late to the party, this three-year cash injection will help further development in a rapidly growing industry. It will be interesting to see how transportation will change in Scotland over the next several years.

Getaround Now Getting Around in Seven European Countries

Though Nabobil is nowhere near the size of Getaround, the strategic purchase brings Getaround to countries with high car ownership costs.

According to Getaround CEO Sam Zaid, Norway is “the third-most expensive place in Europe to own a car.”

The acquisition allows Getaround to expand into seven European countries:

In addition to gaining a significantly larger customer base, the entire Nabobil team will join Getaround to help manage the new territory.

This is the second acquisition by Getaround this year. The company bought Paris-based Drivvy back in April.

Getaround’s success is based largely around their trademarked Getaround Connect™ keyless entry system which eliminates the need for key exchanges between owners and drivers. The company also offers $1 million insurance policies on every ride and 24/7 roadside assistance (in the US).

Nabobil had almost 200,000 registered users at the time of acquisition. Is the acquisition worth the price tag? We think so. Getaround’s expansion into seven additional European countries will make carsharing more efficient.

Guide (aka Huang Bao Che in Chinese) is a ride-hailing app with an interesting focus: language and communication in foreign territories.

The app hires Chinese speaking drivers and focuses on matching clients with the appropriate driver to avoid language issues. The drivers are different from traditional Uber or Lyft drivers; they are just as much a tour guide as a transportation provider.

To compete with Didi Chuxing (the dominant player China’s mobility sector), Guide recently raised $50 million in a Series C+ Round.

As Guide continues to grow, they may give Didi a run for their money outside of China.

Mercedes-Benz has been hard at work on its Power EQ line of vehicles since 2016. The company’s Malaysian division previewed the new vehicles at the Future of Luxury Auto Show in Koala Lumpur earlier this month.

Three new models were unveiled, including an S-Class and C-Class plug-in hybrid. The EQC 400 4MATIC is a brand new car available in 2020.

With all the innovation happening in the mobility industry over the past several years, it’s easy to forget about traditional automakers. But Mercedes-Benz previewed a concept EQ vehicle back in March in Geneva, reminding auto enthusiasts about their upcoming 2020 launch.

Other automakers like Chevy and Honda have released electric vehicles faster than Mercedes. But they’ve stayed true to their luxurious reputation and taken their time to create a one-of-a-kind driving experience.

Next Post: Driver Pro Tips: Driving For Uber And Lyft Around July 4th

Turo: How to List and Rent Out Your Car

Getaround vs. Turo vs. HyreCar: Which Should You Rent From?