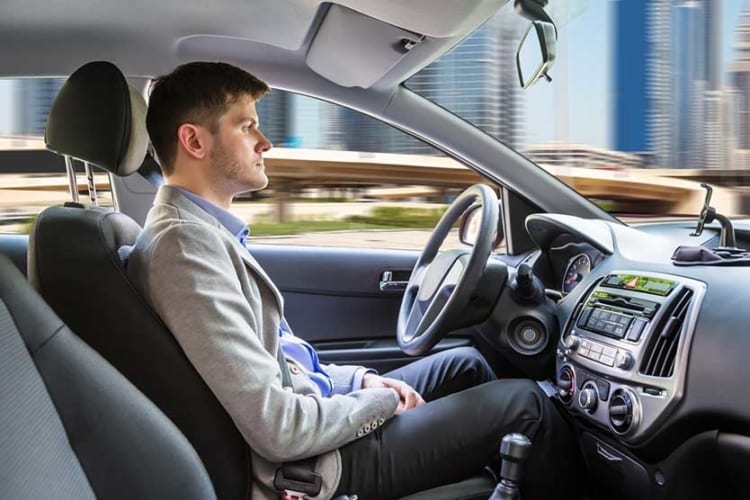 As self-driving cars have become more of a reality and less of a science fiction prop, global VC firms are stepping up to invest funds in the next big wave of the future. Investors are pouring cash into companies developing mapping software and firms creating cutting-edge navigation programs for brand-new fleets of autonomous cars. While you’ve probably heard of Waymo, Tesla, and the BMW – Mercedes partnership, there are actually hundreds of companies working and investing in self driving technologies worldwide.  Here are 10 VC firms getting a jump on the future by investing in self-driving cars.

When the prestigious VC firm announced in October 2017 that they were beginning a significant $1.5 billion push to fund autonomous vehicle startups, the tech community stood up and took notice. Within a two-month period, they raised over $330 million for Xiaopeng Motors in its run-up to the release of the G3 SUV crossover. More recently, IDG raised $112 million for Pony.ai’s self-driving platform and funded Kuandeng’s high definition mapping technology.

Since 2015, Michael Granoff’s Israeli VC firm has been targeting and funding promising autonomous vehicle startups worldwide. The company has poured millions of dollars into a wide variety of self-driving startups, including raising $25 million for Otonomo’s platform for designing autonomous vehicle apps. Maniv has dabbled in the automated fleet sector, funding a Series A round for Ridecell and raising $9 million for Upstream Security. The VC firm also raised $12 million for Drive.ai to further develop its autonomous driving software.

Launched by Samsung in 2013, the Catalyst Fund finances early-stage startups in the US and abroad. The company’s portfolio is full of nascent companies developing self-driving technologies. In 2017, the VC firm raised $30 million for Autotalks and $10 million for Renovo Auto. More recently, the company has moved into funding startups working on 3D sensing and accurate mapping for self-driving vehicles.

Explicitly created by the Toyota Research Institute to invest in AI startups, Toyota AI Ventures has spent the last year raising money for a host of autonomous vehicle startups. The company has raised over $160 million for Nauto, a Palo Alto-based startup whose self-driving system uses computer vision, GPS, and motion sensors to navigate. The VC firm has also invested heavily in May Mobility, an autonomous vehicle manufacturing startup from Michigan.

Although Matrix has historically focused on the fin-tech sector, the Chinese branch of American VC firm Matrix Partners has been increasingly eying the self-driving market. Since the beginning of 2018, the company has been sinking millions of dollars into burgeoning automotive vehicle companies. In January, Matrix raised over $320 million for self-driving vehicle manufacturer Xiaopeng Motors. They also participated in a $448 million Series B funding round for CHJ Automotive, a Beijing-based startup working on an autonomous electric vehicle.

Since it took charge of the $93 million Robolution fund in 2016, the Paris-based VC firm has shown increased interest in the self-driving sector. While other investors have bankrolled American and Chinese companies, 360 Capital Partners has spent its funds on French and Israeli startups. The firm raised $34.7 million for Navya’s fleet of autonomous cabs and shuttles in 2016 and recently contributed to a $10 million Series A round for Arbe Robotics’ high-performance vehicle radar systems.

Synapse Partners has its focus firmly on the future of AI in transportation. Managing director Evangelos Simoudis is a longtime champion of autonomous vehicles, and the company’s portfolio reflects this interest. Synapse is a staunch backer of Renovo Auto, a startup that makes a self-driving platform for automotive vehicles. The company has also provided seed funds for Understand.ai and Metamoto, newer startups dedicated to developing autonomous software.

With some of the deepest pockets in the venture capital world, it’s no surprise that GGV Capital has also made forays into the emerging self-driving vehicle market. The company gave a boost to Momenta’s HD mapping technology and raised Series B funding for Xiaopeng Motors. The firm was also an early investor in Ehang, a Shanghai-based company that is attempting to develop the first autonomous air vehicle.

While best known for successful exits from startups like Venmo and Blue Apron, Greycroft has also flirted with autonomous vehicle startups. The firm has been a significant funder of Optimus Ride, a Massachusetts-based company that makes self-driving software and whose cars can be seen traversing the streets of Boston. Greycroft has raised more than $20 million for the company’s low-speed electric vehicles.

Israeli billionaire Eyal Ofer launched his own tech VC firm in 2017, and since its inception, the company has concentrated on security and self-driving startups. Using its sizeable dedicated fund, O.G. has raised more than $18 million for Arbe Robotics. The Tel Aviv-based startup is working on an improved version of 4D radar to help self-driving cars navigate around obstacles in the road.

Developing self-driving platforms comes with a high cost; however, these VC firms have chosen to bankroll the next big trend by adding the most promising autonomous vehicle startups to their portfolios. As tech companies perfect dynamic radar cruise control and prepare urban centers for automated fleets, these firms are making the future possible.

Previous Post: Smart Tips for Integrating a Side Hustle into Your Life