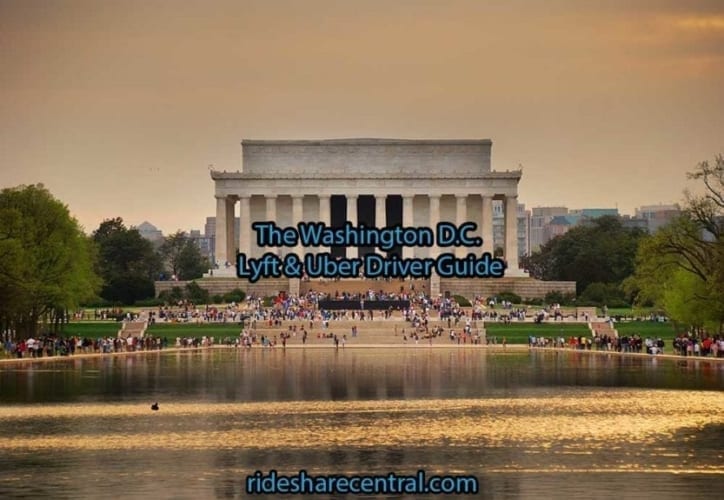 Drive Uber and Lyft Like A Pro In Washington, D.C.

D.C. is an excellent market on both the Uber and Lyft platforms. The market is home to many high traffic rideshare areas in Maryland, Virginia, and D.C. itself. There is also a lot of traffic going in and out of D.C. on long rides. If you drive Lyft or Uber in D.C., you wind up spending time in Virginia and Maryland also. If your vehicle is on Lyft Plus, Premier, or Lux SUV, or UberSelect, that translates to some very lucrative fares. Even the UberX and regular Lyft fares on those rides are pretty high. 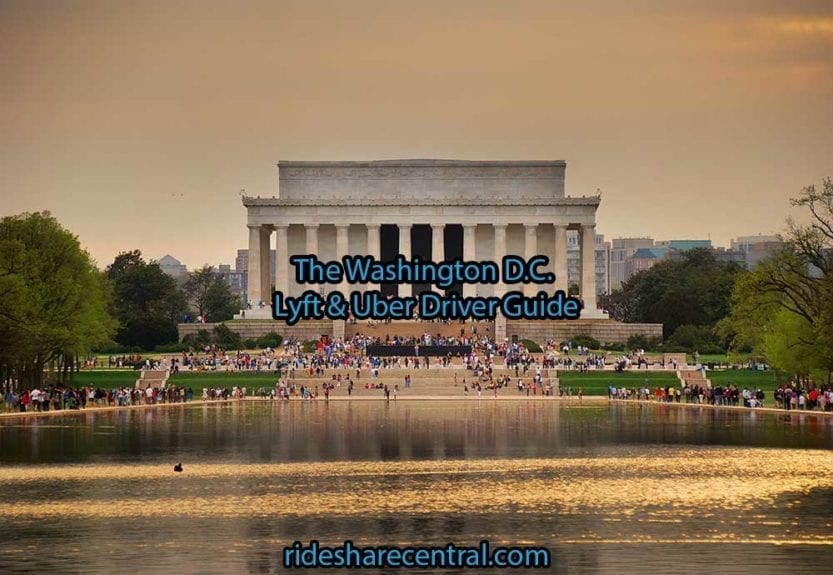 Where are the best areas to Drive With Lyft or Uber in Washington, D.C.?

If you’re driving for Uber or Lyft in DC, some good areas to find riders are:

If you’re driving rideshare in the Washington metro area, you’ll also do a fair amount of dropoffs and pickups from Nationals Park, the African American History Museum, the JFK Center, and the Verizon Center. Union Market is also busy on both platforms, but Lyft in particular. On weekends, Clarendon (VA), Adams Morgan, 14th street, and U street are great, especially later in the evening.

Unlike most markets, Washington D.C. has two major airports. Dulles has more international flights, while Reagan is the choice of most  business travelers. Lyft and Uber drivers in D.C. can often tell which airport someone is going by the amount of luggage they have. Business travelers tend to travel light, so if the pax has one small bag or just a carry-on, they’re likely going to Reagan.

Whether you’re on an airport run to Dulles or Reagan, after you drop off the passenger, don’t go directly to the waiting lot. First, check how many drivers are already in the lot. If there’s a ton of drivers (and traffic isn’t too terrible), don’t bother waiting in the lot. When it’s full, you can wait over an hour for a ride, with no guarantee that it’s going to be a long ride.

When are the best times to drive Lyft or Uber in Washington, D.C.?

The best times to drive rideshare in D.C. are:

Morning rush hours are generally great in D.C., at least when it comes to ridesharing. Because the D.C. metro is overpriced, and has some reliability issues, tons of people in the D.C. area have turned to Uber and Lyft. If you plan on driving during this time, Bethesda, Arlington, and Silver Springs are three heavy rideshare areas. You can often catch a ride from one of these areas into D.C., where you’ll be sure to catch more rides. Monday, Tuesday, and Friday morning rush hours will be the busiest weekdays most of the time.

For the evening rush hour, you’ll find riders in downtown and NoMa. Many drivers like to start around 4pm and drive until 9 or 10. They get the lucrative rush hour fares, but later on can get low traffic fares from northern D.C. to somewhere in Virginia. There are many people who work late in D.C., and they live in Virginia. Often, they’re at well paying jobs and they take a Lyft or Uber home.

On weekends, the Mall will be busy as will the hotels downtown. You can also catch great brunch fares from residential areas. Chevy Chase and Crestwood tilt towards Uber, while Foggy Bottom, Shepard Park, and the Georgetown and Howard areas have become more Lyft heavy. That being said, you can probably find rides on both platforms in all of these areas.

On weekend nights, you will make the most money between 10pm and 3am. Early in the evening, you’ll have a lot of rides coming in from the suburbs, as well as the D.C. residential areas I just mentioned (Foggy Bottom & Georgetown especially). Once it gets late, DuPont Circle, Adams Morgan, 14th Street, U Street, H Street, and Penn Quarter are the places to be.

Lyft vs. Uber In The Washington, D.C. Area

Uber has been in D.C. longer and has a larger market share than Lyft. However, Lyft has started catching up this year. They’ve done a lot of rider recruitment in the D.C., Virginia, and Maryland over the past year. As a result, they’ve more than doubled the number of rides they’re giving in those areas.

While Uber’s market share is still larger, your hourly pay will probably be a little higher on Lyft. Nationally, Lyft drivers make about $2 more per hour than Uber drivers. However, in certain markets, Uber is still busier than Lyft. If you haven’t signed up to drive for either service, you’re probably better off signing up with Lyft first. Unlike Uber, Lyft still has a sign up bonus, which has recently been in the $500 – $800 range in Washington, D.C.

During certain hours, your earnings can reach as high as $30-$35 per hour. However, when you’re just starting out, a more reasonable expectation is $15-$20 per hour when driving for Lyft or Uber in Washington, D.C. After a month of driving, you will be a lot better at rideshare driving, and should be able to pull in around $20 per hour, possibly more. If you’re part-time and can target the busiest hours, you can make more per hour from the get go.

Overall, if you target as many of the busiest days and hours listed above, you stand to make more per hour. If you want to drive part time, you can probably take home $20/hr or more, if you concentrate on morning rush hours (M, T, F) or weekend evenings. If you drive full time, or want to, you should also drive those hours if possible, and add in some evening rush hours as well.

Next Post: The Best Cars For Uber And Lyft

Back Door Ubering – Why You Should Never Take A Cash Ride