Here’s a quick roundup of the news from the rideshare world this week.

Lyft poached Uber’s pricing expert, Garrett van Ryzin, to head up their new Marketplace Labs. He will be looking at ways to intertwine Lyft services with public transit, and will also look to improve Lyft’s efficiency when matching riders with drivers.

In the UK, Uber lost its appeal against a ruling that its drivers are workers, not contractors. As such, they are entitled to basic rights like a minimum wage and holiday pay. However, Uber has two more appeals left in the case. It should reach the UK Supreme Court sometime next year. 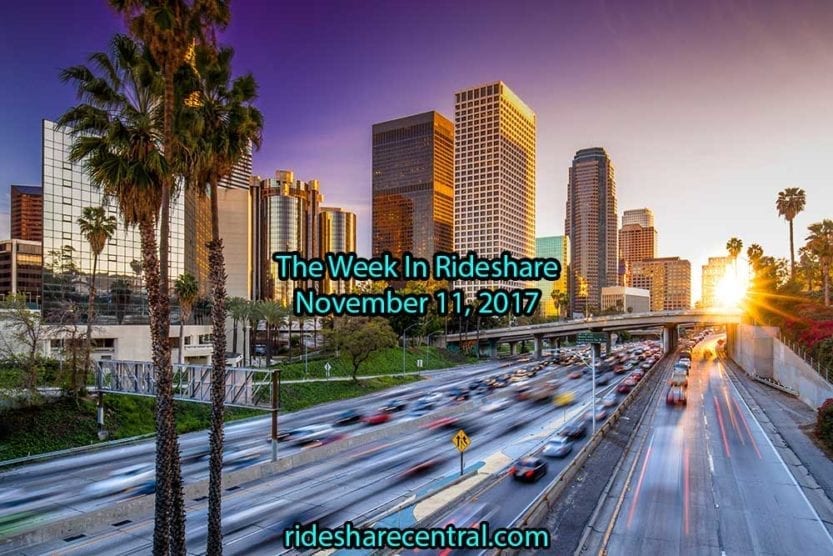 New Uber CEO Dara Khosrowshahi said the U.S. wasn’t a profitable market for Uber due to stiff competition from Lyft.

Khosrowshahi also released a list of new Uber company norms. They calling them norms instead of values. From Khosrowshahi’s post:

We’re also calling these cultural norms, rather than values, because we fully expect them to evolve as Uber continues to grow.

Some drivers might lament that they aren’t mentioned on the list. However, they would be wrong. According to Uber, drivers are now the customers. Uber contends that they simply facilitate the transaction between its customers (the drivers) and passengers. So, passengers, according to Uber, are not customers. While this may seem strange, the reason Uber is doing this has to do with the our last, and most important piece of news in the roundup.

In preparation for going public, Uber has adopted new revenue recognition rules that treat drivers as the company’s customers. The reason they are adopting this model is simple. If they use this model, when they go public, they will not have to report anything about driver earnings, at all. From the marketwatch article:

The ride-hailing service contends its customers are the drivers — not the passengers — and it merely facilitates their trips. Securing the SEC’s blessing of this view of its business model would allow the company to report financial results without disclosing how much money drivers are taking home.

In addition to being super shady, accounting experts say this is a dumb idea, and would actually hide pertinent information from stockholders. Makes sense. If you owned Uber stock, or any stock, you would probably want to know how much they’re paying their workers. From the article:

Uber Technologies Inc.’s plan for its financial reporting has drawn criticism from accounting experts, who say it may even contradict the company’s own auditor’s published advice to clients.

Unfortunately, Uber’s auditor, Price Waterhouse, and the SEC, have signed off on the new rules, so they’ll likely be in effect when Uber goes public.

If you’re a driver, what do you think of Uber’s new revenue rules? Leave a comment below and let everyone know.

Next Post: How To Drive Lyft Or Uber In Chicago