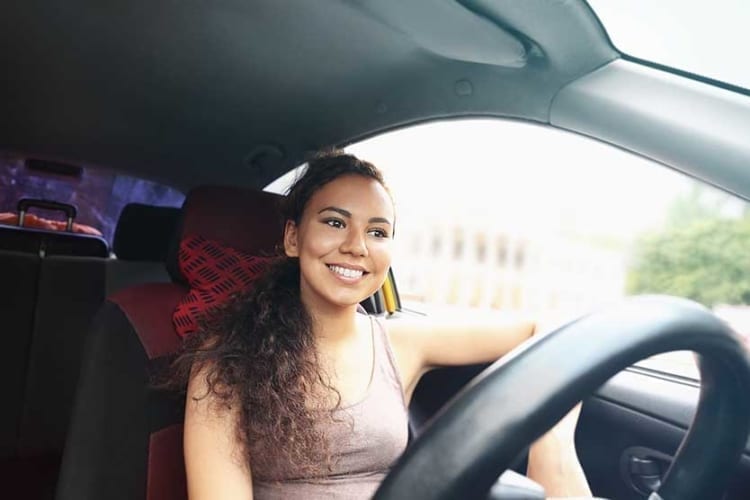 Ridesharing services don’t seem like they should suffer unduly from rampant sexism, and yet when you look into it, it’s actually easy to find a startling amount of misogyny permeating Uber and, to a lesser extent, Lyft. Ridesharing apps have been an amazing invention, and there are many drivers and riders who rely very heavily on it, but that doesn’t mean it’s without its problems. As with so many other industries, there are many ways that misogyny has crept into the Uber and Lyft world.

Interestingly, only 14 percent of Uber drivers are women, which is higher than the average percentage of female taxi drivers, but lower than Lyft, which is at about 30 percent. Certain things that ridesharing has improved over traditional taxis, such as the ability to track rides and accept payment in a non-cash manner, has definitely increased safety. But feeling “safer” doesn’t necessarily mean that women feel “safe.” The problem is, those perceptions aren’t always able to be completely disproved.

It’s extremely common for women to be more perceptive to potential danger, even if the situation turns out to be okay. As part of a group that has a 70 percent chance of experiencing violence from men at some point in their lives, it makes sense that women would be more attuned to danger, and also more worried about being caught in a dangerous situation. Honestly, it’s not completely ridiculous for women to be worried about the safety of being a rideshare driver. Below is an explanation of why women may feel less safe in the rideshare business and what can be done to fix it.

“Safety” is often conceptualized as the idea of avoiding being physically injured as a driver. Certainly, that’s an important part of being safe on the job, and it’s an issue that can affect male rideshare drivers as much as female ones. Being a cab driver is one of the ten most dangerous jobs in the United States. Though homicide rates are still extremely low, and ridesharing services have found ways around many of the most pressing safety issues that drivers face, it’s understandable to be concerned about that aspect of staying safe. When it comes to physical injury, it’s also common to worry about being struck by other drivers or getting in an accident, both of which are general risks for injury on a day-to-day driving basis, even if you don’t have passengers in the car. 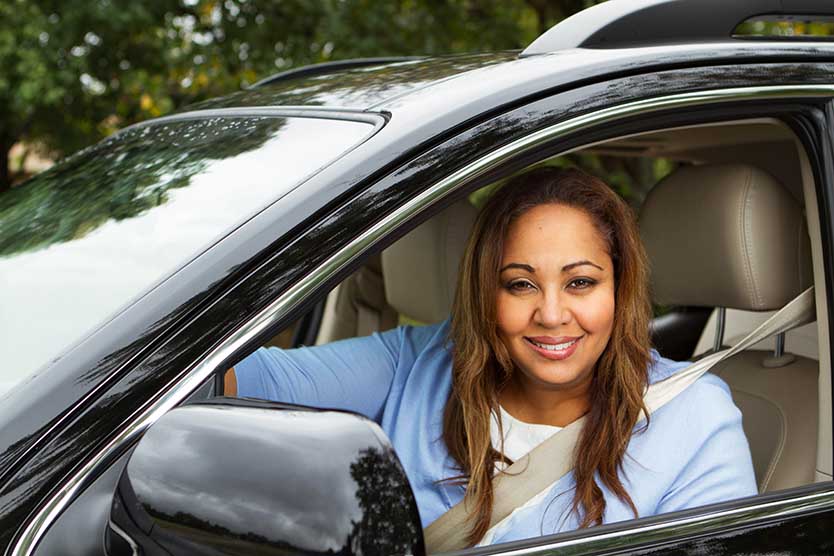 Many of the Uber and Lyft safety tips focus on this kind of safety, attempting to help drivers understand how to drive without getting in an accident, as well as how to keep some space between the driver and the passenger, to reduce potential conflict. In fact, of the seven safety tips Uber gives its drivers on its website, four are with regards to avoiding accidents or staying safe in the case of an accident. Only two vaguely reference proactively keeping the peace with your riders, and one explains how to report riders after the fact, if necessary. These are definitely important safety tips, and ones that all riders should keep in mind, but the truth is, female drivers face different challenges when it comes to safety, and it’s not being addressed as well as it should be.

For women, “safety” includes things like being hit on, being touched inappropriately, and even being literally stalked by men. Though simply being flirted with in a situation where you can’t walk away can be an annoyance, many women are forced to see it as a potential danger as well, because they have no idea how volatile the man talking to them is. Turning down a man who clearly seems insistent on getting your number, no matter how polite you are and what excuse you give, could become violent with absolutely no warning, transforming into a severe safety concern within seconds. While physical safety is extremely important, there are behaviors men often exhibit toward women that, while not physically violent on the surface, can easily develop into something dangerous. Many women find the prospect of being alone in a car with a male passenger daunting, and that’s part of the reason many women don’t want to drive for rideshare services.

The issue at hand, obviously, isn’t that women just don’t like driving. After all, HopSkipDrive, a startup that helps harried parents transport their kids to and from appointments and outings, boasts a driver base that’s nearly 100 percent women. Rather, it seems like the issue is split between women who have had bad experiences with Uber or Lyft’s responses to assault, and women who hear these horror stories and decide that they would be better off not putting themselves in that position.

Certainly, there are a number of women who have had previous bad experiences with Uber and have determined never to drive for them again, even if they do decide to use other rideshare services like Lyft. One particular example, which made multiple headlines, was that of an anonymous alleged assault victim who received multiple form letters from Uber after contacting them regarding the incident; in a statement to Forbes, she stated that she was deeply disappointed in the handling of her case, and she never wanted to work for Uber again. A specific anonymous Arizona driver said that she has had unwanted advances “about five times in about a thousand rides,” and, despite the fact that she personally has decided to continue driving for Uber, she believes that every woman is going to have to face that at some point. It’s extremely scary to be confronted with these stories and still make the decision to do that sort of work.

One of the big things that has to change is ridesharing itself. This has already happened in some ways; long ago, drivers could see Lyft passengers’ numbers, leading to some creepy, uncomfortable situations, but that has changed. However, both Uber and Lyft need to make some big changes in how they react to claims of harassment, because right now, their track record isn’t good. Only responding to harassment reports with a phone call after a media outlet releases the story looks bad, and warns women away from the company.

Another thing that needs to change is the companies’ opinions toward women. Lyft has more than twice the percentage of female drivers, and some of that is likely due to the fact that Uber’s official stance on women isn’t exactly rosy. Back in 2014, Uber launched a blatantly sexist promotion called Avions de Chasse, named after a colloquial French term used to describe a beautiful woman, where they effectively advertised the idea of being picked up and driven around for 20 minutes by a model. Travis Kalanick, the prior CEO of Uber, was also well-known for being extremely sexist, which has understandably driven many female riders away from the company. 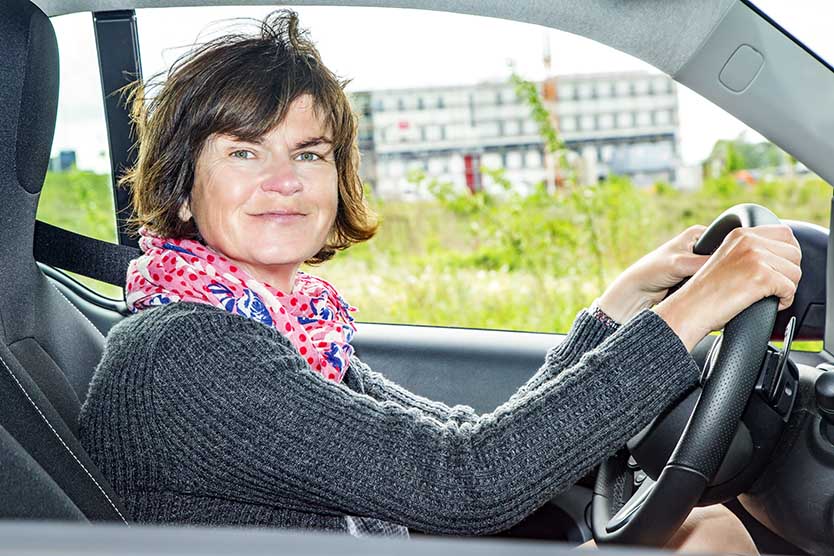 If Uber, and to a slightly lesser extent, Lyft, are legitimately interested in making sure that they recruit more women to drive, they need to actively reach out and demonstrate that they take issues with harassment seriously. It’s not just good PR, either; it’s good business sense, as women have been shown to be substantially safer drivers than men. But as long as these horror stories, and Uber and Lyft’s subpar reactions to them, are big news, it’s not going to attract female drivers.

So, Is It Safe to Be a Female Lyft or Uber Driver?

While women who driver for Uber and Lyft definitely have more horror stories regarding their passengers, and tend to also have the unique experience of being resigned to it as a reality, many of them do continue to drive. These women are still driving for Uber or Lyft after having experiences with sexism or harassment, because they don’t feel like the overall risks outweigh the benefits, and because it’s a job that pay money. Though there are risks, many drivers say that the dangers they experience are “nothing that would scare me into not driving again,” as a Los Angeles Uber driver stated. For many women, it’s the perception, and not necessarily the actual reality, that stops them from driving for Uber or Lyft.

While there are certainly dangers in driving for Uber or Lyft, it’s an overhyped myth to say it’s so dangerous that you’re at severe risk of being injured or assaulted if you Drive With Lyft or Uber. Even some of the more sketchy incidents can turn out to be okay; sometimes, just picking up drunk guys can end better than you’d be worried about. Most of the time, it’s smooth sailing, and even the women who do experience unwanted harassment usually don’t have it end up escalating to physical violence. You should take steps to ensure your safety, and it’s likely that you should be a little more cautious than men would. However, if you want to sign up and earn some extra cash, don’t let anyone stop you — Uber and Lyft are both options that you can and should consider pursuing.

Uber only loses $708 million in the first quarter